Nintendo Direct Rumored For This Week, Would be the Last Before Reggie Fils-Aime Retires 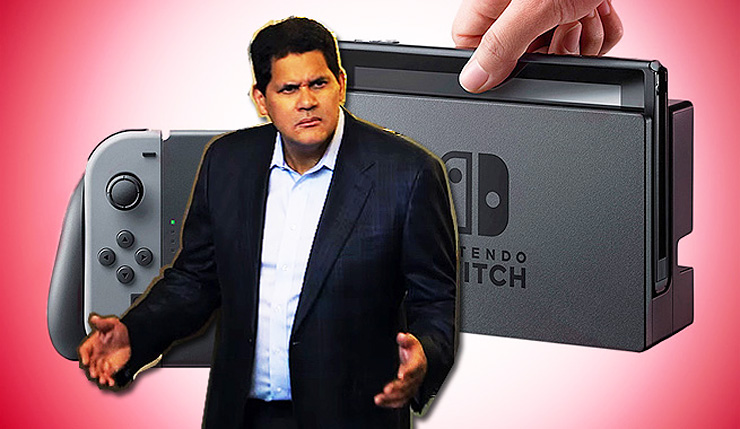 Just can’t wait until E3 2019 for the latest round of Nintendo news and announcements? Well, it seems you may not have to. According to the usually-reliable folks at Gaming Intel, the next Nintendo Direct will be taking place this week, likely on April 11. Take this with a grain of salt for now, but the date seems plausible, as Nintendo Directs often drop on Thursdays.

So, assuming we are getting a Nintendo Direct this week, what can we expect from the show? Well, Nintendo of America president Reggie Fils-Aime recently announced his retirement, with April 15 being his last day on the job, so there’s a good chance this Direct could include some sort of sendoff. Reggie has participated in a variety of fun skits over the years, so it will be interesting to see what Nintendo might cook up for the big guy.

Of course, we’re still waiting on new information and release dates for a number of exclusive Switch titles like Animal Crossing, Pokémon Sword and Shield, The Legend of Zelda: Link's Awakening, Super Mario Maker 2, and Luigi's Mansion 3. A number of other games, including Persona 5, Metroid Prime Trilogy, and some version of The Legend of Zelda: A Link to the Past recently popped up on Best Buy’s online store, so perhaps we’ll also see one or more of those confirmed?

Oh, and what about those new Switch models that are rumored to be launching as early as this summer? 2019 is set the be a busy year for Nintendo, so this Direct could be a big one. Or maybe it will be more of a “for fans only” sort of thing – either way, dedicated Switch owners should keep their eyes open.

What do you think? Are we getting a new Nintendo Direct this week? What would you like to see the show focus on?