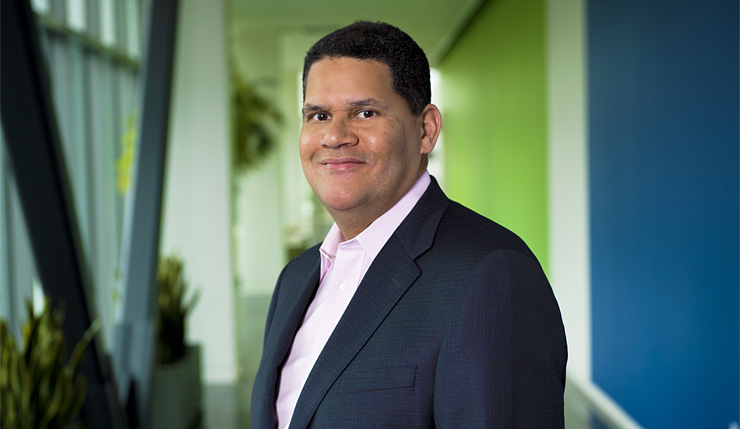 Nintendo of America’s well-loved president Reggie Fils-Aime is retiring after 15 years with the company. April 15 will be his last day on the job. Reggie will be replaced as NOA President by Doug Bowser, who’s currently the company’s senior VP of sales and marketing. So, yes, Nintendo of America will soon by led by (Doug) Bowser. I can’t imagine Mario will be happy about this.

Nintendo fans, Reggie has a message for all of you. Please take a look. pic.twitter.com/EAhaEl5oEJ

In an official statement, Reggie reflected on his time as head of NOA.

“Nintendo owns a part of my heart forever. It’s a part that is filled with gratitude – for the incredibly talented people I’ve worked with, for the opportunity to represent such a wonderful brand, and most of all, to feel like a member of the world’s most positive and enduring gamer community. As I look forward to departing in both good health and good humor, this is not ‘game over’ for me, but instead ‘leveling up’ to more time with my wife, family and friends.”

“It has been my great fortune to work with and be mentored by Reggie for four years at Nintendo of America, and rest assured, we will continue to build on his work to evolve and expand our brand, furthering Nintendo’s global mission of creating smiles. There are millions more of those to come.”

Reggie immediately made a name for himself during his first major public appearance at E3 2004, announcing he was about “kickin’ ass, takin’ names, and makin’ games,” an unusually boastful stance for a Nintendo figurehead. Since then, Reggie’s become a bit of a living meme, but behind the scenes he’s been a steady guiding hand that helped Nintendo reach new heights during the Wii era and stay afloat during the troubled Wii U era. With the Switch selling like hotcakes, he gets to step away on a high note.

What are your favorite Reggie Fils-Aime moments and memories? How do you think Nintendo of America will do without him at the helm?