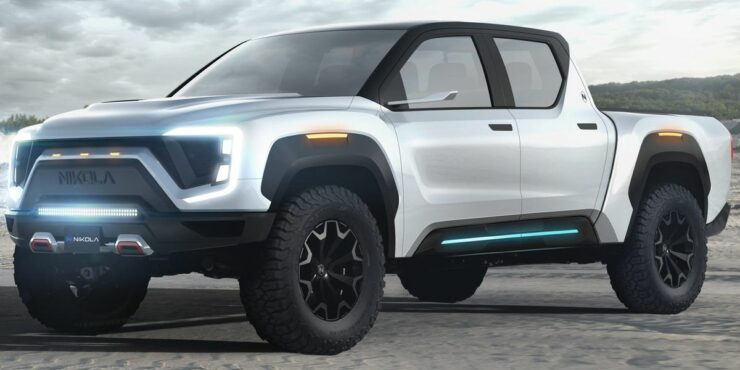 Nikola Corporation (NASDAQ:NKLA) has been a subject of perennial interest in the financial circles ever since it debuted on the NASDAQ index with a bang back in June. Today, however, investors are getting their first look at a major skeptic’s viewpoint as Hindenburg has come forward with a damning report against Nikola.

While the report is quite detailed, we have highlighted some of the important allegations that Hindenburg has levied against Nikola:

In order to better understand some of these allegations, additional context is merited. As stated earlier, Nikola has entered into a strategic partnership with General Motors. As per the terms of this collaboration, General Motors (NYSE:GM) will receive an 11 percent stake – based on 47.7 million shares – in Nikola Corporation for providing services as well as access to key parts and components. Specifically, General Motors will manufacture the Nikola Badger electric pickup truck – the BEV as well as the FCEV variants. It will also provide batteries and fuel cells for Nikola’s Class 8 trucks. To this end, Nikola will utilize GM’s under-development Ultium battery system and Hydrotec fuel cell technology. For its part, Nikola will be responsible for the sale and marketing of the Badger truck while also retaining control of the Badger brand. As an additional incentive, GM has acquired the rights to at least 80 percent of the tax credits that will be generated through retailing the Badger truck. Additionally, GM will also get the right of first refusal to the residual 20 percent of these tax credits.

As is evident from the details above, Nikola is indeed relying solely on GM’s technology for the production of the Badger electric truck without utilizing any of its supposedly extensive proprietary technology.

Another crucial part of this damning report deals with the company's botched reveal of its Nikola One Class 8 electric truck. According to the pertinent reporting by Bloomberg, the company had unveiled an undrivable prototype while claiming to the contrary:

“Milton then made several comments to the crowd at the December 2016 event suggesting the Nikola One was driveable. The statements alarmed people familiar with the truck’s capability, who told Bloomberg News recently that it was inoperable and missing key components to power itself. On Wednesday, Milton said key parts were taken out of the vehicle for safety reasons and that it never drove under its own power.”

While it is up to the company to clarify these serious allegations, its shares are indeed taking a beating. As an illustration, the stock is currently down over 10 percent in early morning trading.

While most investors were waiting for Nikola to issue a line-by-line rebuttal of Hindenburg's allegations, the company has instead chosen to release a brief press statement on Friday, vowing to initiate legal action against the research house. This, to say the least, is not a satisfactory response. We await further clarification.

Trevor Milton will not provide any further details until the SEC completes its investigation.

Nikola retained outside counsel Kirkland & Ellis LLP and authorized them to reach out directly to the SEC. The allegations are false and deceptive. On advice of counsel however, I won’t comment further now other than saying that we have involved SEC. It is in their hands and i pic.twitter.com/k1Cz3Hymca

have to let them run their process. I want you to see how I have addressed each point, but it will have to wait to be until the SEC finishes their work. Let's be clear, Nikola approached the SEC, not the other way around. The author wanted emotion and we won't give it to them