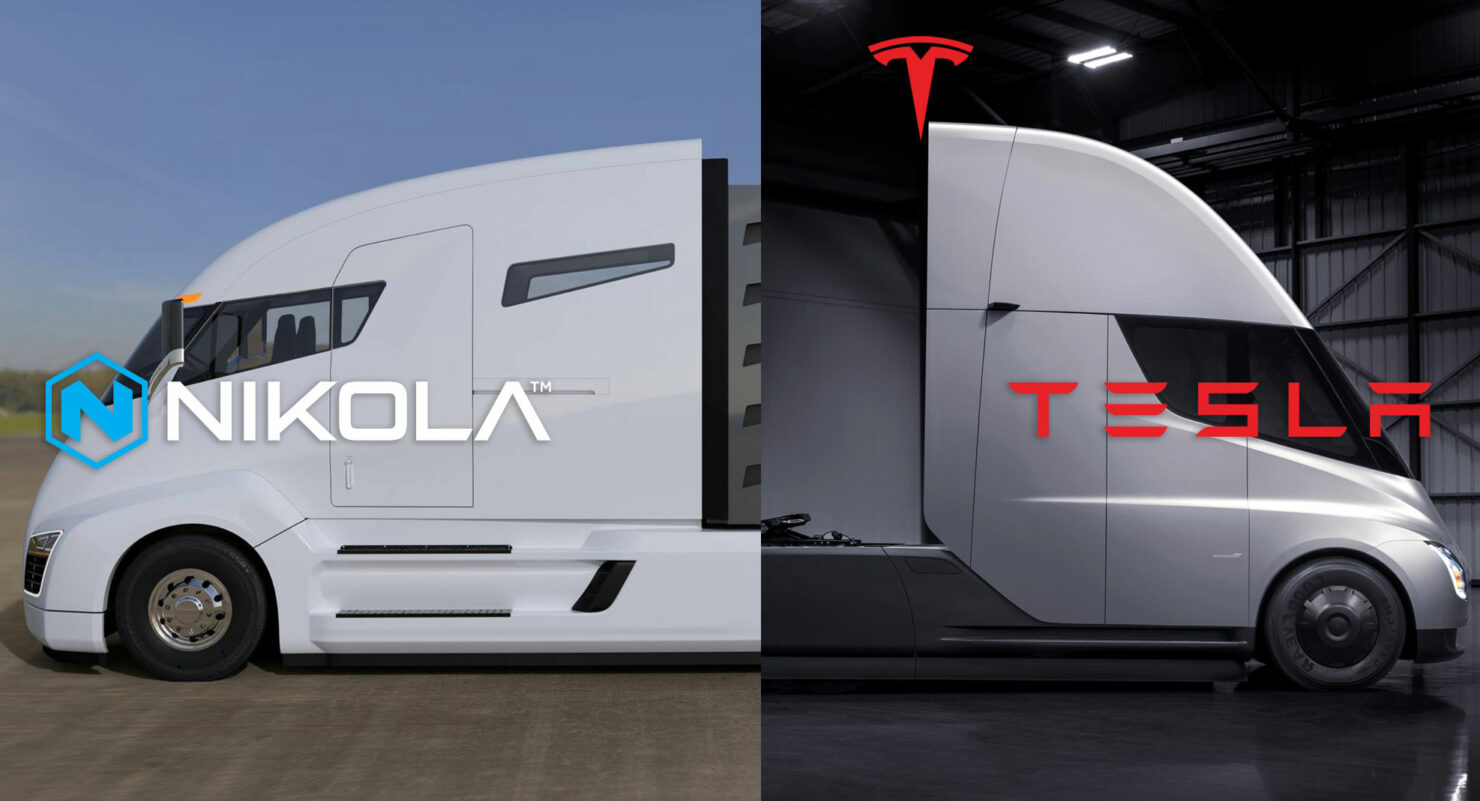 Nikola Corporation (NASDAQ:NKLA) can’t seem to catch a respite as a number of fast-moving developments keep hammering the company, increasing doubts as to whether it can continue as a going concern.

In a profound development that has taken place over the last couple of hours, the patent counsel for Tesla (NASDAQ:TSLA) has now alleged that Nikola stole the design for its Nikola One truck:

Nobody will ever believe this, but it appears Nikola actually stole the design for the Nikola One semi, as alleged by Tesla’s patent counsel in today’s filing. pic.twitter.com/Ft0QshNzCX

This, for all intents and purposes, has turned the tables on Nikola which had initiated a $2 billion lawsuit against Tesla for infringing on Nikola One’s three design aspects – mid-entry door, wrap windshield, and the shape of the body (cab).

It should be noted that the lawsuit stood on shaky foundations from the get-go given that these design elements have existed in the wild for decades, even preceding Nikola’s existence. Tesla has consistently maintained that Nikola’s lawsuit has no merit. Nonetheless, back in April, Nikola did win a small victory as the USPTO had refused Tesla’s request to force Nikola to modify its patents. However, given the latest developments, the lawsuit appears to be tearing at its seams.

Of course, this is not the only damaging development to emerge for Nikola in recent days. Bear in mind that the company was forced to offload its controversial Executive Chairman, Trevor Milton, earlier this week amid a public uproar following damning allegations leveled against the company by Hindenburg Research. As a refresher, Hindenburg’s attack against Nikola featured two main volleys. The first asserted that, contrary to its public claims, Nikola does not possess any revolutionary or proprietary technology concerning batteries and hydrogen fuel cells, as illustrated by the fact that it is utilizing GM’s under-development Ultium battery system and Hydrotec fuel cell technology for the Badger pickup truck. The second allegation alluded to Nikola’s supposed proclivity of employing deliberate deception as modus operandi.

More recently, the Wall Street Journal reported that Nikola’s ongoing negotiations with several industry players, including BP, for the construction of hydrogen refueling stations had hit an unexpected roadblock following the souring of the sentiment against the company. Nonetheless, critical partners of the troubled company – General Motors and Bosch – still appear to be backing Nikola.

Finally, just hours back, Wedbush Securities appears to have turned bearish on Nikola. As an illustration, Wedbush analyst, Dan Ives, downgraded the company to an ‘Underperform’ rating. Ives wrote in his investment note:

"While we have watched this name from the sidelines given our caution on the execution front, we now believe the downside risks outweigh any positives for the stock."

The analyst went on to add:

"Overall, we still believe the company's EV and hydrogen fuel cell ambitions are attainable in the semi-truck market, although we have serious concerns that the execution and timing of these ambitious goals stay on track over the coming years."

Moreover, Ives believes that the battery innovations announced by Tesla during its recent Battery Day event bolstered the case for a downgrade by reducing the comparative attractiveness of EVs powered by hydrogen fuel cells.

This litany of adverse developments has been hammering Nikola’s shares. As an illustration, after falling over 25 percent yesterday, the stock is down another 11 percent in today's pre-market trading. Relative to the closing price of $34.19 last Friday, Nikola shares have registered a loss of around 45 percent over the course of this week!