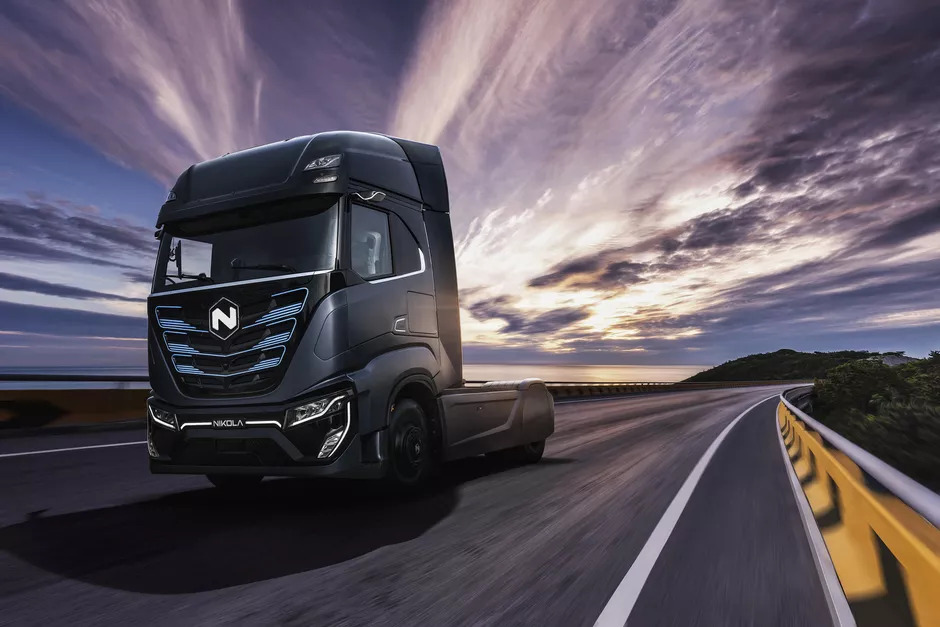 Nikola (NASDAQ:NKLA) has certainly rocked the entire EV space over the past few weeks. Despite not earning even a dime in revenue until 2021, the company’s share price has been on a tear, wracking up year-to-date gains of over 500 percent. However, today JP Morgan (NYSE:JPM) has injected a cautionary tone in Nikola’s ongoing saga, initiating coverage with a ‘Neutral’ rating while acknowledging “elevated” short-term risks.

JP Morgan analyst Paul Coster stamped a ‘Neutral’ rating on Nikola’s high-flying stock today, designating a $45 price target for the company’s shares. This translates to a downside potential of 31.71 percent relative to the closing price of $65.90 on Friday.

The analyst wrote in the investment note:

"NKLA is poised to disrupt the transportation industry with rapid deployment of hydrogen infrastructure and FCEV powered vehicles for use on long haul trucking routes, reducing CO2 emissions meaningfully and positioning the firm for a key role in the future hydrogen economy."

However, according to Coster, the near-term risks appear “elevated” for Nikola shares, propounding for a pull-back:

"The resulting business model could be compelling, however, risks are elevated for this pre-revenue company, and the stock looks fully valued here, so we look for a pull-back or incremental positive development to get more constructive."

Over a longer time horizon, however, JP Morgan appears much more optimistic. As an illustration, the Wall Street behemoth states that Nikola could earn $14 billion in revenue and $1.5 billion to $2.0 billion in EBITDA by 2027. Notably, JP Morgan’s price target of $45 for Nikola shares is based on 30x the 2027 EBITDA estimate of around $1.7 billion. Nonetheless, this target is substantially short of the consensus sell-side price target of $79.45.

Nikola’s share price had plunged last week when it disclosed via a prospectus, filed during the after-hours trading session on Monday, that it may issue 23.89 million additional common shares upon the exercise of pertinent warrants. Moreover, as per the filing, 53.39 million common shares along with 890,000 private warrants may be sold by “selling security holders” at appropriate intervals. The announcement revived fears of an onslaught of insider selling, prompting a decline in the stock price.

The plunge in prices was preceded by Nikola’s unveiling of three reservation packages pertaining to its Badger electric truck. The packages start from $250 and go all the way up to $5,000, offering free balloting entries for the Badger giveaway, discounts on the MSRP of the company’s offerings, and tickets to the Nikola World 2020. As a refresher, the reservations for the Badger truck commence on the 29th of June.

The company has already generated waves with its Class 8 electric trucks, garnering significant interest from the trucking industry. As an illustration, the company has registered around 14,000 pre-orders for its trucks, translating to potential revenue of up to $10 billion. However, it should be noted that these pre-orders do not require any deposit or a firm cash commitment. This means that anyone, including the company insiders themselves, may have placed such orders to generate the hype. Additionally, it is as yet uncertain whether Nikola imposes any penalty for the cancelations of these pre-orders.

The company has substantially charged its investors with futuristic claims of offering its vehicles in two power configurations: an FCEV (Fuel-Cell Electric) or BEV (Battery-Electric). The company is currently developing a network of hydrogen refueling stations where its trucks can be refueled in a matter of seconds, thereby, reducing journey times. Moreover, without the added heft of a full-scale battery, fuel cell-powered trucks can, in theory, transport a greater quantum of cargo.

Nikola’s share price is down 2.37 percent in today’s pre-market session, trading at $64.34 level as of 09:12 a.m. ET. The company currently has a market capitalization of around $23 billion.