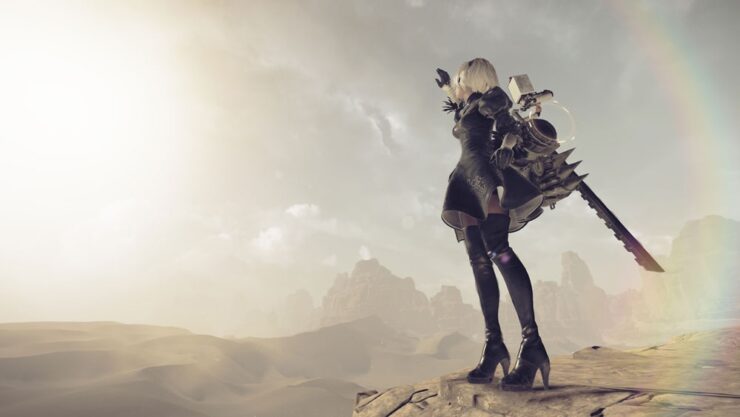 [Update 2] PC Gamer has now confirmed that the PC version of Nier Automata won't be released on the same day as the PlayStation 4 one. We will let you know more about the matter as soon as possible

[Update] According to a report from PC Gamer, Nier Automata will release on PC on the same days the PlayStation 4 version releases in North America and Europe.

[Original Story] During the PlayStation Experience 2017, it's been confirmed that Nier Automata, the action role-playing game developed by Square Enix in collaboration with Platinum Games, will release in North America and Europe on PlayStation 4 in early March. The release date for the PC version of the game hasn't been revealed, and it seems like it has yet to be decided.

Following the release of the Nier Automata PSX 2016 trailer, fans have asked director Yoko Taro about the Steam release date, who told them to ask Square Enix about the matter.

Thank you very much for many reply. And I can't answer about release date of Steam version. Please ask Square Enix. Thank you. https://t.co/OJYG6y2jXj

We haven't confirmed the Steam release date yet I'm afraid

At the same time, Dan Seto stated that the team is trying its best to release this version of the game alongside the PlayStation 4 release, so there's still hope for a simultaneous release on all formats.

The PC version of Nier Automata has been confirmed a few months back, with Platinum Games itself handling development. Not much else is known about this release at the moment, but it's been hinted that the game might be locked at 1080p/60FPS.