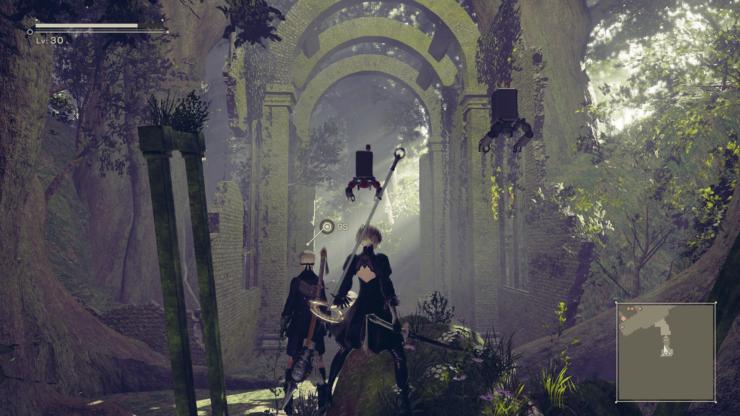 The PC version of Nier Automata suffers from a variety of issues that are preventing many from fully enjoying the game, and Square Enix has yet to address any of these issues. Dedicated modders have stepped in to provide the fixes the community expected from the developer, and the latest version of the Far mod seems to fix one of the most annoying issues of the game.

The latest version of the Nier Automata Far mod by Kaldaien, which can be download by going here, completely fixes stuttering during cutscenes. Apparently, Kaldaien managed to fix the issue by switching the frame rate limiter from Sleep to unlocked.

Even with all the fixes of the Nier Automata Far mod, there are still plenty of things to improve in the game. Well-known modder Durante recently revealed that he is working on bloom and god rays effects improvements, sharing work-in-progress screens showcasing these improvements.

It's a shame that the PC version of Nier Automata has been released in such a state, as the game itself is one of the best action role-playing games of the year, thanks to Yoko Taro's storytelling and Platinum Games signature engaging gameplay.

Nier Automata is now available on PlayStation 4 and PC in all regions.

NieR: Automata Rumored to be Making the Jump to Xbox One

Yoko Taro Thinks He’ll Make Failures Next, So He Wants To Make As Much Money As He Can Meanwhile