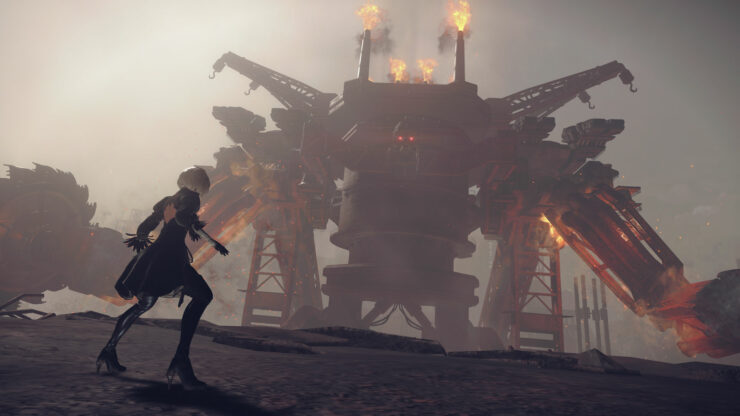 Save humanity against the evil mechanical aliens. Square Enix confirms that PlayStation 4 users can get their hands on a demo for action RPG NieR: Automata being developed by Platinum Games later this month.

The demo for Automata will be available on the Playstation Store December 22. The demo takes place in an abandoned factory where Android 2B has to destroy an enemy weapon that lies inside.

In the not so distant future, aliens released an army of machine monsters on Earth. Mankind fled to the moon for safe harbor. In order to combat the alien machine menace, humanity built their own fighting force of Androids. You play as one particular Android, 2B, who needs to try to take back planet Earth by using a variety of weapons.

Platinum Games is promising their trademark buttery smooth combat running at 60 frames per second in this action RPG. Aside from getting a release date and demo info, we also caught a glimpse of Nier: Automata's Black Box Edition which is priced at a fairly steep $190.00. 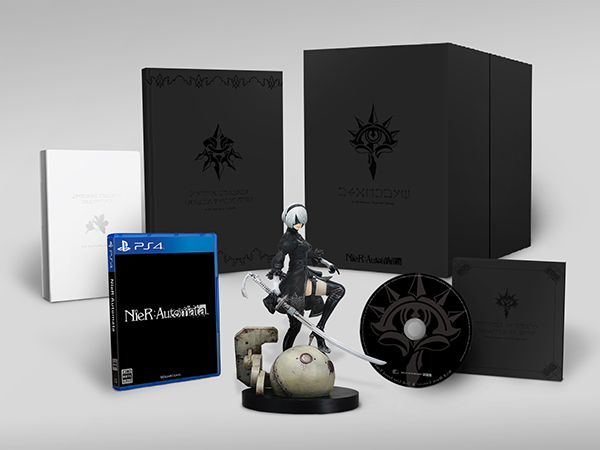 NieR: Automata will be available March 7th in North America and March 10th in Europe, at least for Sony's PlayStation 4. The PC version is yet to receive a release date, on the other hand.

Square Enix’s Outriders is Coming to Stadia in Early April