With Cyanogen 12 OS introduced, OnePlus users have been demanding more features to enhance utility and make the most of this update. Seemingly, Cyanogen has announced a global partnership with Truecaller for the provision of a new caller ID feature. The Caller ID feature enhances the utility of in-phone calls by blocking unwanted and unauthentic calls. 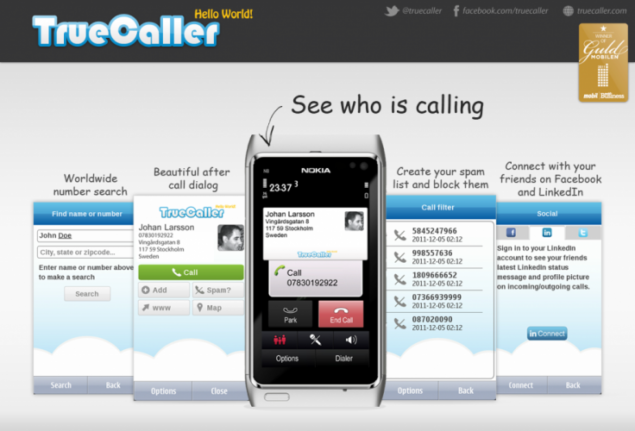 Moreover, its not just the OnePlus users who will benefit with the Caller ID feature. According to Cyanogen's announcement on its official blog page, Yureka is also part of the plan. The updates will be sent via OTA mechanism (over the air). Lets head down to some details on what more does Cyanogen has in store with the introduction of Caller ID.

Dave Herman, Cyanogen's Vice President emphasizes that the Caller ID feature does not alone provide authenticity to the calls but it's classified as a smart development that identifies numbers and keep spam calls out of the dialer. You also have an availability of choice whether you want to report a bad call or not. Cynaogen's Caller ID feature hold up to 1.7 billion numbers to date and extensions will be made in the future. So basically, Truecallser's caller ID feature know who's calling you, before you do. Dave Herman says:

"You still see the phone number, but then you see that 635 people have marked it as a spam call, and instantly you can answer it or see whether to reject it. That's something that's going to bode well for emerging markets, where spam calling is very high." 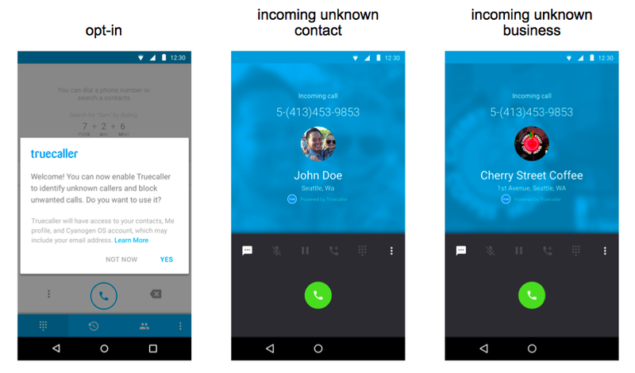 So the mystery behind an unknown caller is no longer a mystery as Cyanogen's Caller ID has all the data base required to tell who is calling. The Caller ID feature is not a pre-loaded application neither an installed one but it comes with an OTA update that builds right in to your dialer. When you start using the device, you can either opt in or opt out. If and when you decide to use the Truecaller, it will authenticate numbers in less than a second. Plus you can know about span callers by looking in to details whether other users have reported the number. This can make calling very professional and hinder free. 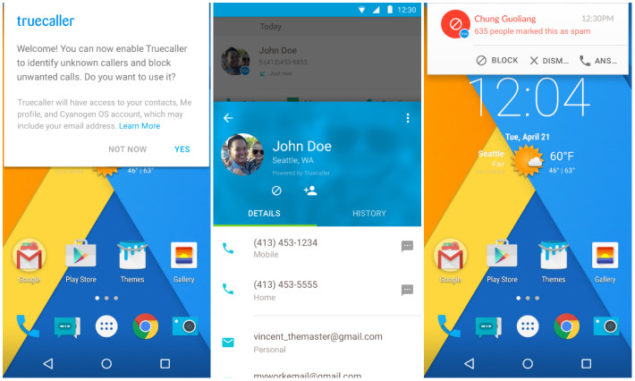 The Truecaller feature is yet in the developing stages and will roll out in the next couple of months. The future devices running Cyanogen OS will also come packed with Truecaller feature. That's that for now, for more details on this, stay tuned. Let us know in the comments whether this feature is helpful or not.