Apple's iPhones have been particularly notorious when it comes to manufacturing defects causing strange problems on the device. The most notorious of these was perhaps bendgate last year that caused several iPhone 6 Plus modules to bend out of shape when left inside pockets for reportedly long periods of time. Well, it looks like Apple isn't the only manufacturer to face such a problem as now several reddit users are reporting a somewhat similar problem on Google's Nexus 6, manufactured by Motorola. 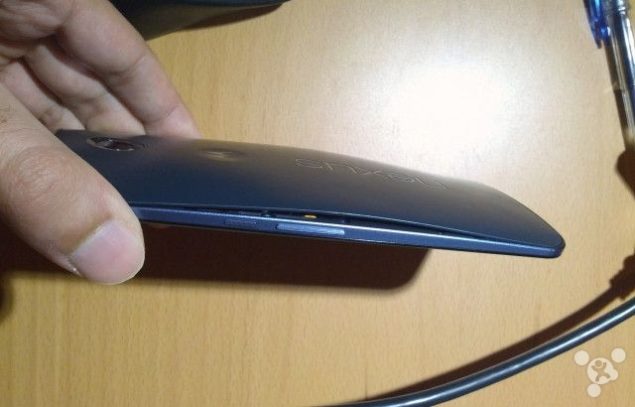 As you can see in the image, the Nexus 6 seems to be keen on gaining a little weight, despite its overall slim form factor. The issue has been reported on reddit and the Nexus 6 appears to develop a soft bulge that ends up distorting the overall shape of the device's rear battery cover. It would be relevant to point out here that such bulges in any device are caused by a malfunctioning or poorly manufactured battery.

So by the looks of things, Motorola seems to have cut some corners when it comes to the battery on the Nexus 6. However, the manufacturer might not be at complete blame here as batteries are known to swell due to overcharging. Other causes for such a malfunction include damage caused to the battery by dropping the device and what more. Whatever the case may be, battery malfunctions on any device are a source of serious concern as they can end up causing serious damage down the road. We've covered a list of several devices blowing up, most of which are generally related to faulty batteries and/or charging equipment. So if you're a Nexus 6 owner, be on the lookout. Report your device to Motorola as soon as possible to avoid any future hazards. Stay safe and let us know what you think in the comments section.