The last 48 hours have been full of leaks regarding Android 4.4 and this comes as no surprise since someone left a Nexus 5 at a bar The new screenshots show off a new and improved ui and lockscreen.

Though we are solely tempted to talk about how conveniently smartphones are left behind at Bars we will cut right to the chase, here are the new images by TuttoAndroid via PhoneArena : 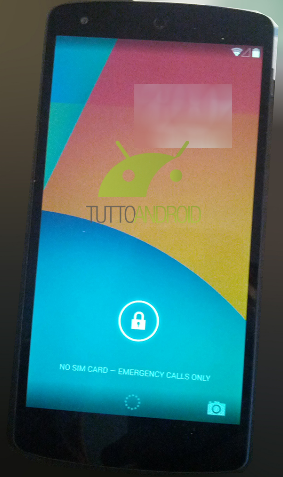 Well as you can probably see theres a new lock screen in town. It looks much cleaner than the old lock screen featured by Android (Vanilla of course). although its our job to point out that cosmetics rarely matter since any capable android user can put GUI Mods. Also the menu has been slightly revamped featuring a more cleaner look but not flatter unlike the new iOS. Though we have confirmation that many aspects of the GUI of Android 4.4 have been flattened. 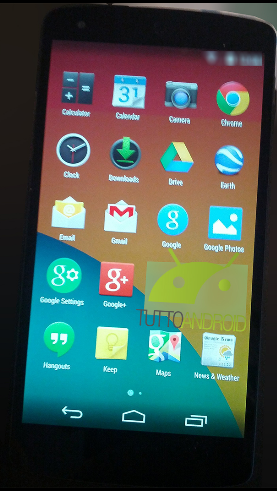 Also we cannot help but notice that some of the GUI seems to have been adapted from the famous Cryogen Mod. Still Nexus 5 seems a pretty decent device, of course real life use will be the only true judge - you can only glean so much from pictures. 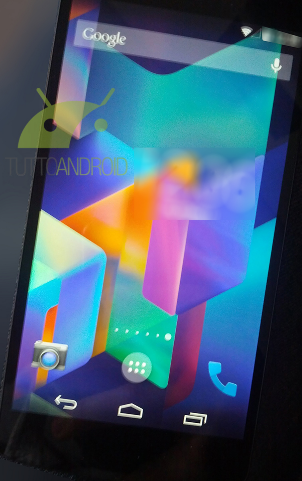 The main screen also seems to have been changed slightly featuring the now familiar clean look. All in all a pretty decent build gui overhaul but as i keep mentioning kind of redundant to take into account. Still Android 4.4 is big fry for some and we cant wait to see what actual features it might have