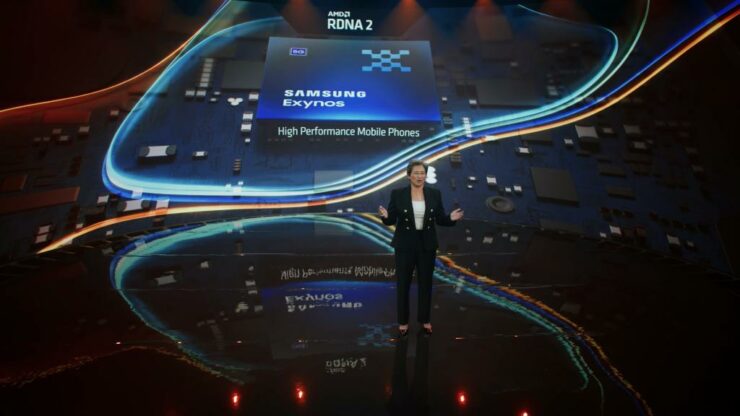 Last month we heard about how Samsung is partnering with AMD to bring RDNA 2 to their flagship Exynos chip, but at that time, we were not sure when this is happening. The collaboration is finally official, and we have more details on what AMD will be bringing to Exynos chips, and all of it is very exciting.

This is not the first time Samsung is partnering with AMD; both companies worked together back in 2019. This was done to bring next-gen GPU architecture to mobile devices, and it is happening again.

AMD CEO Dr. Lisa SU announced during her keynote address at the Computex 2021 conference. She teased a few details about the upcoming Exynos mobile SoC with AMD graphics. This is what AMD said in their press release.

Although more details were not shared about this collaboration, Dr. Su talked about how Samsung will share more details about the new 5G chipset "later this year". Given the statement, we could very well see a follow-up to Exynos 2100 later this year. This also means that we can start expecting AMD-powered Galaxy S series devices by the first half of 2022.

There are also rumors that Exynos 2200 powered laptops with AMD graphics could start launching as early as this year, but we are unsure about it.

We are not sure whether the AMD and Samsung partnership will give the Exynos series a much-needed boost. However, being a long-term Samsung and Exynos user, I can tell you that the graphical performance has always been the weakest point of Samsung's in-house Exynos chipset. With AMD helping them with the graphics and providing them with Ray Tracing and Variable Shading and possibly more tech, this is looking to be an exciting venture that we cannot wait for.