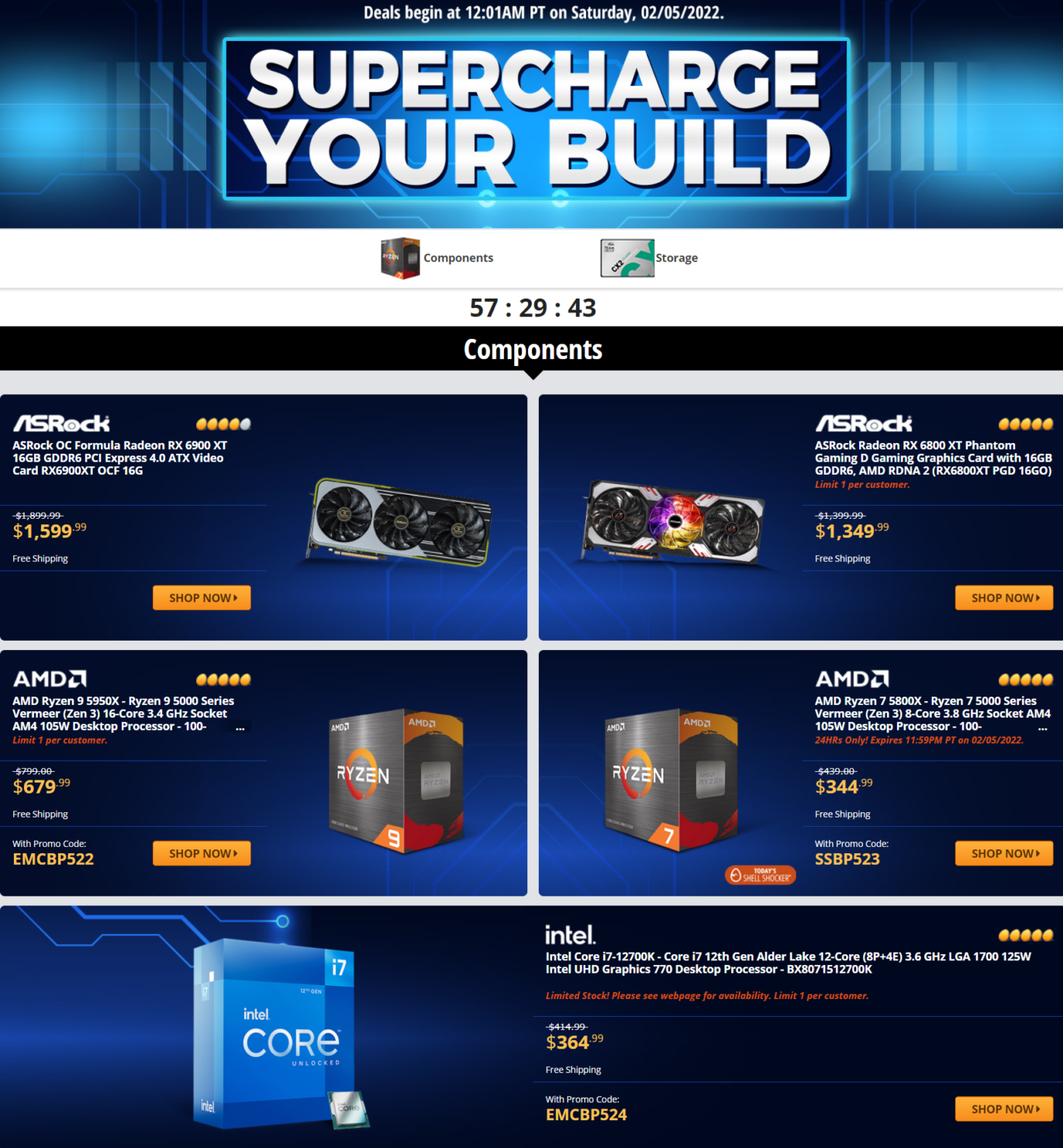 Newegg has some amazing deals currently on Intel CPUs, AMD CPUs, and Radeon RX 6000 series GPU as a part of their Shell Shocker promotion.

The deals include several components including CPUs, GPUs, motherboards, and PC bundles but the most attractive ones that we could find are mentioned below.

The Intel Core i7-12700K Alder Lake CPU at just $364.99 US is an absolute deal from its retail MSRP of $414.99 US. This $50 US price cut for the 12 core chip will get you high multi-threading output & great gaming performance while retaining the unlocked design, allowing you to overclock it beyond 5 GHz. The Intel Core i5-12400 is also on sale for a nominal $11 US price cut at $198.99 US. The Non K chip boasts incredible performance for its price, offering 6 Golden Cove cores & the best in class gaming & efficiency.