New 2020 is almost upon us and it’s going to be a landmark year for gaming. The PlayStation 5 and Xbox Series X are coming, some long-awaited titles like The Last of Us Part II and Final Fantasy VII Remake will finally arrive, and cloud gaming and other new ways to play will continue to make inroads. 2020 is going to be a year of transition and upheaval for our hobby, which means it’s a great time for all good little gamers to turn over a new leaf. To make some New Year’s resolutions that will improve your own situation and the gaming scene as a whole.

Of course, sometimes it’s tough to come up with good resolutions, so I’m here to help! Here are a few 2020 gaming resolution suggestions to get your minds percolating…

Slim Down Your Backlog in January and February

It’s time to put your pile of shame on a diet. 2020 will eventually see some big releases, with March and April being particularly crazy, but the first two months of the year? Those are unusually barren, so it’s time to finally finish up some of those games that have been lingering for weeks, months, or even years. Personally, I’m finally going to see the end of Red Dead Redemption 2. It, uh, all turns out great, right?

Truly Master at Least One Game

While that aforementioned March-April period will be out of control (get ready for Final Fantasy VII Remake, Cyberpunk 2077, Resident Evil 3, and Animal Crossing: New Horizons, and more within the span of weeks) but, overall, 2020 is a transition year. Things will probably be a bit slower than usual, particularly if you don’t pick up a PS4 or Xbox Series X (we’ll talk about that later). That means, instead of increasing your pile of shame, 2020 is a great year to really drill down and master something. Really become good at a fighting or action game or 100 percent that new RPG. It’s more satisfying to master one game than half-finish a half dozen, and your bank account will thank you.

Stop Fighting Steam and Epic’s Battles for Them

Thankfully, it already seems to be dying down a bit, but the Steam vs. Epic Games Store Wars were the most pointless thing we devoted our time to in 2019. These massively-profitable companies don’t need you fighting their battles for them. Downloading an extra launcher is not a huge imposition, and we’re finally starting to see some real, consumer-benefitting competition, with both Steam and Epic offering some great promotions this holiday season.

I’d say you should all give up your console and NVIDIA vs. AMD wars as well, but I’m trying to keep these resolutions at least somewhat realistic.

2019 was the year the loot box died (or least started writing up its Last Will and Testament) and it was regular players speaking up that forced the change. The big publishers certainly wouldn’t have given them up on their own. That said, do keep an eye out for new monetization schemes, because you know certain publishers are diligently working on their next big money-grubbing innovation.

I won’t be sticking to this resolution myself, but if you don’t strictly need a next-gen console for your job like I do, wait a while to buy PS5 or Xbox Series X. Consoles are overpriced at launch and it takes a while before you know if a machine is going to be successful. Also, in most cases, the first great, truly next-gen games don’t come out until about a year into a console’s lifespan. Both the PS5 and XSX are probably going to be around for a while, so sit back, consider your options, and make an informed decision.

Do Buy a Switch if You Haven’t Already

But maybe you have some cash earmarked for a new console just burning a hole in your pocket? Well, if you haven’t already, go ahead and grab yourself a Switch. Yes, it’s not the most powerful machine on the market, but 2019 was the year Nintendo’s little system definitively proved it was more than just a gimmick. The Switch boasts a fantastic library featuring top-notch Nintendo exclusives, the best indies of the past five years, and a handful of surprisingly-solid triple-A ports. I’m a pretty platform-agnostic kind of guy, but this past year most of my gaming free time was spent on the Switch. You might be surprised to find the same thing happening to you.

We’re all passionate about his hobby, but that passion can turn into anger when a game or series does something you don’t like. I totally get that, but that said, do keep in mind that games are made by real people, most of whom are just trying their best to make something that will entertain players, so don’t lash out at them. Most of the decisions you’re upset about were probably made by committee in fancy boardrooms, so reserve your anger for publishers, not the rank and file. Also, do try to support devs when stories of crunch or workplace toxicity come out. Happy devs make better games, so better workplace conditions benefit everyone. 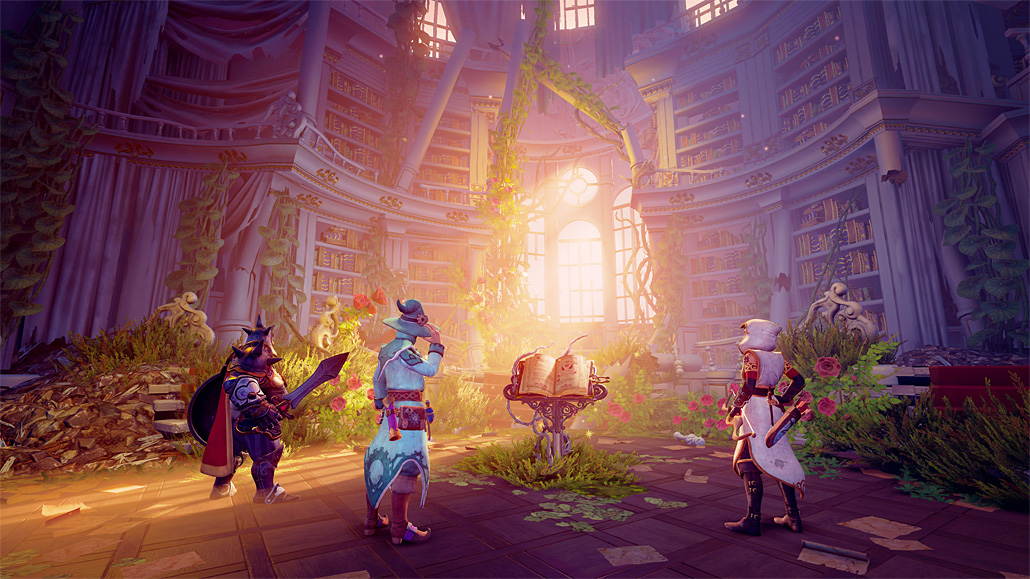 I’ve always believed gaming is at its best when you’re playing with someone close to you on the same couch, or, failing that, a real friend over the Internet. Unfortunately, it’s all too easy to fall into the habit of just playing randoms online – to start thinking of the people you’re playing strictly as adversaries instead of friends. A lot of modern games, particularly battle royale stuff, really encourages that. I can guarantee you’ll feel a little better about the hobby, and have to absorb a lot less abuse from trolls, if you make the time to game with friends and family more often.

As I’ve said, 2020 is a transition year, so why not branch out with something new? Give a genre you’ve never tried a spin, or give one you gave up on long ago another shot. Give that quirky indie a chance. A lot of 2019’s best games were off the regular beaten path, and the same will probably hold true for 2020.

That said, while trying something new is worthwhile, don’t be afraid to wear your quirky gaming tastes on your sleeve. You don’t have to pretend to be into the next Call of Duty or Madden if you’d rather be playing weird Japanese visual novels. Or dense PC strategy games. Or candy-colored rhythm games. Or Pokemon Go. Or whatever! If you genuinely love CoD, that’s fine too. The gaming scene is more varied than ever, so you do you.

So, there you go, a few suggested New Year’s resolutions for 2020. Of course, nobody’s forcing you to take my advice! What gaming resolutions will you be making in the new year?