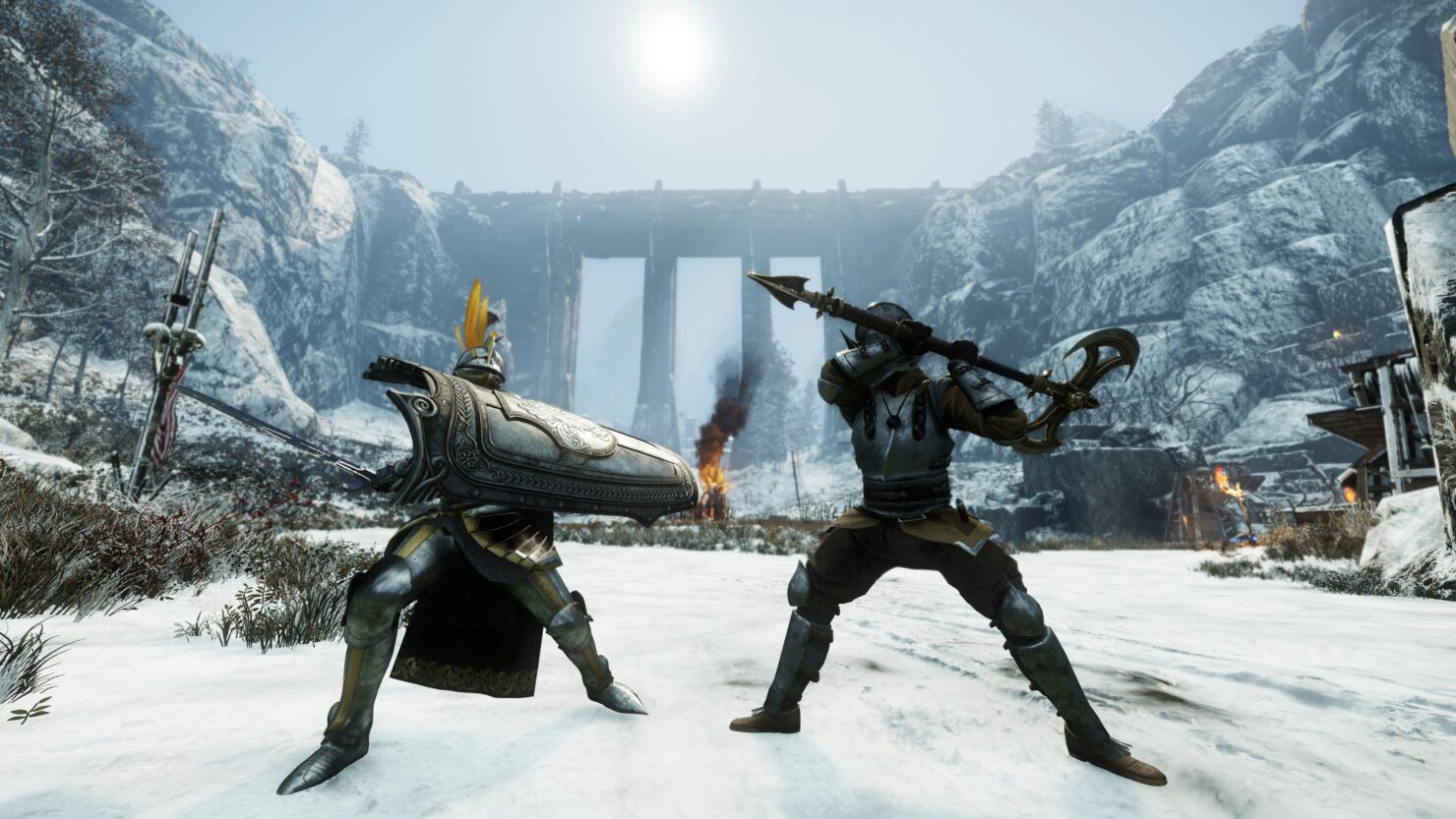 With trading systems now re-enabled in the game following a gold duplication exploit, the developers of New World have begun discussing the first improvements coming to open world PvP, Wars, and Territory Control in the foreseeable future.

In a lengthy post submitted yesterday on the official New World forum, Zin_Ramu revealed that players choosing to enable the PvP flag will soon get a boost to their luck score, which means they'll have a higher chance of dropping better loot. Additionally, the durability loss to items occurring upon death will be further reduced when dying in PvP.

The rewards for flagging while leveling up are good (the 10% XP bonus makes a difference), and the rewards for PvP kills are meaningful. At end game, however, the rewards for flagging are not good. There are two changes coming in the short term that should help. The first is that we are going to increase the luck of players when flagged. This should be an important and lasting benefit to flagging. Second we are going to reduce the durability damage to gear when flagged, this will reduce the risk of flagging a bit, especially in end game gear repair costs. In the medium term, we will also adjust the rewards for PvP kills at 60 so they can enhance players high watermark (HWM) more. Longer term expect a new open world activity that flagged players can participate in that we hope spurs and rewards some smaller scale engagements across Aeternum.

The developers of New World are looking at ways to make it easier to see whether a fellow player of your faction is flagged for PvP. Moreover, they agree that area of effect spells should look different if they come from a friend or a foe, but this will take longer to implement.

Currently it’s hard to know whether players in your faction are flagged or not. This can make it difficult to know whether or not you have back-up and assess whether you should engage or not. We are aware of this issue and working on fix. We also understand combat tactics can be difficult since the visuals for all area of effect spells are the same, so it’s difficult to know whether a spell is from an ally or enemy. Unfortunately, this is not a trivial fix, it will require a significant code update and numerous asset changes. While we agree this is an issue, this will take substantial work and investigation, and will not be resolved soon.

With regards to Wars (instanced 50vs50 fights between guilds to conquer a territory in New World), Amazon Games is planning to improve communication and coordination methods. Last but not least, new PvP quest types will be added soon to improve variety and spread PvP hotspots all over the map.