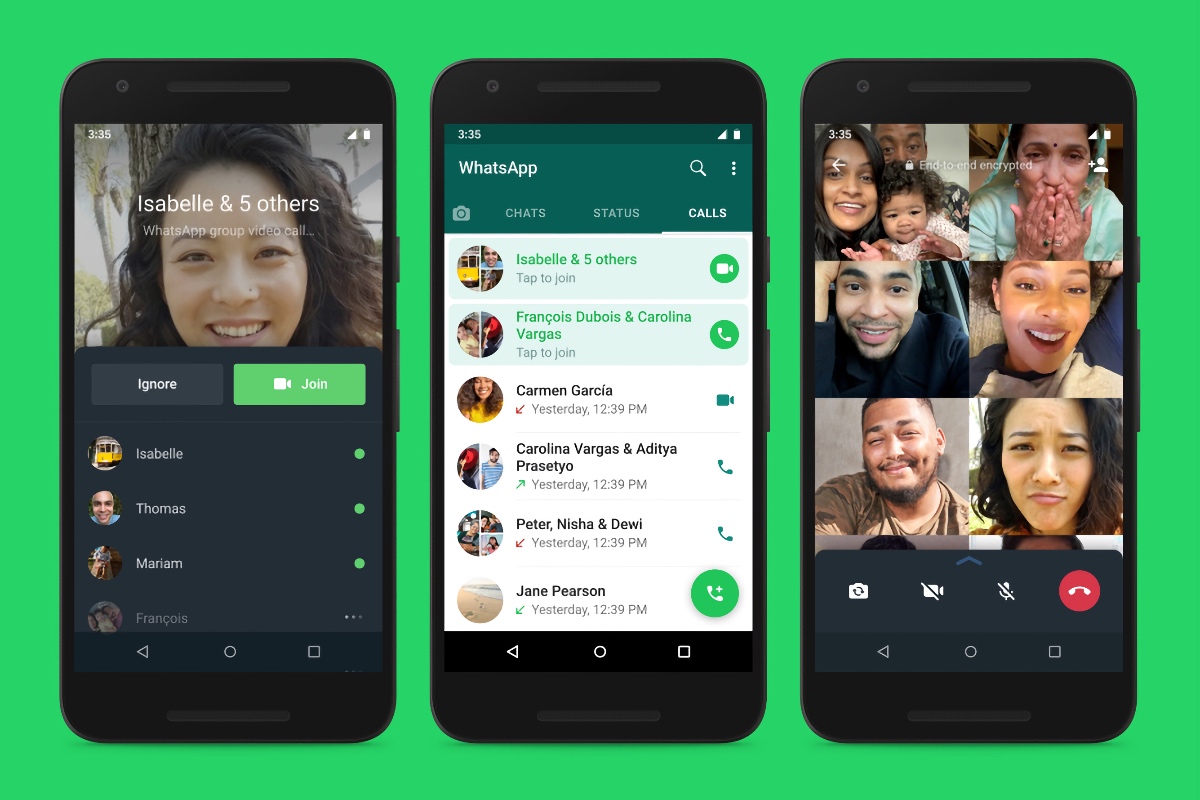 WhatsApp is rolling out a feature in which you can join a group call after it has started. This means you can never ever miss one going forward.

The problem was a simple one - if someone started a group video or audio call, and you missed the initial notification for it, there was no way you can join it later at all. WhatsApp has announced that it is fixing all of this and you can now join a call after it has been initiated.

Today we’re introducing the ability to join a group call, even after it’s started. Joinable calls reduce the burden of answering a group call as it starts, and brings the spontaneity and ease of in-person conversations to group calling on WhatsApp.

Apart from the most obvious thing that this feature does, you will be able to see who is in the group call before you join in. WhatsApp is going one step further here and will allow you to drop out from a call and join in later too if you like.

And yes, these calls will be end-to-end encrypted, meaning your privacy and security is not sacrificed.

The feature is rolling out for both iPhone and Android users globally. Expect it to arrive for you without any notice at all. That's the magic of tech.

This is not the only news you should care about. Yesterday, we learned that the latest beta of WhatsApp allows you to share images and photos with other with lesser compression applied. Apart from that, multi-device support is already on the cards which is nothing but an exceptional feature to look forward to.