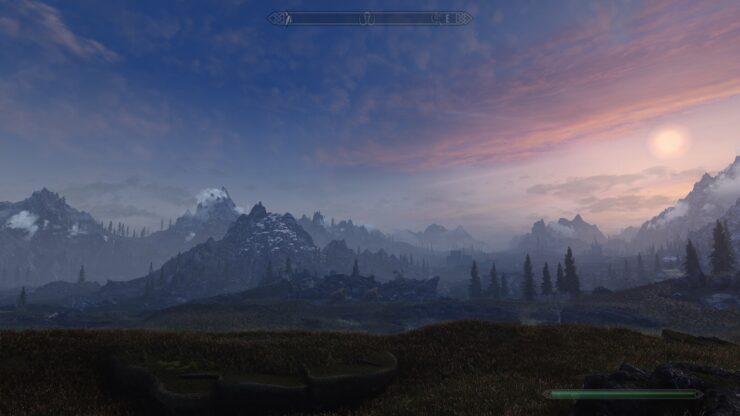 Created by modder ‘Robanco’, this freshly-released mod for the Special Edition of The Elder Scrolls V adds misty valleys without obscuring peaks or wiping out the sky like the game’s standard fog does. According to ‘Robanco’, the mist effect is constant and stable but the mod does have some limitations as the mist isn’t controllable by the game’s weather or time of day.

“The effect is hand placed”, the modder writes. “This opens up some doors that a generic fog implementation does not.  In fact, the more I work on this the more I am convinced the possibilities are really endless and I am only scratching the surface with this implementation. I have spent more time getting the shaders right than designing the mist into the game but the SSE engine really takes this effect like a champion so there's potential for more depth and detail and localized effects.”

Different versions of this mod are likely to be released in the future, but ‘Robanco’ writes that he wants this to optimize the ‘base’ mod first. We’ve included some screenshots, including some comparison images, from the mod in action down below:

Skyrim: Special Edition is available now for PC, PlayStation 4 and Xbox One. This mod is only available for the PC version.