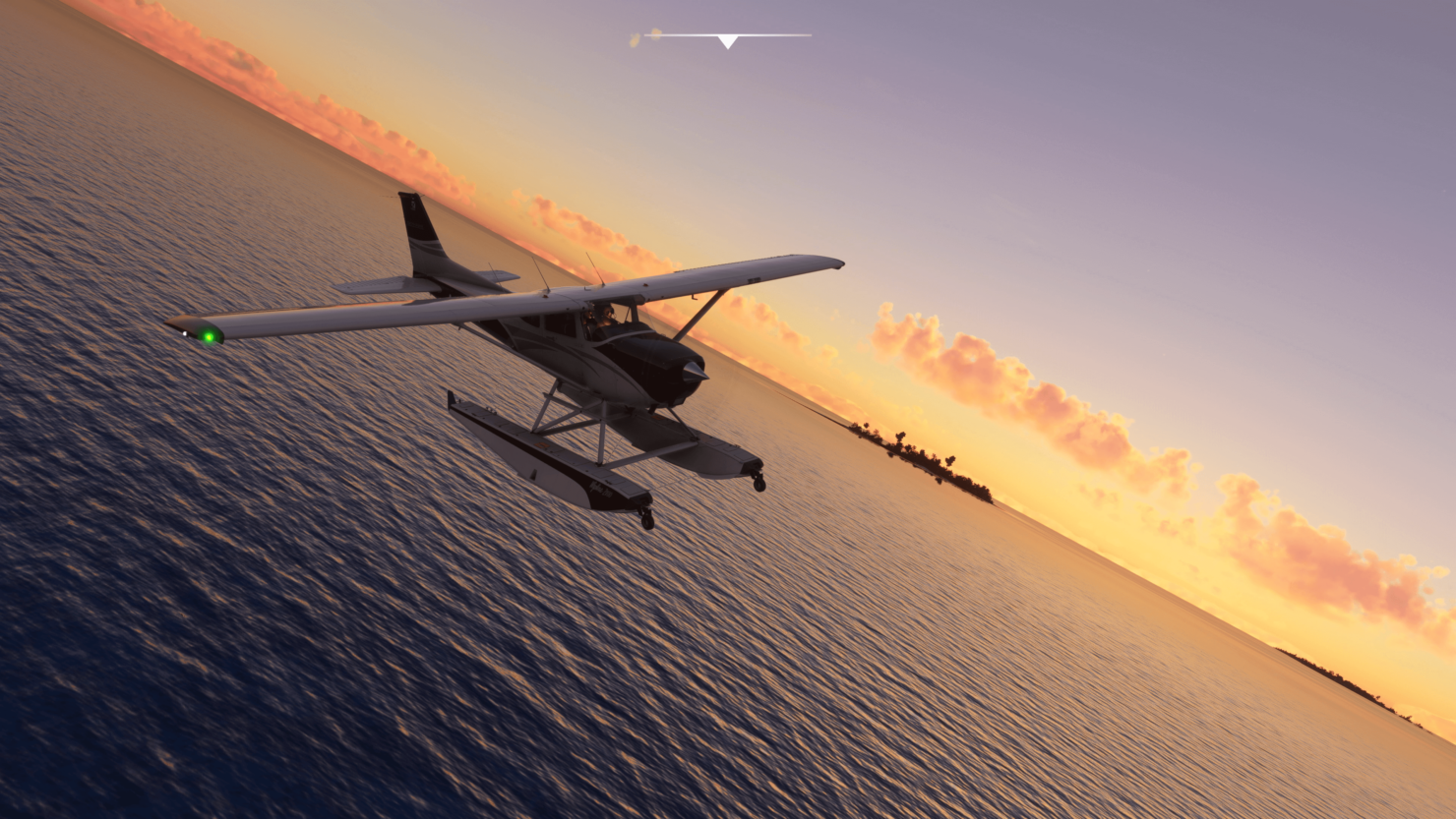 Alongside the launch of Microsoft Flight Simulator on Xbox Series X|S, a new update for the game has been released across PC and consoles, allowing cross-play/save between PC and console, and greatly improving performance.

The latest Flight Simulator installment is now available globally on PC and Microsoft’s next-gen consoles, and Asobo Studio has rolled out a new major update across all platforms. In addition to significant performance improvements, the new update makes the game more accessible for new players. You’ll find the full release notes for this new update at the bottom of this post.

Yesterday, we already covered a comparison video highlighting the impressive quality of the Series S version of the game, and today we have another graphics and performance comparison video. Courtesy of YouTube tech channel “ElAnalistaDeBits”, this new video compares the game’s visuals and framerates on the next-gen consoles and PC. Although the game’s framerate is locked to 30FPS on both Xbox Series X and S, it can be unlocked by using a VRR-compatible display.

Microsoft Flight Simulator is one of the most demanding titles to date, but impressively, Xbox Series X visual settings are close to the highest PC settings with the draw distance being the same on Microsoft’s topline console. Interestingly, as far as loading times go on consoles, the game loads faster on the Series X when starting the game, but the Series S appears to load the sim almost twice as fast when starting a flight.  According to “ElAnalistaDeBits”, this is most likely due to the higher settings of the Xbox Series X and higher graphics load.

Some impressing porting from Asobo right there. Now on to the full patch notes.

Discovery Flights were originally inspired by those who wanted to fly in one of our trailers! Discovery Flights place you in the most scenic locations on the planet, including awesome locations like the Great Pyramids or Mount Everest, or vibrant cities like Naples or Rio de Janeiro, in optimal weather conditions for you to fly and sightsee at your leisure. You can quickly switch between locations using the Activity tab available from the pause menu. Two additional Discovery Flights are featured with all World Updates available for free within the in-game Marketplace.

The world map now also features satellite imagery, map labels, and main Point of Interest names to make exploring the world (and even finding your house) as easy as possible. We extended this capability into the flight experience itself and you can now activate the POI labels during a flight, meaning you can suddenly understand the spatial relationships between cities, mountains, and other landmarks. A new section is available in the Assistances menu, to display labels on all on-screen POIs or only the one you are pointing toward with the camera.

We overhauled our training flights to make them more digestible. Each of the 22 flights focuses on a specific notion, starting with basic handling, to landing & take off, VFR navigation, all the way to learning how to fly an airliner like the Airbus 320neo. Training flights feature contextual voiceovers, a score, and a grade to provide feedback and advice to progress through your learning journey.

The Flight Assistant is a new UI panel available via the toolbar in Free Flight and Discovery Flights. It allows you to quickly get AI help during flight:

If using an Xbox controller, you can use the left stick to control an on-screen cursor to navigate menus, world map and cockpits. To access the cursor controls during flight, click the left stick button on the controller to switch from flight controls to “Cursor Mode”. An extended zone around the cursor is used to select interactive element closest to the cursor center dot, making it more permissive and easier to use. Right stick is used to scroll pages and quickly change options. Cursor parameters are available in the Options / General Options / Accessibility menu.

The following planes are now provided with skis and floats variants:

These aircraft’s checklists have been adapted accordingly. Appropriated VFX are displayed depending on the surface type you are landing on.

We have added a text-to-speech narration feature to the Flight Simulator menus (English language only at first). This can be accessed during Onboarding for new users or enabled via Options / General Options / Accessibility for existing users. This feature is work-in-progress and does not yet cover every screen or option but should allow users to navigate to the most vital menu screens needed to begin a flight. We are actively working on making the narrator more comprehensive and aim to add more functionality in future updates. Learn more about our Accessibility efforts here 21.