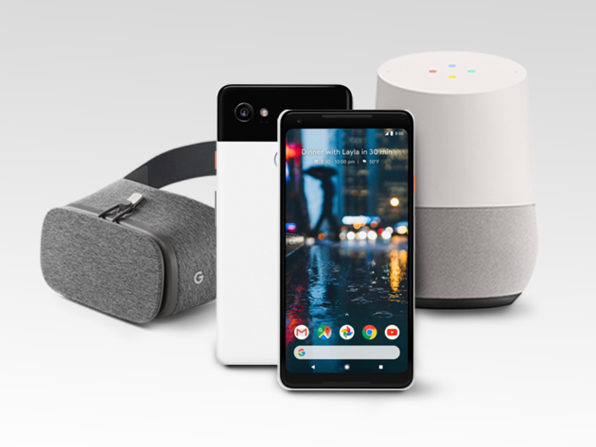 The world went crazy at Google’s event yesterday. There were so many things that we were anticipating and the curiosity was getting too much to handle. The event finally happened and the tech giant revealed a lot of new things including new hardware plus new features for existing products. Google is no longer just a search engine; it has now made a market for itself in the smartphone, VR and smart home department. But you already know that, right? Wccftech brings for its users an amazing New Google Pixel & Friends Giveaway.

New Google Pixel & Friends Giveaway worth it or not?

With this giveaway you can get your hands on the new Google Pixel XL 2, a Daydream View VR set and a Google home. Imagine getting all this and not even having to spending loads of dollars. Now, wouldn’t you want that? You will have access to the latest gadgets and you won’t have to spend a dime. New Google Pixel & Friends Giveaway includes the Pixel XL 2 and if you follow Google’s latest news then you know what this phone has in store for you. It has unlimited storage for your photos, it has the world’s top rated phone camera and the best thing is that you will have your own personal Google assistant programmed into the phone.

You can even learn more about the world with the help of Google Lens. Just take a picture of a famous landmark, book, movie, album, artwork etc. and you will be bombarded with tons of information on these topics. The new Daydream View will allow you to use your Pixel to access a world of VR you never thought of as possible. It won’t be limited to gaming but it will open new horizons of reality for you. What’s the best thing about the New Google Pixel & Friends Giveaway is that it also comes with a Google Home. After you are tired from all the hard work, the smart home system will make your evenings very comfortable. It will organize your day and you won’t have to put tons of effort in it.

Still don’t thing that the New Google Pixel & Friends Giveaway is worth it? I am sure you know what this is worth so get it now before it expires.