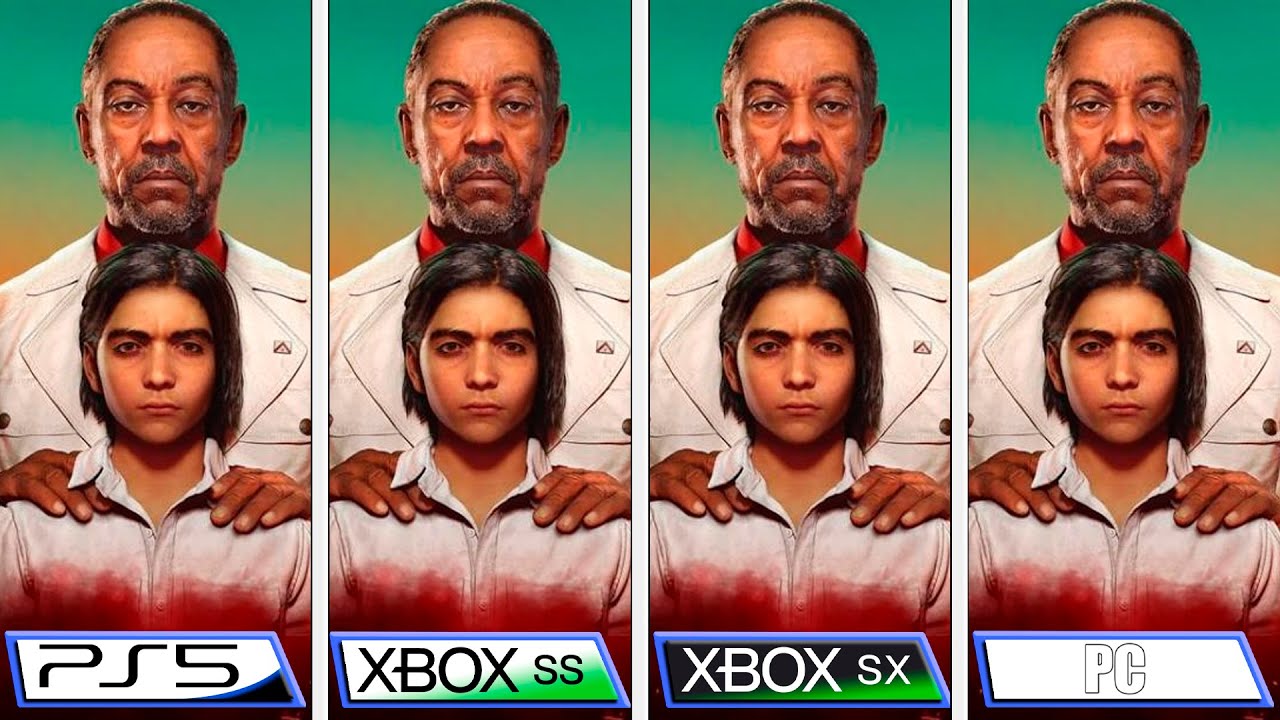 One of the first Far Cry 6 graphics and FPS comparisons has been released, highlighting how the game looks and performs across PC, PS5, and Xbox Series X|S.

The new comparison is courtesy of one of our beloved tech channels on YouTube, “ElAnalistaDebits”. For the comparison, the PC version of Far Cry 6 runs on an NVIDIA RTX 3080 in 4K resolution with AMD’s FidelityFX Super Resolution (FSR) tech for upscaling. As previously covered in our Q&A, this technique is only available on PC alongside Ray Tracing. PS5, Xbox Series, and PC players can download an extra 26GB texture pack that improves the quality of some textures, but as reported yesterday, PC players using these textures will need a GPU with over 11GB of VRAM to load these high-resolution textures properly.

On PlayStation 5, Far Cry 6 runs in a dynamic 4K resolution at 60FPS and this also applies to the Xbox Series X version. Meanwhile, the team has done a pretty great job optimizing the title as it manages to run in 1440p/60FPS on the Xbox Series S. Performance across all platforms is solid, although the cinematics run at 30FPS and suffer from a bit of stutter. Drawing instance is the best on PC, and the PC version benefits from DXR, improving reflections, shadows, and ambient occlusion.

Reflections appear to be somewhat better on PlayStation 5 compared to those on Xbox Series X|S, but the Xbox Series X version benefits from a slightly higher average resolution in some areas.

As for loading times, the PS5 loads the game fastest. Check out the new comparison down below:

- Better reflections on PS5 than Xbox S/X, but PC is the only version with DXR reflections.

- Shadows by DXR on PC add greater number and quality to shadows and improve ambient occlusion. However, this technology causes some bugs in certain assets.

- PS5, Series X and PC include an extra 26GB texture pack that improves the quality of some textures compared to other versions.

- Some textures on PC do not load correctly, showing a lower resolution than PS5 / SeriesX.

- The PC version is the only one with CAS technology, which dynamically adapts the contrast.

- Higher drawing distance on PC, same on PS5/SeriesX and slightly lower on SeriesS.

- Loading times are faster on PS5 (by half a second).

- The framerate is practically perfect on all 3 platforms, except for the cinematic ones (they run at 30fps and suffer stuttering).

- A good optimization job on all platforms. No matter which platform you choose, it will be a good choice.