In the last couple of years, we have seen the price of flagship handsets skyrocket and to ease off some of the burden, consumers trade in their older devices to get a credit that contributes to the purchase. However, are all of the older devices worth the same? Obviously not, as the resale value varies depends on various factors such as the year your device came out in, its condition, and whether its an Android phone or not. Basically, if you own an iPhone, you can expect to get a lot more than for an Android handset that was released the same year, according to the latest data.

This isn’t necessarily news to most of us but if you are wondering about the disparity between the release value, BankMyCell has got plenty to tell. According to the website, iPhones only lose around 23 percent of their value in the first year and around 46 percent in the second on average. In contrast, the value of an Android flagship drops 45 percent in their first year only.

By the second year, it’s pretty much game over, with an average Android flagship losing 71 percent of its original value. Budget Android handsets fare even worse, losing about 80 percent of their original resale value in their second year. 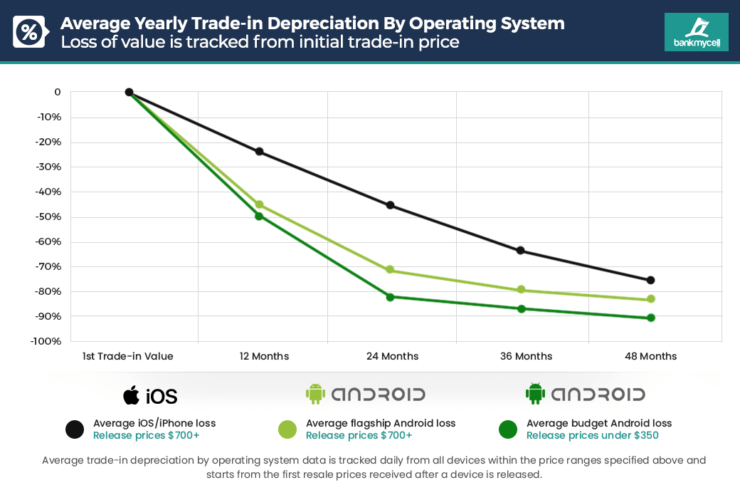 The website also found out that Google, LG, and Motorola handsets are the worst when it comes to price retention. The Motorola One from 2018 depreciated at a rate of nearly 76 percent in the first year. The Pixel 3 lost around 57 percent of its original value in the first year. Samsung has also landed the worst drops lists, with the Galaxy S10 Plus losing $373 from its original price in 2019. 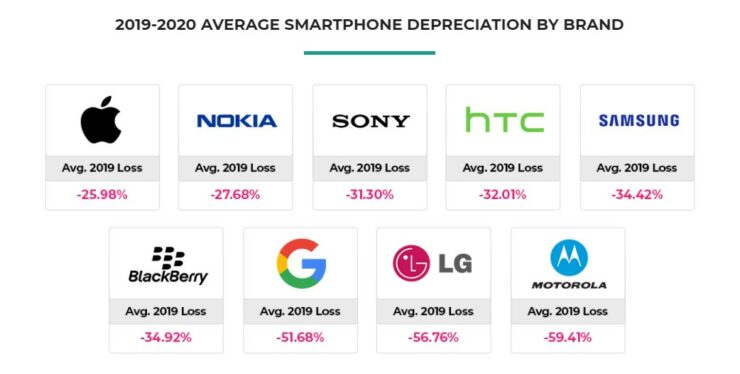 Overall, based on the 2019 data, Apple devices on average lost around 26 percent value in the first year. Nokia devices saw a dip of nearly 28 percent, and Sony saw a loss of 31 percent. Needless to say, it’s clear that your old iPhone is worth more than a flagship Android bought in the same year. It also helps that the Cupertino giant provides software updates for longer, with something as old as an iPhone 6s expected to be updated to iOS 14 this year.

Does this data make you want to jump ship to Apple’s iPhone camp? Tell us down in the comments.