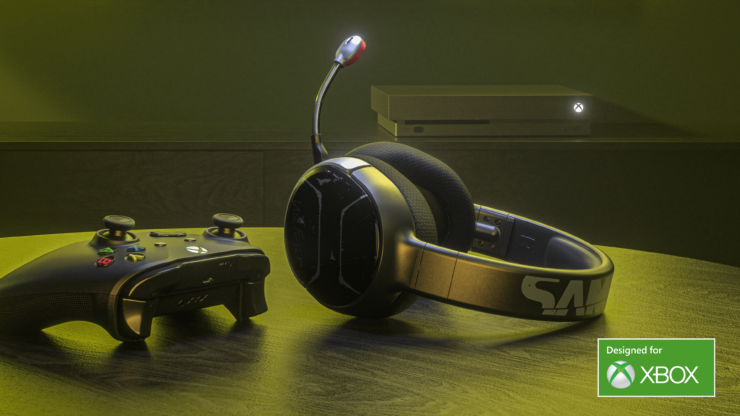 The first new Arctis 1 headset is the Johnny Silverhand Edition for Xbox owners. Like the original Arctis 1 Wireless, this new edition features USB-C connectivity, but also comes with a new dongle featuring a switch that allows users to swap between Xbox One and other USB-enabled platforms. Another interesting tidbit is that Arctis 1 Wireless for Xbox will also work on the upcoming Xbox Series X, thereby again confirming that Microsoft’s new console will support wireless audio and voice chat over USB.

The second new Arctis 1 headset is the Arctis 1 Wireless Netrunner Edition, which is inspired by the in-game ability to see the Net overlaid in the real world.

The Arctis 1 Wireless Netrunner Edition will be available in limited quantities for $109.99 at GameStop and SteelSeries.com.

The Cyberpunk 2077 Arctis Pro Accessory Packs will be available in limited quantities for $34.99 exclusively at SteelSeries.com.