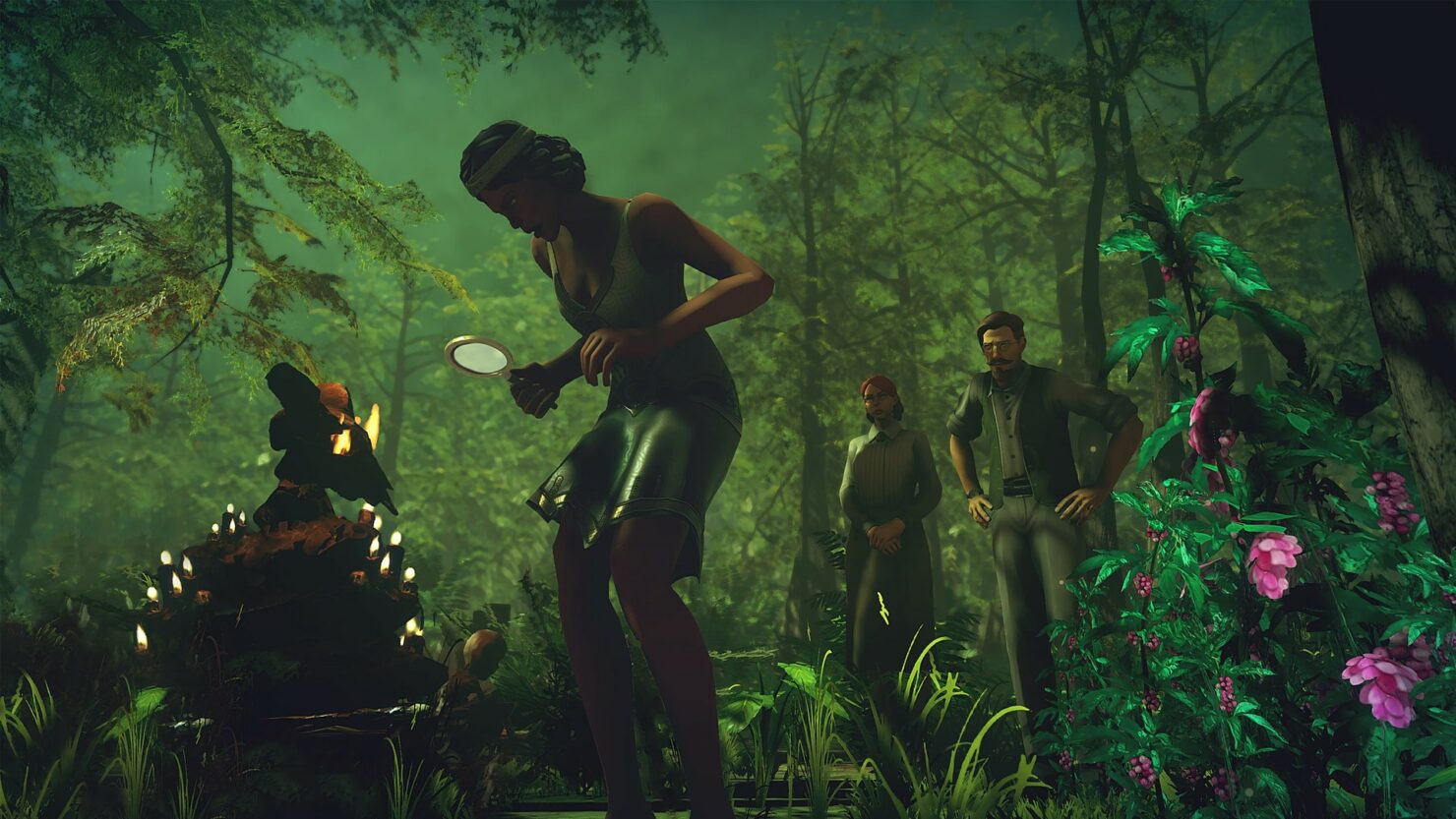 If you've ever been curious about the board game Arkham Horror but have found yourself stuck inside without enough folks to play with, Asmodee Digital has a solution for you with Arkham Horror: Mother's Embrace.

The game is inspired by the board game franchise, with an original story from Fantasy Flight Interactive. It explores the American Roaring Twenties (not to be confused with the decade we're living in now), as it takes players back to 1926 to investigate a murder.

Check out the official trailer below.

Here's what Asmodee Digital has to say about the storyline.

"The year is 1926: a professor of astronomy is found dead in her mansion and everything indicates that she has been the victim of a heinous murder. Choose from 12 intrepid investigators from the Arkham Horror games, each with a unique set of skills, and assemble your team to shed the light over this mysterious death.

Find clues, perform interrogations and progress through nine chapters as the story unfolds. Your investigation will take you to visit shadowed institutions and mysterious locales, ranging from Miskatonic University, the Arkham Asylum, and the bayous of Louisiana.

As the investigators get closer to their goal, your squad will have to face curious science, living nightmares, and a sinister cult, whose mad scheme is to bring about the end of everything. Use a large variety of melee and ranged weapons, as well as powerful items and devastating magic spells to defeat your opponents in turn-based combat; while you attempt to retain your sanity.

As you face off against Lovecraftian horrors, your investigators will descend deeper into the depths of madness, affecting their level of sanity and causing traumas that will impact the course of your investigation. Care about your sanity and make the right choices … the Ancient Ones are preparing their return."

You can pick up the game on PlayStation 4, Xbox One, Nintendo Switch, and PC when it debuts in Q1 2021.