Apple launched the new 27-inch 2020 iMac earlier this week with major improvements on the inside. Now, the device's benchmarks have surfaced online which gives us better insight on its performance compared to the previous models. The benchmarks shared corresponds to the new 27-inch iMac with a Core-i5 processor coupled with Radeon Pro 5300 graphics.

To make it easier for us to understand, the benchmark score is compared against the 2019 iMac. As our expectations should be, the base model of the 27-inch 2020 iMac shows better performance compared to its predecessor. The new model features a 3.1GHz Intel Core-i5 chip inside and it performs better than 2019's Core-5 model which is clocked at 3.7GHz. To be precise, the performance is 20 percent more than its predecessor. 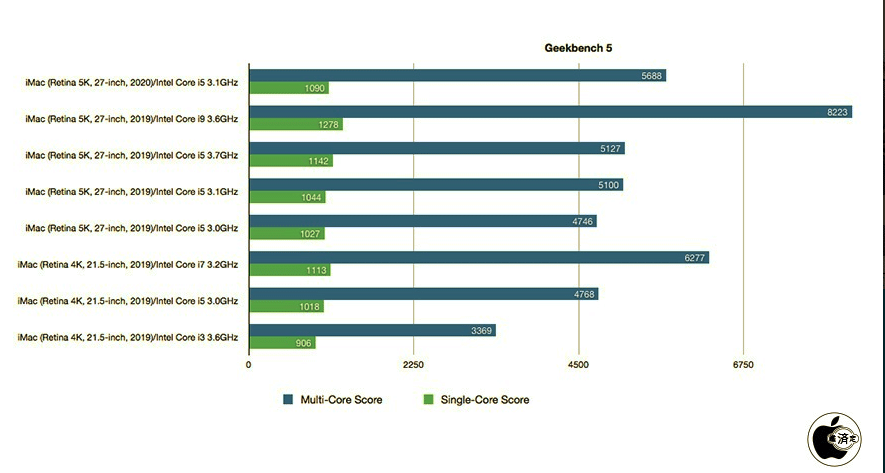 If you're concerned about the stats, the 27-inch 2020 iMac scores 1,090 in single-core and 5,688 in Geekbench's multi-core test. The new iMac is powered by the 10th generation Intel processors and as per Apple, it offers up to 65 percent better performance. In the graphics department, the new iMac performs 40 percent faster. compared to the Radeon Pro 570X iMac from last year. 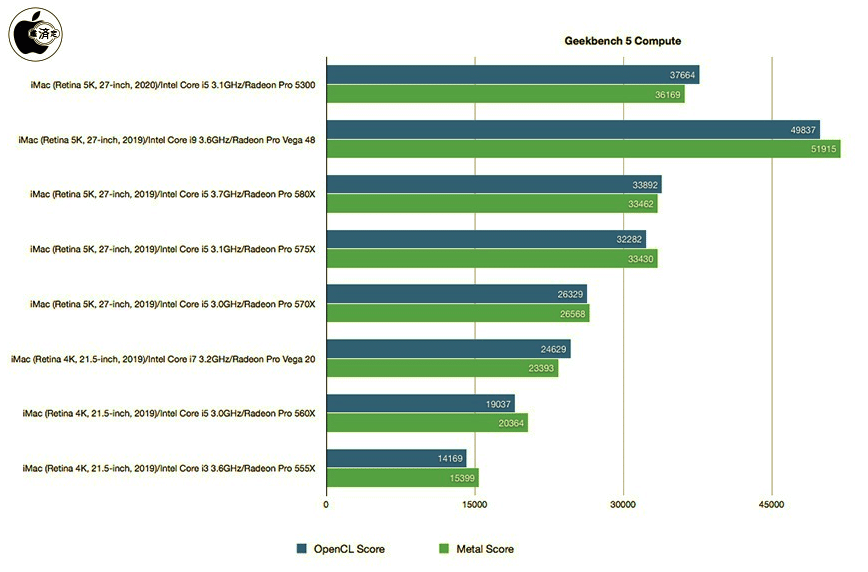 Apple previously allowed users to upgrade the memory of the machine via a Fusion Drive. However, as it was recently discovered by iFun.de, the SSD on the new iMac is soldered to the motherboard. This means that it cannot be expanded. This will have an impact on the machine's repairability score, but that is yet to be seen. Internal communication information also shares that the 27-inch 2020 iMac features two microphones as opposed to one in the previous models. Other major improvements include a 1080p HD camera, better speakers, and more.

What are your thoughts on the new model?