Netflix (NASDAQ: NFLX) Under a Relentless Volley From Disney Plus as the ‘War for Eyeballs’ Continues to Rage 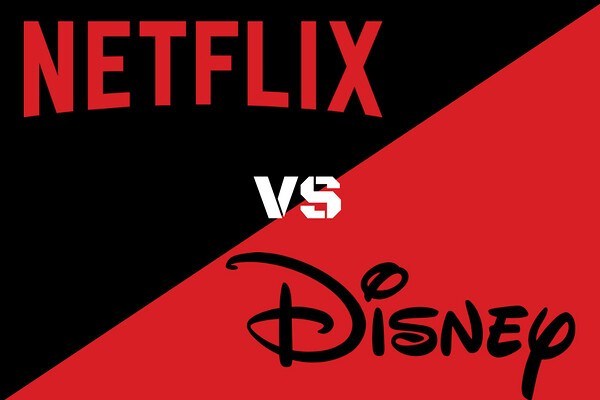 Netflix (NASDAQ:NFLX) has long been regarded as the undisputed champion in the streaming arena. This view largely held true even amid an onslaught of new competition. However, the ongoing coronavirus pandmeic and the attendant need for lockdowns and spatial distancing has generated an upthrust of sufficient velocity in the streaming space that Netflix’s lagging competitors – particularly Disney Plus – seem to be on the cusp of staging a coup d’ètat of sorts against the reigning giant. But is this challenge sustainable? Let’s find out.

First, let’s examine the subscription base of Netflix and some of its major competitors. Netflix added 8.76 million net subscribers in the fourth quarter of 2019 against a consensus forecast of 7.65 million subscribers, thereby, bringing the total to 167.09 million. In comparison, Disney (NYSE:DIS) reported 28.6 million Disney Plus subscribers along with 30.7 million Hulu subscriptions in February 2020. On the other hand, Apple (NASDAQ:AAPL) has not yet disclosed the number of subscribers to its Apple Plus service.

Disney Plus – a hefty contender

This week, Disney shocked the analyst community when it reported that the paid subscriptions to its Disney Plus service have crossed the 50 million mark, translating to a growth in the subscriber base of 74.83 percent in just around 2 months!

This astronomical growth is the result of Disney’s shrewd strategy to take on Netflix even as the company’s other major sources of revenue continue to hemorrhage cash under the strain of the coronavirus pandemic. As an illustration, Disney has halted all ongoing shootings and postponed the release of new titles as major cinema chains – including AMC Entertainment (NYSE:AMC) – have either curtailed the seating or completely shuttered their cinemas. One of the most high-profile casualties of this development has been the much-anticipated release of the ‘Mulan’ movie originally slated for the 27th of March. Disney was expecting to rake in between $80 million and $100 million during its opening weekend in theaters. In cognizance of this pandemic era reality, Disney is now aggressively promoting its Disney Plus service to compensate for the loss of revenue from other quarters – including its iconic theme parks. For instance, the Frozen II – which earned $1.45 billion at the box office – has been released on Disney Plus about three months earlier. Moreover, the sci-fi fantasy ‘Artemis Fowl’ will now be released directly on the streaming platform on the 29th of May.

As the library of Disney Plus continues to fill at a rapid pace, consumers seem to be pivoting toward Netflix’s upstart competitor. For example, as per a March survey of over 6,000 people in the U.S. by the TV analytics company EDO, Disney Plus and Hulu have become the most popular streaming services among the first-time subscribers, with 29 percent of new subscribers choosing Disney Plus and 21 percent opting for Hulu. Netflix comes at a distant third with 15 percent, followed by Apple Plus at 10 percent.

In another survey that was released on the 2nd of April, Kagan – the media research unit of S&P Global Market Intelligence – polled 1,000 people between the 27th and 29th of March and found Hulu to be the most popular streaming service for those looking to add new options, followed by Netflix and then Disney Plus. Two out of ten survey responders affirmed that they were likely to add a new streaming service through June, with Hulu leading the pack at 6 percent, followed by Netflix at 5 percent, Disney Plus at 4 percent, and Amazon Prime Video at 3 percent.

While these statistics are troubling, readers should bear in mind that Netflix’s most effective weapon against its competitors has been its daunting catalog of titles and originals. As per an Omdia report, Netflix released 2,769 hours of original programs in 2019 alone, including 657 first-run original titles. Moreover, the streaming giant currently possesses a trump card within its arsenal – most of its 2020 lineup has already been filmed. While its competitors are frantically trying to build their catalog, subject to pandemic era restrictions, Netflix is releasing its scheduled programing like clockwork. This crucial factor alone should continue to shield Netflix from any serious threat to its primacy. However, this is not the time for complacency, as evidenced by domestic net subscriptions having declined in the past 10 of the 12 quarters, according to the data compiled by the streaming analytics firm Antenna.

As far as the upcoming earnings season is concerned, analysts have generally lowered their expectations when it comes to Netflix’s financials. From the end of 2019 to the 6th of April 2020, consensus revenue projections for Netflix’s first quarter of 2020 have declined from $5.76 billion to $5.74 billion, with expectations for paid net additions in the subscriber base sliding from 8.5 million to 7.42 million, as per the FactSet data. Moreover, FactSet currently estimates an EPS of $1.61 for Netflix.

Year to date, Netflix shares have generated returns of 14.57 percent, even as the broader market experienced worst losses since the great crash of 1987. Netflix was one of only 30 stocks in the S&P 500 which ended Q1 2020 in the positive territory. However, the stock’s previous stellar performance is unlikely to be matched anytime soon. As an illustration, Netflix registered a gain of 4,181 percent in the last decade. This means that a $1 million investment in Netflix’s stock on the 1st of January 2010 was worth over $40 million at the end of 2019. The cumulative returns posted by Netflix in the past 10 years materially exceeded those posted by every other member of the S&P 500 in the same timeframe.