Naughty Dog, an American video game developer that is responsible for some of the finest games ever developed for Sony's PlayStation consoles, is currently hard at work to bring two of its best games exclusively to the latest PlayStation 4 console. One of the two upcoming games, titled The Last of Us Remastered, is a next-gen port of the developer's award-winning PS3 game called The Last of Us, and the other is the latest installment in its remarkably famous action adventure video game series called Uncharted. 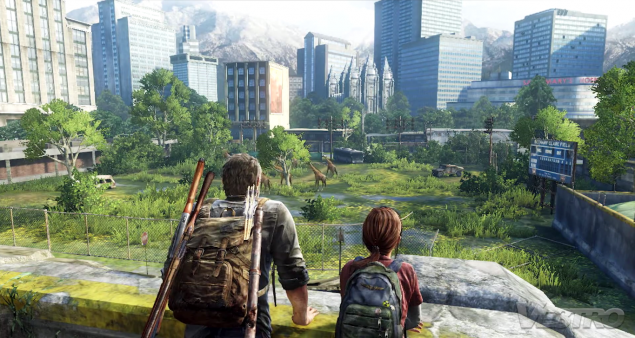 Naughty Dog devs have been praising the upcoming PlayStation 4 exclusive title The Last of Us Remastered a lot ever since the game was showcased at Sony's E3 2014 press conference. Now, when this most highly anticipated video game is only under a month away from its launch, the developer is hard at work to wrap it all up. The developers working on the game frequently update the fans on how is the game's development work is proceeding. Just recently, Jason Gregory, the lead programmer at Naughty Dog, tweeted that the team is working like crazy on The Last of Us Remastered, and it is shaping up really good.

Team working like crazy to finish #thelastofusremastered... can confirm rumors: TLOU/R for #PS4 is definitely impressive! 🙂

Talking about the use of C++11, which is the latest version of C++ programming language that is widely used in video games, Gregory stated that the team has not implemented it in the video game development yet, but the shift might be considered if C++11 turns out to be beneficial for their upcoming titles. The new version of the programming language is apparently good for boosting up the computation speed.

@0martint We haven't made a full switch to C++11... and in true, highly pragmatic ND style we'll do it only if/as it benefits our games.

Bryan Singh, who is a game designer at Naughty Dog, managed to take out some time and explain why the developer's upcoming highly anticipated video game called Uncharted 4: A Thief's End is exclusive to PlayStation 4 and will not come to the PlayStation 3 console. He tweeted saying that the American video game developer creates video games keeping only one console in focus so that most of the hardware potential is utilized.

@Miguel_BRomero Only announced for PS4. We build games specifically for each console so we can get the most out of the hardware.

The Last of Us Remastered is scheduled to launch on the PlayStation 4 console on July 29, 2014. The release date for Uncharted 4: A Thief's End is still unknown, however, it is set to release next year.