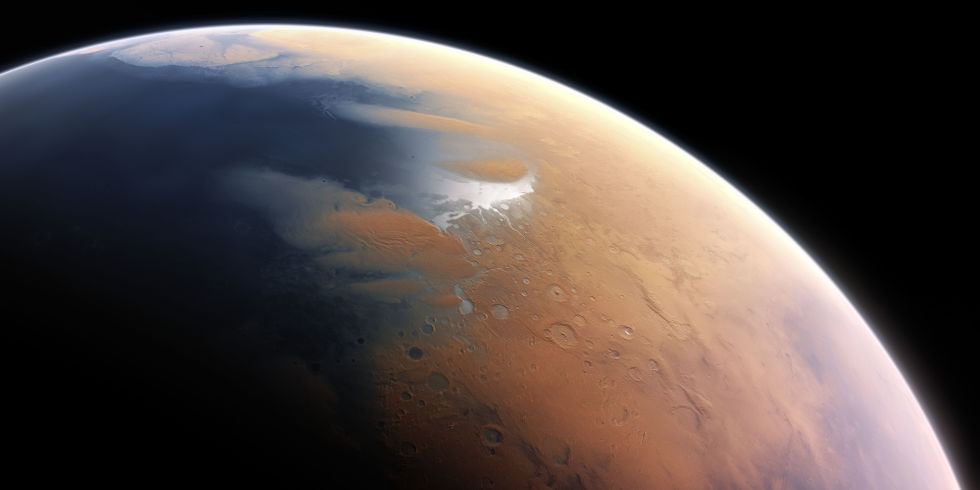 NASA has just provided an ingenious proposal on how to protect what is left of the planet Mars and facilitate crewed missions to the planet in the future: protect the planet with a magnetic shield.

Mars has water, essential for all forms of life but it is all ice. The red planet, as we know it, was not always a cold and murky planet with an inhospitable weather environment. At least not 4.2 billion years ago. Scientists believe the planet died due to the deterioration of its magnetic field 4.2 million years ago. Without the basic protection, the planet was vulnerable to solar winds and other harmful forms of radiation which eventually scraped of its environment bit by bit over the years.

Thus, Director Jim Green of NASA’s Planetary Science Division presented the ambitious idea of blanketing Mars with an artificial magnetic field. Green and his team proposed the magnetic shield to be atop the L1 Lagrange Point beyond the red planet itself, allowing it to create an artificial magnetosphere which would deflect the solar winds and harmful radiations.

"This new research is coming about due to the application of full plasma physics codes and laboratory experiments. In the future it is quite possible that an inflatable structure(s) can generate a magnetic dipole field at a level of perhaps 1 or 2 Tesla (or 10,000 to 20,000 Gauss) as an active shield against the solar wind”, said Director Jim Green.

NASA also thinks it will restore some of the planet's water

Simulations of this magnetosphere suggest that it may also be able to melt carbon dioxide ice at the north pole of the red planet (greenhouse effect), owing to the magnetosphere’s thickness. This may be able to restore some of the planet’s water, which will inevitably be much friendlier to long-term visits to the red planet.

These conditions would allow the explorers to study the planet in great detail, and could certainly pave a way for the colonization of Mars if the conditions are able to smoothen out and become habitable again. Till then, both NASA and SpaceX would have to wait for their ambitious plans of colonization to be executed.