NASA Released Footage Of Hurricane Matthew From The ISS And It’s Really Terrifying! 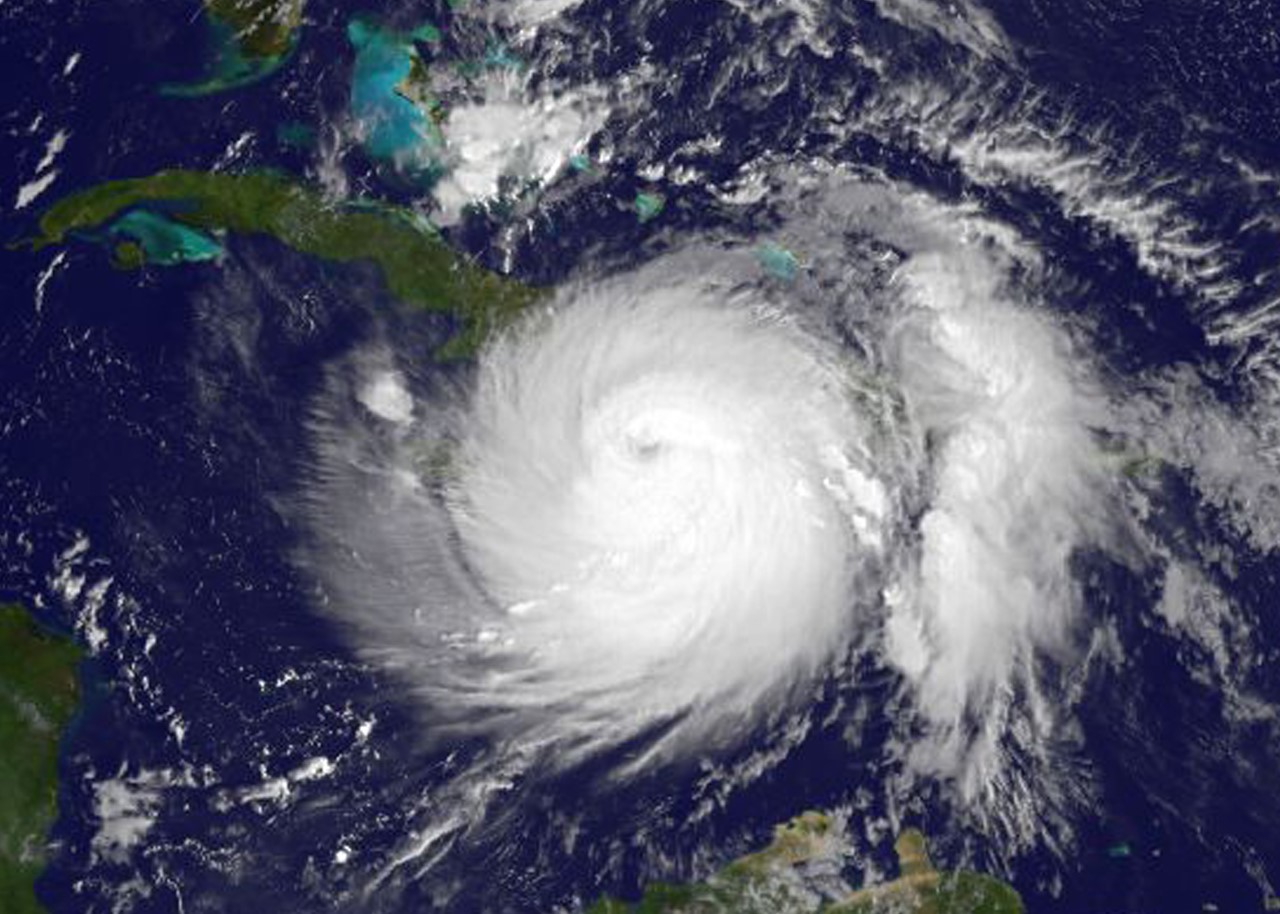 The Hurricane Matthew has spent the weekend spreading carnage over the Atlantic just South of Jamaica and Haiti. NASA released footage of Matthew which was captured from the International Space Station and it shows us the intensity of the Category 4 storm. This category is of very catastrophic winds that have wind speeds exceeding 131mph and less than 155mph. On late Monday night Matthew headed north towards Haiti with wind speeds reaching 140mph and ‘life threatening’ rain. Till now only one person has been killed by the storm.

The Category 4 storm Matthew could head towards the US

The footage from NASA (given below) has been sped up 4 times just to give you a better perspective. It was captured using cameras outside the International Space Station on Monday morning. The footage shows the complete orbital complex of the storm and just by looking at it; it is very frightening to see that the huge white cloud is all part of Hurricane Matthew.

The problem is that with strong winds Matthew will also bring around 40inches of rain to Haiti. This could trigger:

"life threatening flash floods and mudslides", according to the US National Oceanic and Atmospheric Administration (NOAA).

Jeff Masters, a weather underground meteorologist, told Maddie Stone at Gizmodo that the country that will be affected the most will be “undoubtedly Haiti”

"The risk is Haiti is also greater due to poverty - you’ve got 50,000 people who have been living outdoors [since the 2010 earthquake]," he explained to Stone.

By mid next week the hurricane is expected to change direction and head north towards the Bahamas. After which it will potentially hit the east coast of the United States.

"Right now, the greatest risk is for North Carolina, but that could change," said Masters. "The only thing we’re sure of as far as the US goes is that we’ll see a lot of pounding waves hitting the entire east coast."

Storm preparations have already started in the Caribbean. At last week’s end Matthew reached Category 5 which would have made it the strongest Atlantic storm since Hurricane Felix in the year 2007. But the storm has calmed down a bit and moved into Category 4 since then. Let’s hope it keeps on doing that so that the after effects aren’t really chaotic.

We would like everyone reading this to stay safe and inform every one if the storm does approach a place near you. Your feedback is really appreciated, do let us know what you think about this in the comments below.

Read more about it here.