NASA will be using a small and portable laboratory, which it calls the ‘chemical laptop’, to search for signs of extra-terrestrial beings on other planets. The laptop has been shown off before, and it is quite useful in areas where NASA’s buggies and rovers are useless, such as when it comes to intensive soil analysis the chemical laptop is the answer.

The chemical laptop is a development initiative of some NASA researchers where the research was mainly undertaken at the NASA's Jet Propulsion Laboratory (JPL) in Pasadena, California. According to the reports, the chemicals in the device can detect amino acids and fatty acids which can be used as a proof of a life signal. This devices detects these in a liquid samples where it extracts out the organic material using hot water in it. According to the team the device will be the most sensitive device of its kind to leave the Earth.

"Our device is a chemical analyser that can be reprogrammed like a laptop to perform different functions," said Fernanda Mora, one of the JPL technologists involved in developing the instrument. "As on a regular laptop, we have different apps for different analyses." 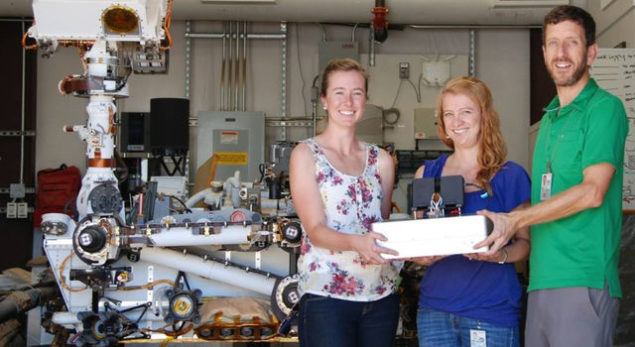 The laptop coats some sort of fluorescent dye to its samples, which in turns connects itself with either the fatty acids or amino acids. Since Amino and fatty acids are the fundamentals of proteins and cell membranes, they are an important aspect of a living being. However since these acids can readily be found in nonliving things as well, this is where the process gets a bit tricky and the only thing left to create a significant difference is the study of carbon chain lengths. 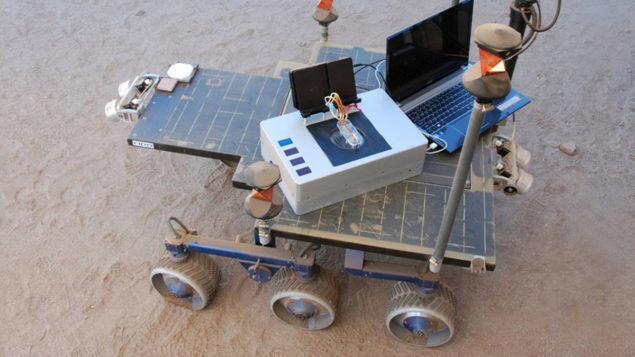 Once the above mentioned process in undertaken, the next step includes the separation of these acids through the use of a microchip, afterwards a laser is used to find out what’s inside the sample. The chemical laptop is still a smaller looking one (more like our standard laptops) which isn’t large enough when we look at other scientific devices which are not feasible to carry around as they are very huge.

NASA team has been working really hard to figure out if there’s any problem in the laptop that still exist and is trying to decrease the uncertainty regarding the devices output so that the sensitivity can increase and hence the chemical laptop can potentially be used for the environmental projects on Earth together with the some other planets as well.

"This was the first time we showed the instrument works outside of the laboratory setting," says Mora. "This is the first step toward demonstrating a totally portable and automated instrument that can operate in the field."