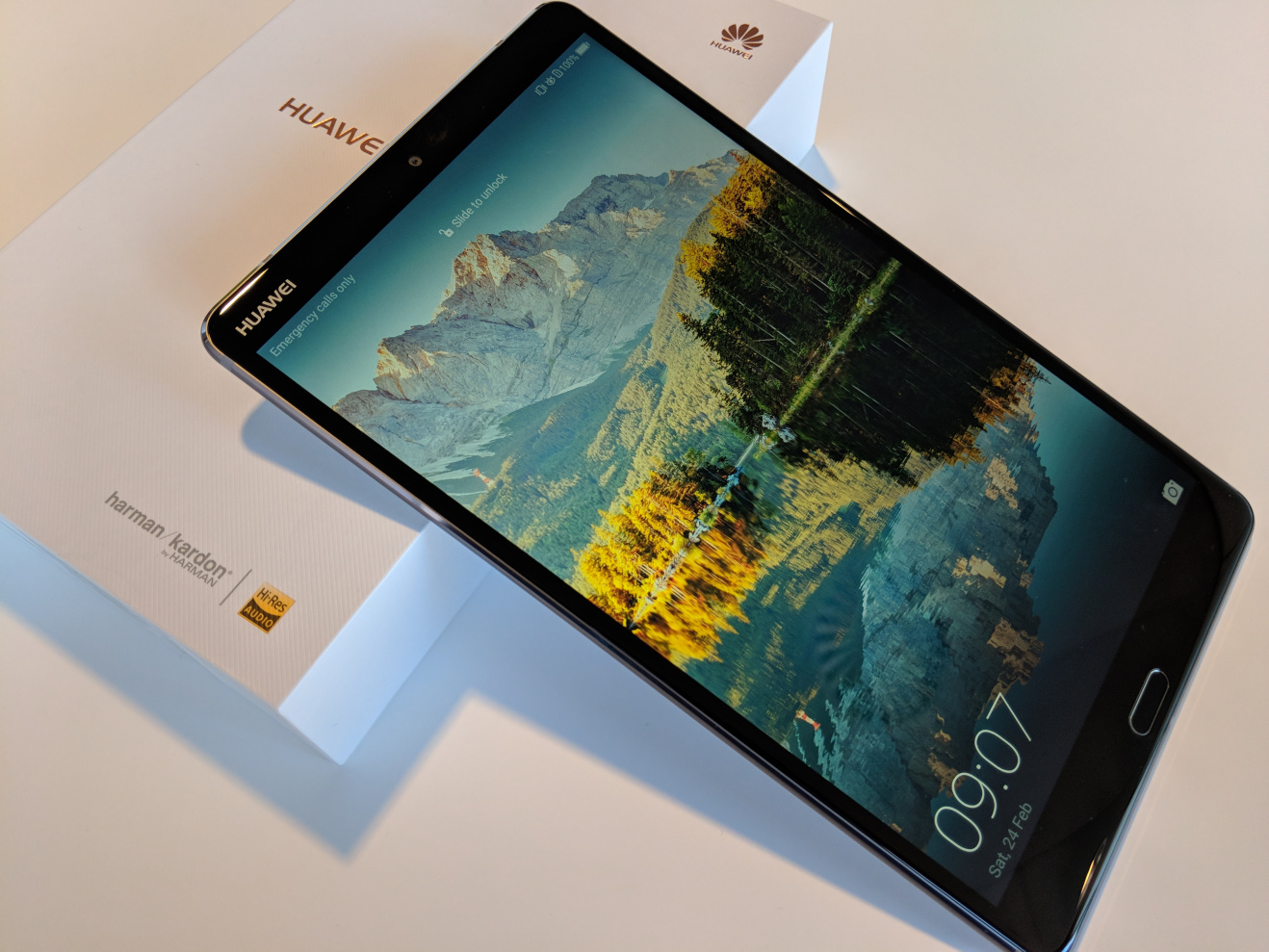 Sadly, we won't be seeing any Huawei flagship phones at MWC 2018. They did, however, announce a new wave of tablets under the MediaPad brand, and these aren't your garden-variety Android tablets that nobody owns.

The MediaPad M5 is available in 8.4- and 10.8-inch versions with IPS displays at 2560 x 1600 pixels resolution. The 8.4-inch variant unit offers 359 PPI while the 10.8-inch variant settles at 280 PPI. They are powered by the company's flagship Kirin 960 chipset, coupled with 4GB RAM and 32GB - 128GB storage versions. The Kirin 960 SoC has four A73 cores for performance and four A53 cores for efficiency. Under the hood, there is Mali G71 8-cluster GPU to accommodate graphics needs of the device.

The MediaPad tablets also feature a dedicated ‘Game Mode,’ which prolongs power limits for graphics and manages turbo frequencies for an extended time. The battery capacity is 5,100mAh, and Huawei claims its good for 10/11 hours. Huawei claims that the battery can be charged completely in two hours. It also comes 2/4 Harman speakers to give you a complete multimedia experience. Additionally, the tablets are the first to feature “2.5D” curved glass screens.

The tablet also comes with a 13-megapixel primary camera. The capacity of the secondary camera is unknown at this time, but we'll let you know once we know more. The tablet also comes with a magnetic strip, similar to the one we've seen on some Motorola phones. Accessories such as keyboards, camera lenses and projectors can be attached to it, which will be sold separately. For an additional price, Huawei even throws in in a pressure-sensitive Mate pen,

The high-end 10" M5 should be landing with am approximate €520 price tag. The smaller 8-inch variant is going to cost you a hundred less. We can see them hit the markets sometime in March, complete with nano-SIM card slots, LTE connectivity, and the latest Android 8.0 Oreo on board.