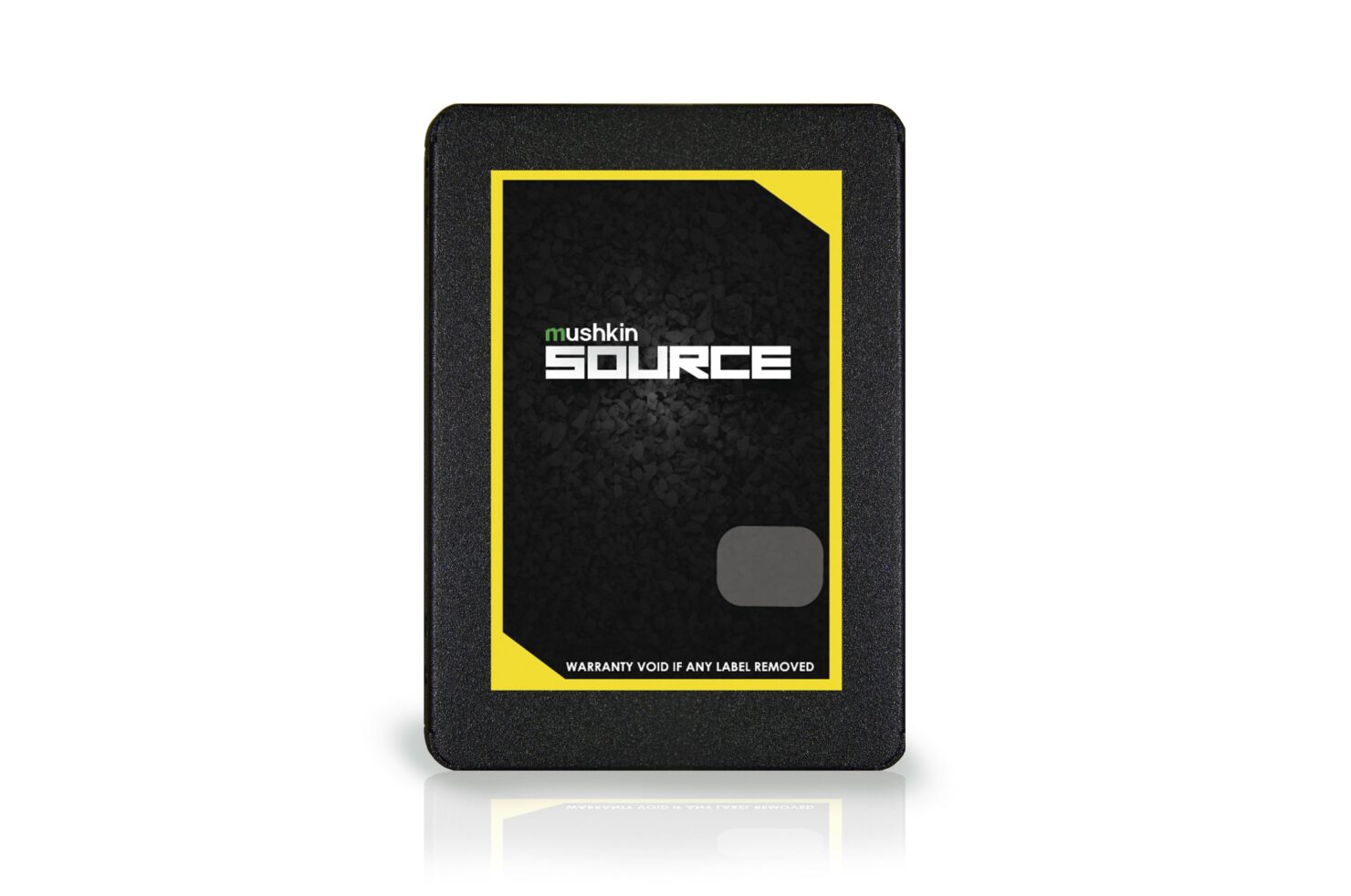 Mushkin a familiar name in Storage and RAM products for the PC Enthusiast market, is announcing the new Mushkin Source Series, a new line of solid state drives (SSDs) which should be hitting the store shelves of your favorite e-tailer soon. The Source Series features a powerful, yet cost-effective design suitable for a wide-range of applications perfect for most consumers who don't need the fastest most optimally performing SSD.

Mushkin seems to be targeted at users upgrading from an HDD, or adding additional SSDs into their system for cheaper mass storage. Using 3D NAND they can cut costs while not sacrificing a whole lot in performance as a SATA drive.

The three drives that are currently available are 120GB, 240GB and 500GB capacities. Mushkin has said that a 1TB drive will be available eventually but did not set a date on when we will be seeing it hit store shelves. The drives are using a Silicon Motion SM2258XT controller which should be fine considering the pricing, although still a rather reliable controller.

I imagine Muskin aiming for the laptop and budget desktop market for a simple drop in and set up type situation. Mushkin plans on shipping an M.2 2280 version of these drives for small form factor builds and ultra thin laptops later this month. As for the manufacturer of the NAND Muskin has remained silent, and until reviewers and users start popping these open it remains a mystery although again something common in the entry level SSD market.

The 500GB model hits 560MB/s sequential reads and 520GB/s sequential writes, and up to 75K 4K read IOPS and 81K 4K write IOPS though the smaller capacity drives are slower with the 120GB only getting 29K 4k read IOPS. This is rather slow compared to other drives in the budget price point, but these are the cheapest drives I can find at the moment so if you aren't particularly in need of a performance SSD and since real world SSD performance isn't very noticeable by most this may just be the drive for you.