Unlike what we've seen in the past by others, and a bit again this year, Mushkin sticks to their core and while they may not be revealing a lot of new products they're very focused. This is actually a good thing to see as they know where they excel in and are poised to take those things to the next level. All of the products they showcased will become available throughout the year but some of the higher capacity models may come at a later time.

The EON lineup from Mushkin is their foray into the PCIe Gen 4.0 world with mainstream and pro lineups. Both are featuring Silicon Motion controllers with the EON getting the SM2267 controller and the EON Pro getting the SM2264 controller. Capacities vary greatly depending on which model you go with, the EON ranges from 500GB to 4TB while the EON Pro goes all the way up to 16TB of capacity. Speeds are decent on the EON with reaching up 4GB/s read and 3GB/s write and Random 4K IOPS reaching 400K on read and write. The EON Pro steps it up a bit with Sequentials hitting 6.5GB/s read and 3.0GB/s write while Random 4K IOPS are reaching 700K on read and write. 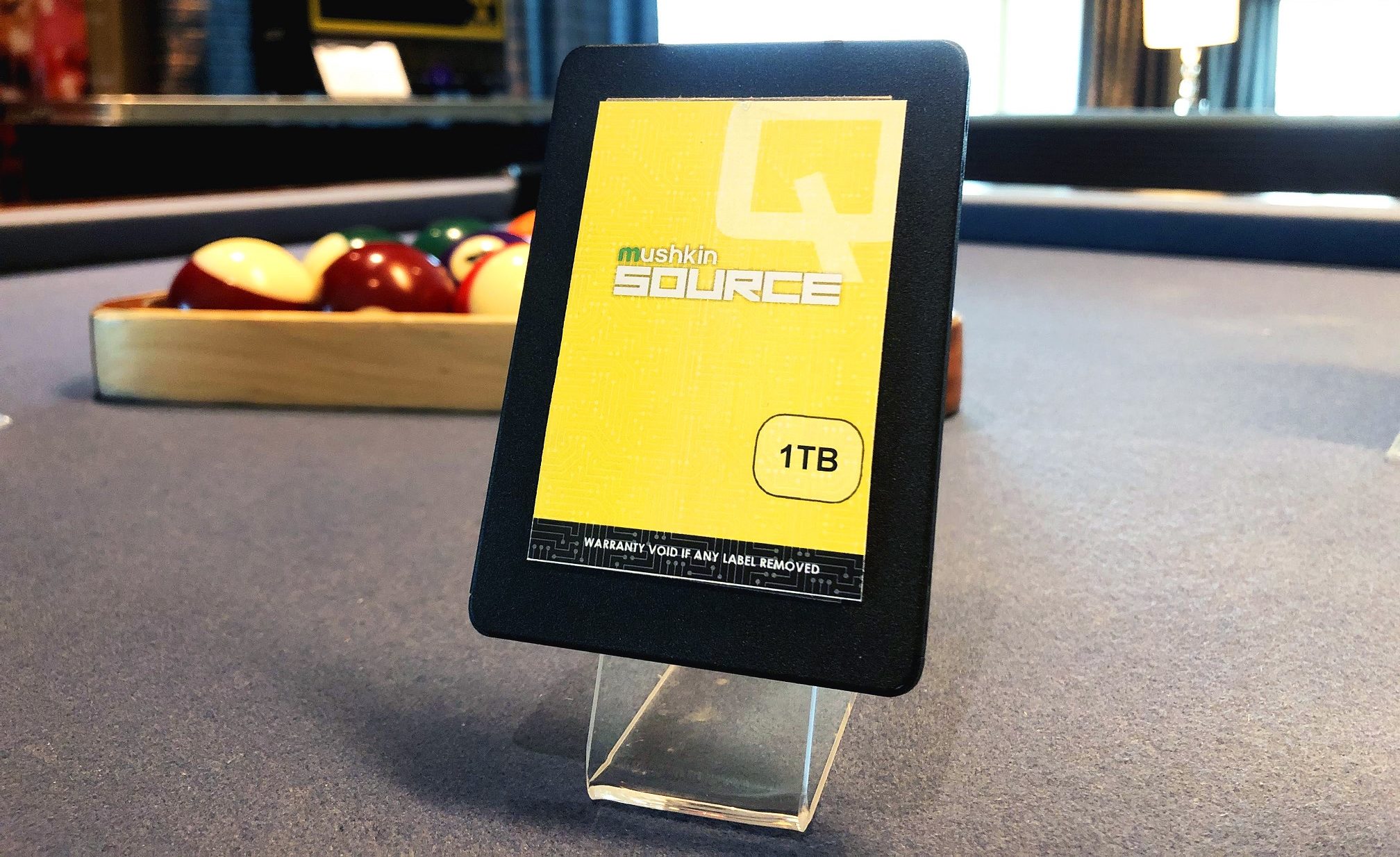 The Mushkin Source Q is an update to the Source lineup but this time containing QLC Flash technology sourced from either Micron or Intel to allow for a lower cost solution on the 2.5" form factor. The Source Q lineup will range from 500GB to 2TB and be powered by the Silicon Motion SM2259XT controller. This will allow for up to 560MB/s reas and 515MB/s writes and basically tap out the SATA III ports bandwidth. Random 4K IOPS are rated at 95K read IOPS and 86K write IOPS. 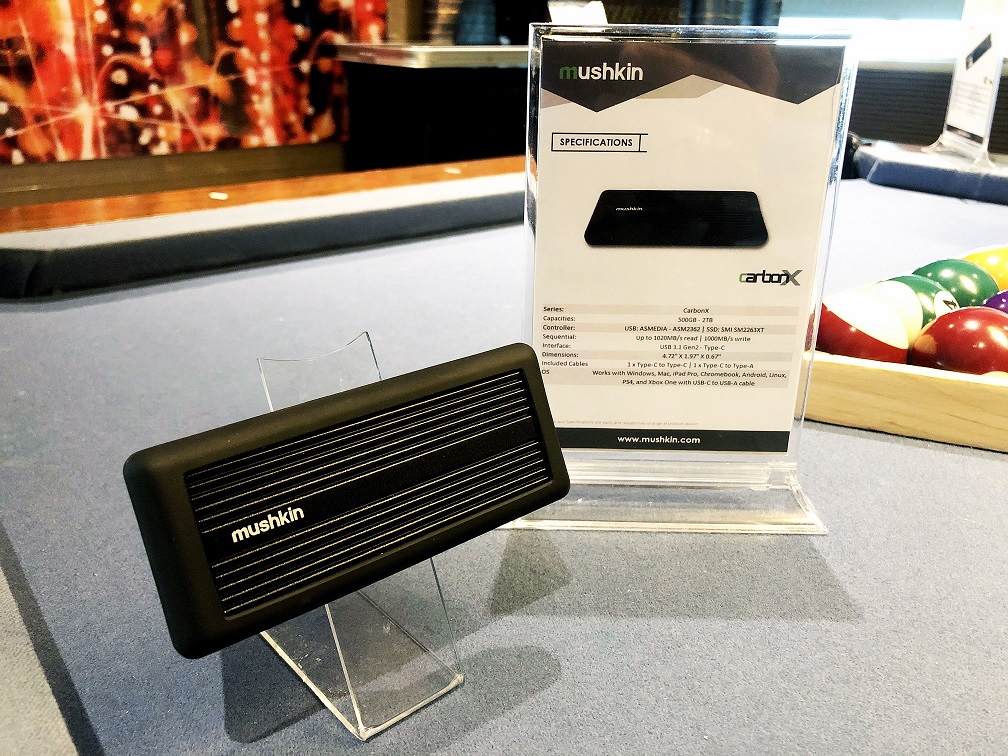 With the growing number of thin and light notebooks not taking into account additional space for storage expansion the need for hyper-fast external storage is growing and Mushkin is looking to get in on that trend with the CarbonX. The CarbonX is a smaller NVMe based external device that uses the USB 3.0 interface for hitting 1,000MB/s read and 1,000MB/s write speeds in capacities up to 1TB. The build quality is strong with a metal heatsinked casing with the edges wrapped in silicone rubber making it easy to grip but also act as a solid head dissipator for the storage device inside. 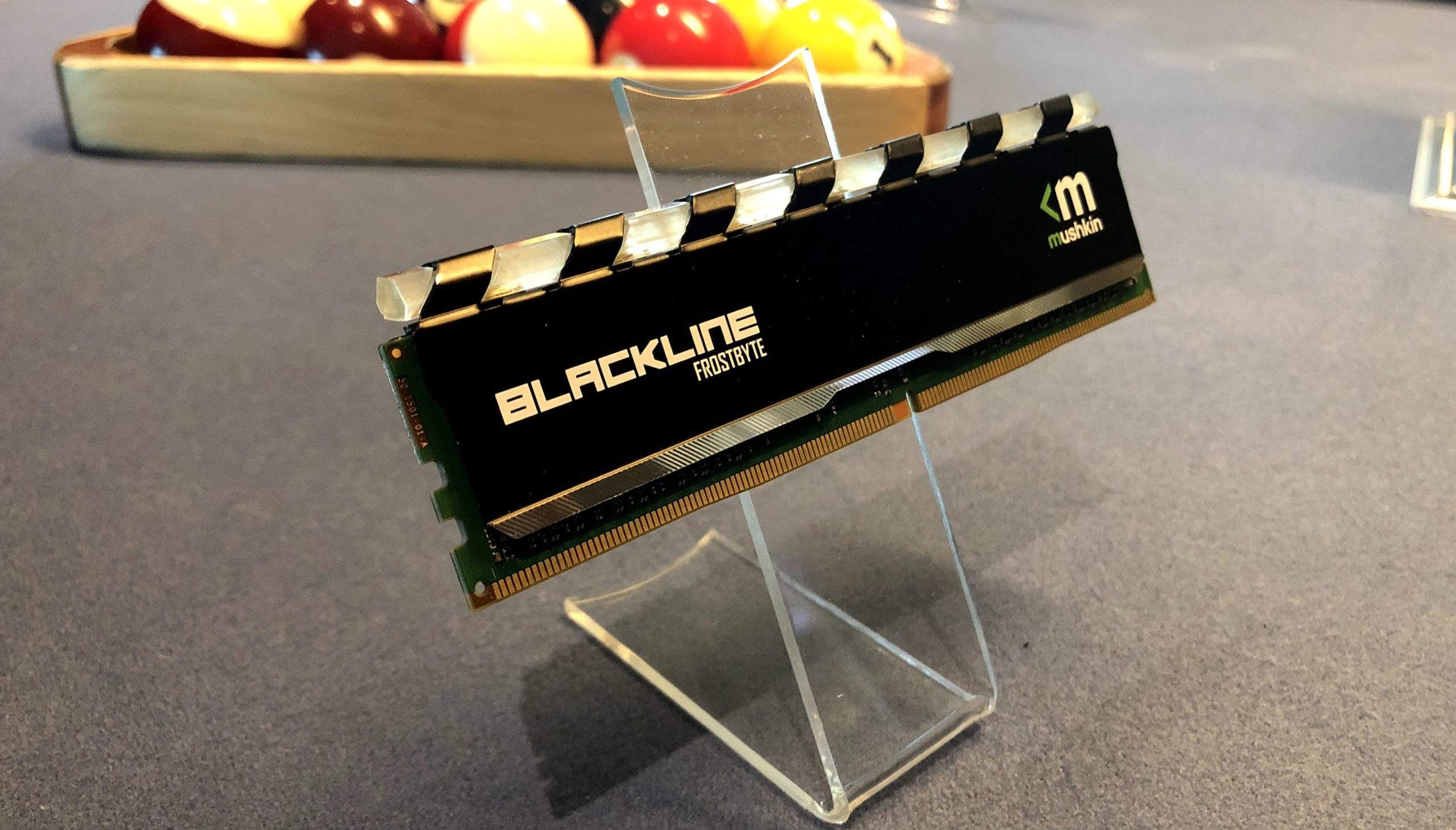 Would it really be 2020 without something RGB? Mushkin is finally on board with the RGB train using their existing Blackline Frostbite heatsink as the source of inspiration. Ranging in modules from a single 8GB stick up to a 64B (2x32GB) kit Mushkin is looking to offer capacities for everyone. Speeds start at DDR4 3000 CL16 and go up to DDR4 4000 CL18, but you'll want to inspect each kit for those details. The RGB is handled by 16 diodes run along the top of the PCB and diffused through a frosted tube that nestles itself right into the existing Frostbite heatsink design meaning they didn't have to resign that portion and are able to keep it small and subtle. Hate RGB? Don't worry, they'll continue to offer a non-RGB variant for those who want to stay in the dark.