Murdered: Soul Suspect PC vs PS4 vs Xbox One GIF Comparison: PS4 Version Crisper Than All

Murdered: Soul Suspect is Square Enix's latest games that was released a couple of days ago on last-gen and latest-gen consoles along with PC. Developed by Airtight Games, this action stealth video game failed to score high review marks and impress its audience, reportedly because the developer could not manage to arrange the storyline of the game properly. Keeping story and in-game missions aside, here is a graphics GIF comparison between PC, PlayStation 4 and Xbox One versions of the game. 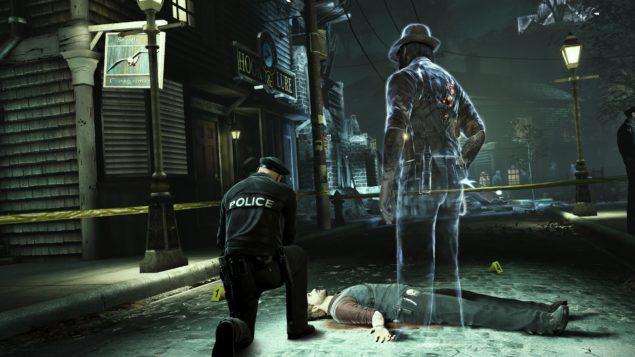 Murdered: Soul suspect is actually a game that features a protagonist who is a ghost. Bound to investigate and solve the case of his own murder, Detective Ronan O'Connor makes use of his newly found ghostly abilities to reach his killer through a young girl, who witnessed his murder and also possesses the ability to see and converse with ghosts.

The storyline of the game has been rated as not very strong, but that is not what we are here for, we are here to see how the next-gen versions of Murdered: Soul Suspect hold up graphics wise. Thanks to GamingBolt, we have a short GIF video comparison between PC, PlayStation 4 and Xbox One versions of the game, showing first few second of the opening scene.

According to the site, cut scenes comparison for Murdered: Soul Suspect has been purposely avoided and the main focus is kept on short gameplay scenes. Going through the comparison, it is clearly visible that the PlayStation 4 version of the game is more smooth and crisper than Xbox One and even PC. If analyzed closely, the anti-aliasing on PlayStation 4 version of the game is also very slightly better than the Xbox One version.

Murdered: Soul Suspect PC, PlayStation 4 and Xbox One GIF video comparison can be seen below. Please note that these high quality GIFs will take some time to load completely and this might also unsync the video play times, in case if that happens, press F5 to refresh the page and sync the GIFs again.