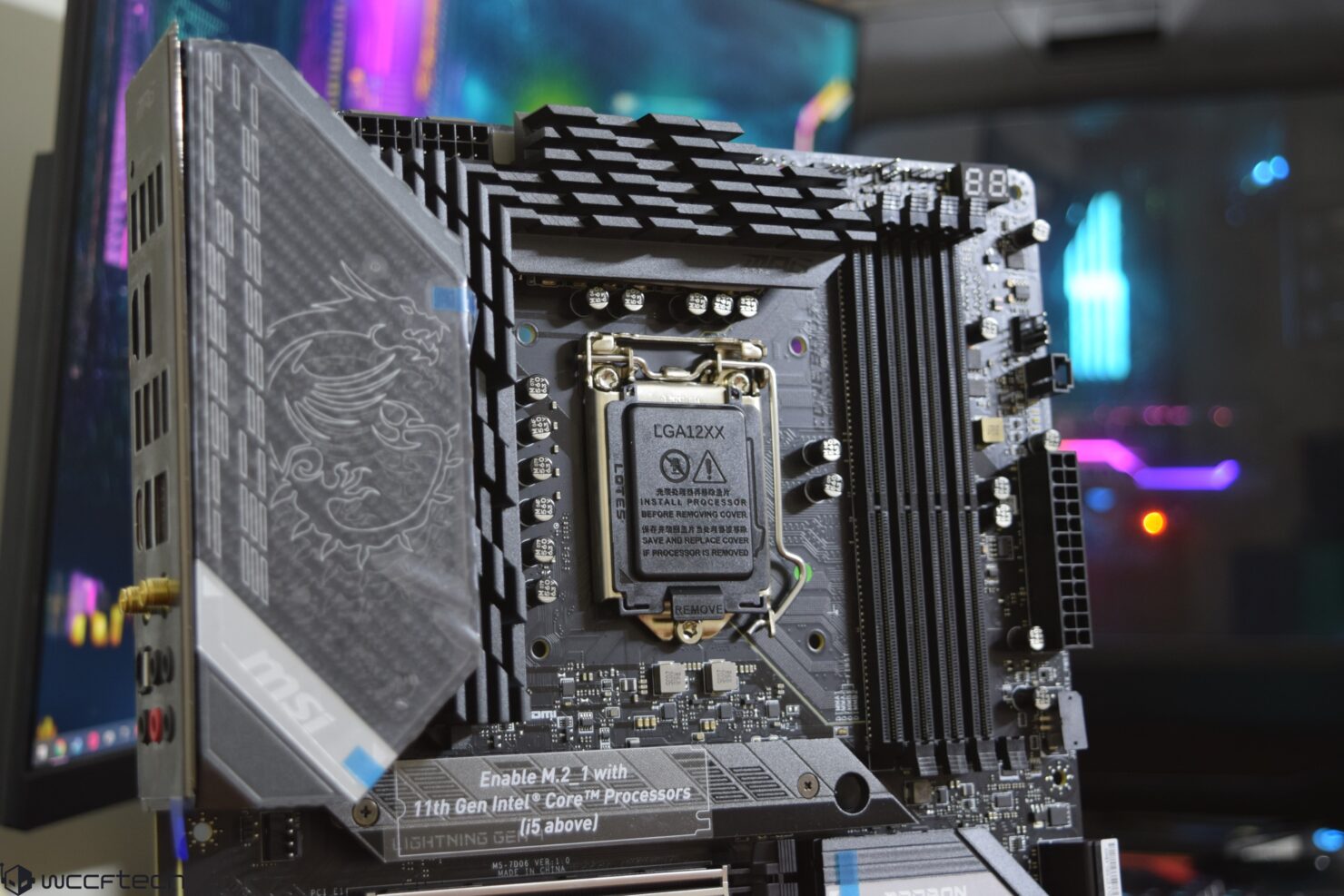 Intel's Z590 platform is finally official and so are the 11th Gen Rocket Lake Desktop CPUs. All major board makers unveiled their full 500-series lineup today with MSI being one of them. Well, MSI has sent us their MPG Z590 Gaming Pro Carbon WiFi motherboard to give you an early preview of what to expect from the upcoming motherboard compared to the Z490 series.

Surrounding the CPU socket is an 18 phase power delivery with Titanium chokes and solid caps that can sustain heavy power draw. The CPU socket itself is powered by dual 8-pin connectors & the motherboard receives power through the 24-pin ATX connector. The VRM features a high-density thermal pad to dissipate heat off the power delivery system effectively. In addition to it, both heatsinks are interconnected by a heat pipe which ensures proper thermal load balancing for the VRMs.

The larger set of the heatsink is mostly hidden beneath the rear panel I/O plate which have the large MSI Dragon logo and also a silver emblem plate with the MSI branding. There are 4 DDR4 DIMM slots on the motherboard which are designed to support up to 128 GB memory capacities and speeds nearing up to 5000 MHz (OC+).

Expansion slots on the motherboard include three full-length PCIe x16 slots of which the topmost is Gen 4 compliant while the rest are Gen 3.0. They also run at x16/x8/x4 link speeds. The top two PCIe x16 slots are shielded by a metal cover and have added retention points which add durability and avoid unnecessary tearing of the PCIe slot. The motherboard also comes with triple M.2 slots of which one is a Lightning Gen 4 slot that offers Gen 4x4 speeds while the remaining two offer 3x4 speeds. All M.2 slots are covered by M.2 Shield Frozr heatsinks.

The Z590 PCH on the MSI MPG Z590 Gaming Pro Carbon WiFi sits beneath a large heatsink which is a solid aluminum plate. The PCH cover has the carbon fiber texturing and the 'Carbon' monogram. The motherboard comes with 6 SATA III ports, a single USB 3.2 Gen 2, USB 3.0 & dual USB 3.0 front panel headers. There's an additional 6-pin auxiliary power connector for the PCIe lanes. The board also comes with an LED on and off switch and 4 RGB headers, 8 fan headers.