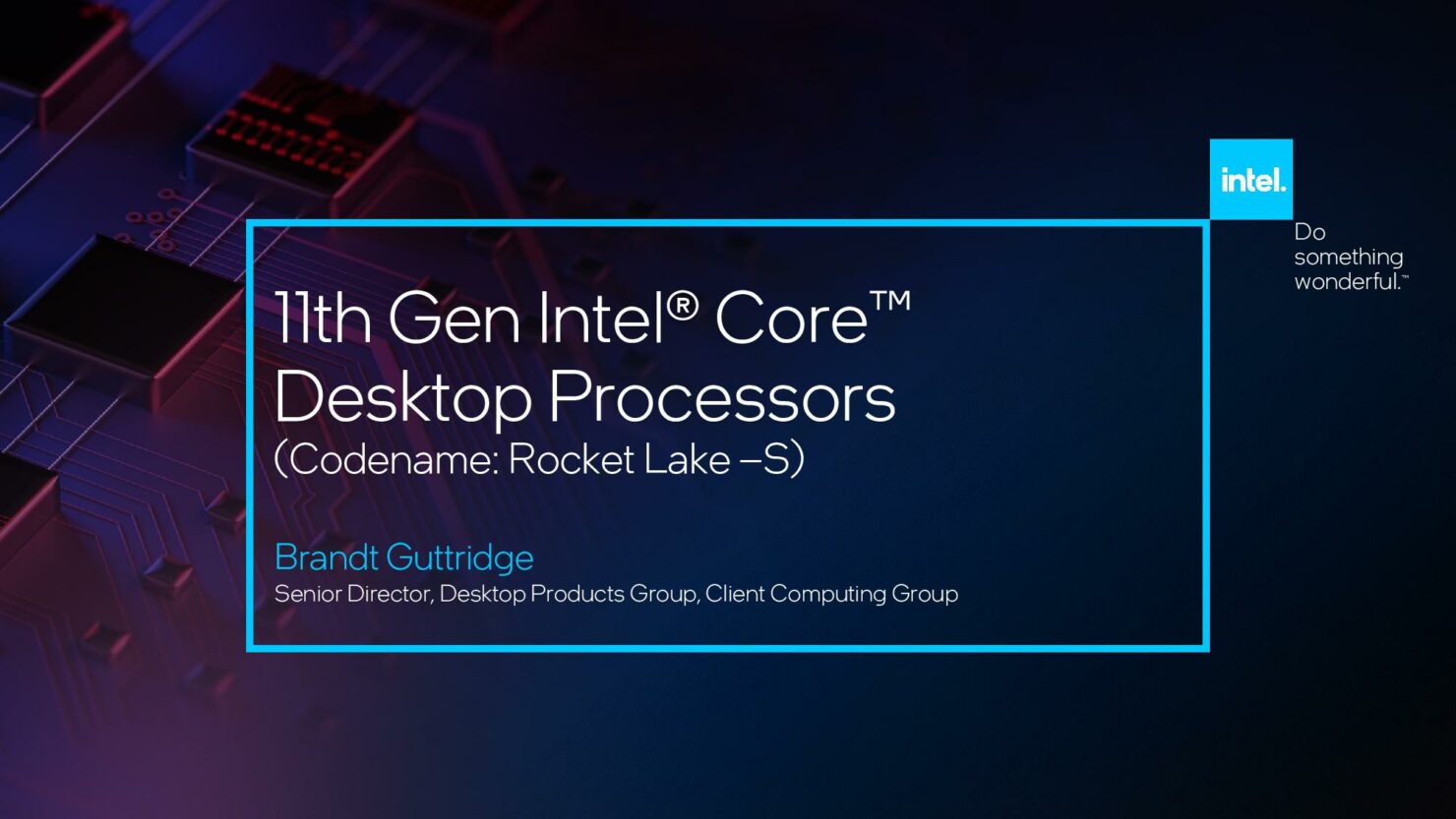 Intel has previewed its upcoming Rocket Lake architecture for the first time at CES 2021. Rocket Lake CPUs mark the first major architectural overhaul in well over 5 years and is an architecture that has been meticulously backported from 10nm so Intel could bring it to market as soon as possible. Not only that, but it will finally bring PCIe 4.0 support to the Intel mainstream platform which is something that has been sorely lacking so far. 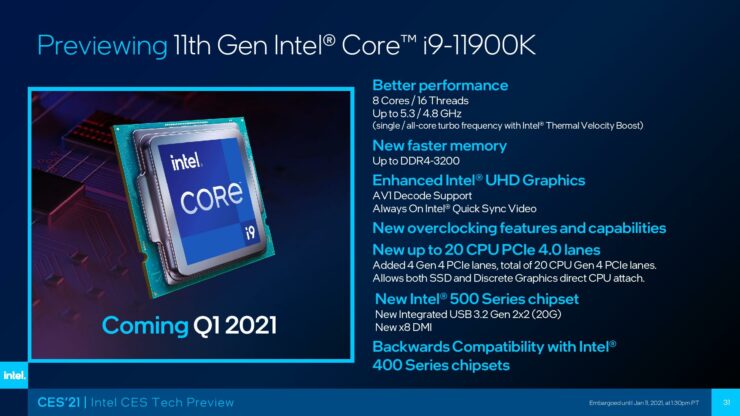 Intel's Rocket Lake processors will have up to 8 cores (and 16 threads) and feature 50% more integrated graphics power based on the Xe architecture. RKL-S is based on the 14nm process, but unlike older generations, it will feature a revamped architecture based on the Sunny Cove (Ice Lake) architecture called Cypress Cove. It is essentially a backport of 10nm (non-SuperFin) to 14nm. PCIe 4.0 support and Xe 12 generation graphics have been added as well.

Intel also demonstrated next-generation desktop technology for gamers and enthusiasts coming to market in 11th Gen Intel® Core™ S-series desktop processors (“Rocket LakeS”). Featuring 19% gen-over-gen instructions per cycle (IPC) improvement for the highest frequency cores and headlined by the Intel Core i9-11900K, these processors will bring even more performance to gamers and PC enthusiasts at launch in the first quarter of 2021.

Additionally, Intel demonstrated “Alder Lake,” the next-generation processor that represents a significant breakthrough in x86 architecture and Intel’s most power-scalable system-on-chip. Due in second half of 2021, Alder Lake will combine high-performance cores and high-efficiency cores into a single product. Alder Lake will also be Intel’s first processor built on a new, enhanced version of 10nm SuperFin and will serve as the foundation for leadership desktop and mobile processors that deliver smarter, faster and more efficient real-world computing. -Intel CES 2021 Press Release

Since it is based on the 14nm process, Rocket Lake S will be able to boost up to 5.3 GHz (which is typical for the highly mature process right now) allowing for a best of both worlds situation where new architecture is able to hit the ground running (speaking from a clock speed perspective) because of the highly mature node. The all-core turbo is going to be 4.8 GHz, which is pretty high for an 8-core chip. 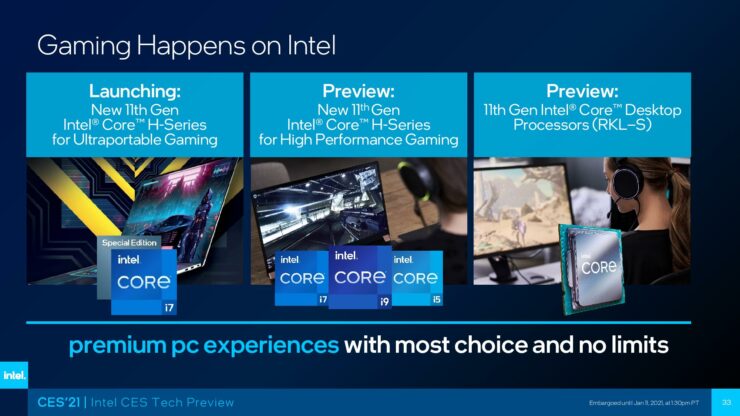 Rocket Lake S will feature 20 CPU based PCIe 4.0 lanes (4 more than the last generation) making it the first mainstream Intel architecture to support the PCIe 4.0 standard and something that has been sorely lacking from the company's lineup right now. It features new Deep Learning Boost and VNNI support which should give a significant speedup to AI-related workflows. It also features the new USB 3.2 Gen 2x2 standard for blazing-fast USB speeds and has Intel's 12th generation Xe graphics iGPU - which is nothing to sneeze at. Xe Graphics introduces support for high-end video decoders like 4:4:4 HEVC and VP9 while allowing display resolutions of up to 3x 4k60. The integrated memory controller now natively supports speeds of up to DDR4-3200 without any overclocking.

This is great news for enthusiasts because RKL is going to be the first major new architecture in a very long time. What is even more amazing is that Intel managed to preserve the vast majority of the IPC gain from 10nm Willow Cove (which was 25%+) with the new 14nm architecture clocking in at a 19% IPC gain. A double-digit IPC improvement while staying on the same node is absolutely insane. A 5.3 GHz boost clock combined with a major new architecture should offer the best possible combination for a performance upgrade for Intel customers (although at the cost of similar TDP) in a very long time and I am personally really excited to see how this performs. You can check out gaming benchmarks of Intel's Rocket Lake S over here.