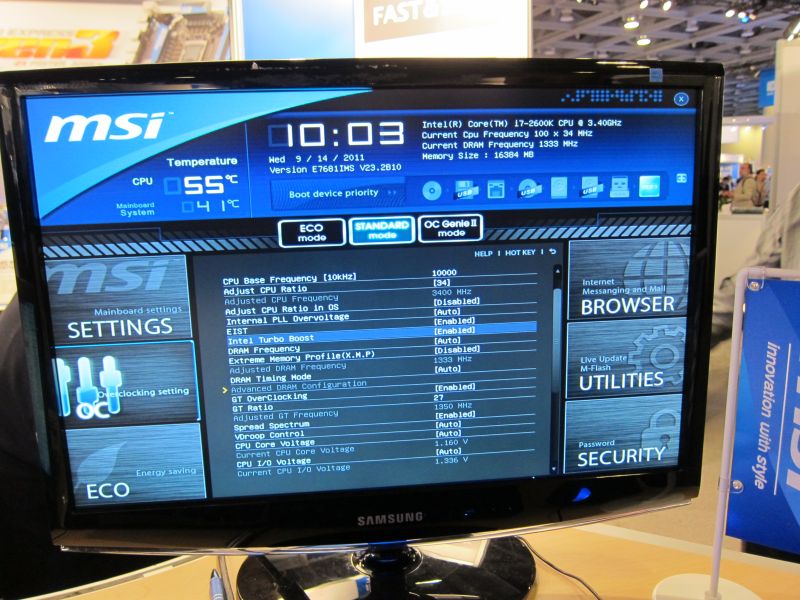 MSI has unveiled its LGA 2011 lineup of Motherboards at the IDF (Intel Developer Forum) 2011 event. The lineup consisted of three new motherboards based on the X79 chipset featuringthe LGA2011 socket which would support Intel's Upcoming Sandy Bridge-E Processors. The first motherboard we are going to detail is the MSI X79A-GD65 (8D) which is a High End Motherboard featuring an ATX Form Factor. The VRM and Power Phase are scattered at the top and bottom of the socket, The top area is equipped with a passive heatsink but the bottom ain't but there are attachment holes which means one would be included in the final design. 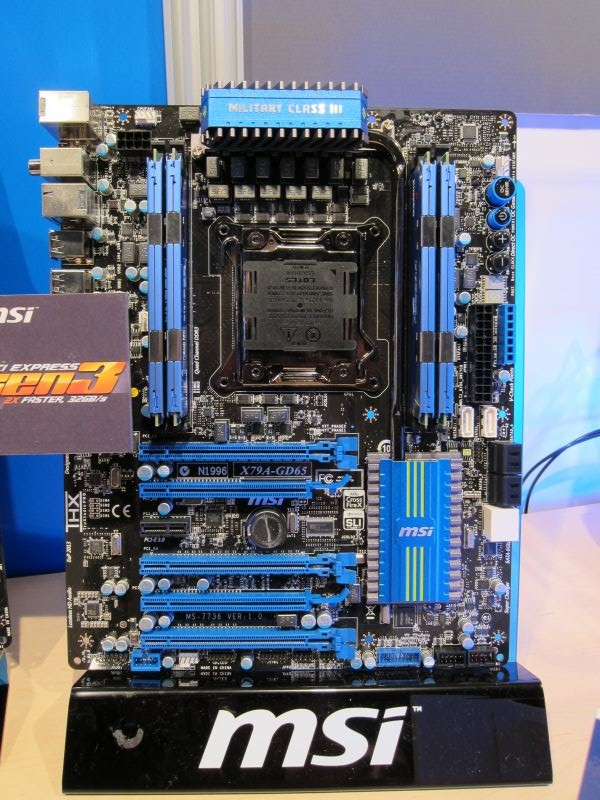 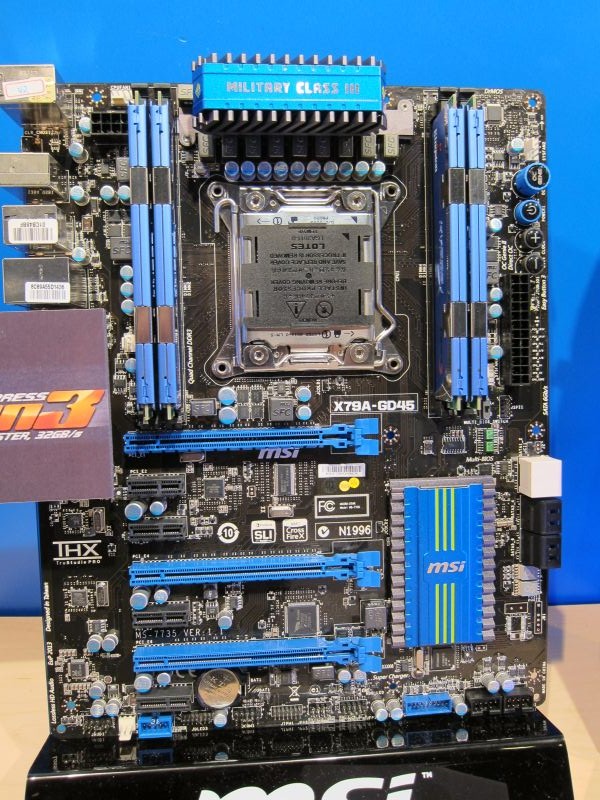 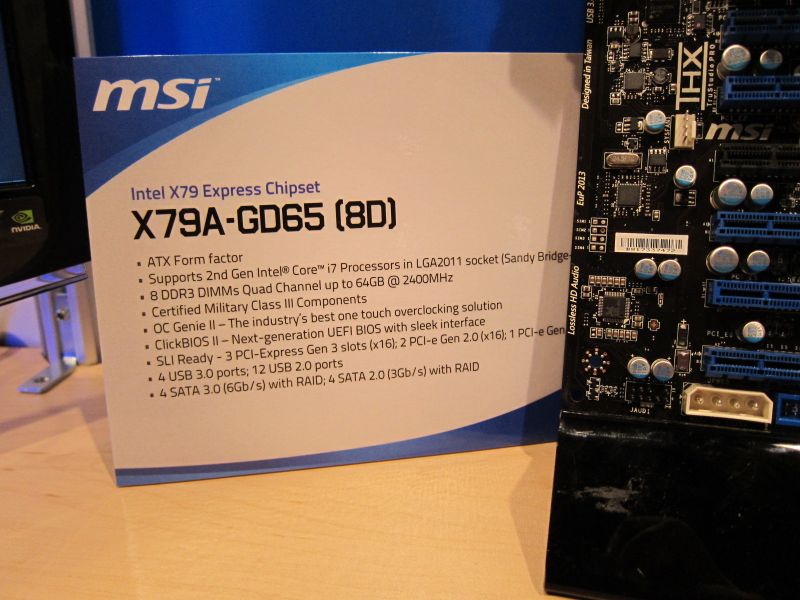 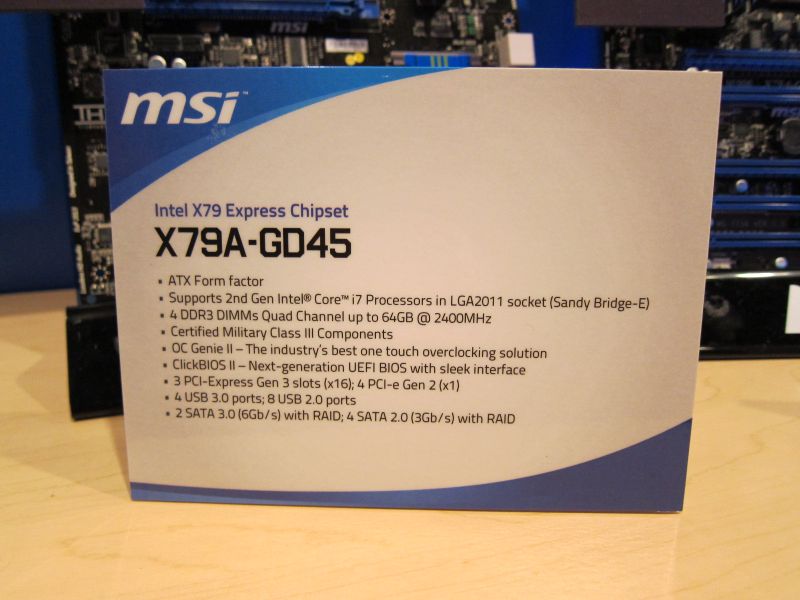