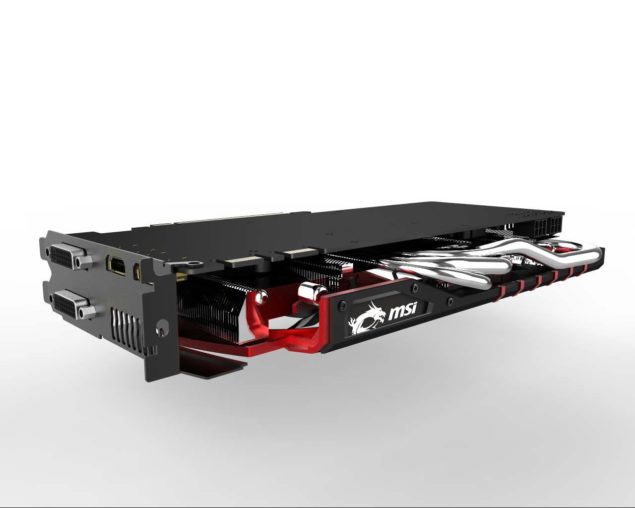 MSI teased their next generation Twin Frozr V cooling solution on their official Facebook page which goes off to show a neat new design scheme. Since Twin Frozr V will become a part of the Gaming and Lightning series, the only thing that will separate them is the color scheme. For Gaming series, MSI adopts the red and black theme color while the Lightning series adopts a yellow and black color scheme along with the possible introduction of a new MSI Tri-Frozr cooling solution. Nevertheless, what we can see from the rendered image is quite a beast which sticks loyal to the Dragoon G-Series design scheme which MSI has implemented on their Z97 boards and looks great.

The cooling assembly is made up of a large aluminum fin stack which makes use of dense aluminum heatpipes that circulate through the heatsink blocks and through the sides of the heatsink. The heatsink shroud we saw back at Computex has now been updated with a red and black color scheme. There's a MSI logo on the side which may emit an LED effect but we can't confirm that. Six aluminum heatpipes run through the copper base and into the aluminum fin array to dissipate heat from the nockel-plated copper core contact base. There are actually two sets of heatsink which are interconnected via the heatpipes, the front section cools the GPU core and memory while the other section of the heatsink will offer cooling to the electrical components such as the VRMs, PLL, MOSFETs and other power circuitry. The shroud has a massive opening for the fan slots so we can see some high-end propeller blade fans on the MSI Gaming series cards.

Aside from the heatsink, MSI has also provided hints at the upcoming Maxwell GeForce GTX 980 and GeForce GTX 970 graphics cards. The card makes use of two 6-Pin connectors which means that we are looking at a modest TDP of around 190W (possibly even lower) and similar to the GeForce GTX 680 while being faster in terms of performance than the GeForce GTX 780 Ti. The card still features SLI gold fingers which means NVIDIA has no plans to switch to XDMA based solution and will directly go the NVLINK route with Pascal generation which offers more availability then PCI-Express architecture. Display connectors include a gold plated HDMI, Display connector along with two regular DVI-D Link interfaces. Do note that since this is a render, MSi could have used a reference PCB design from an older board to showcase the new cooler so this can't entirely be related to the GTX 980. 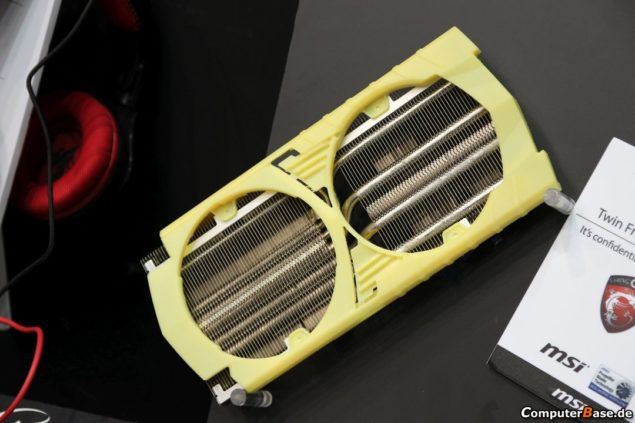 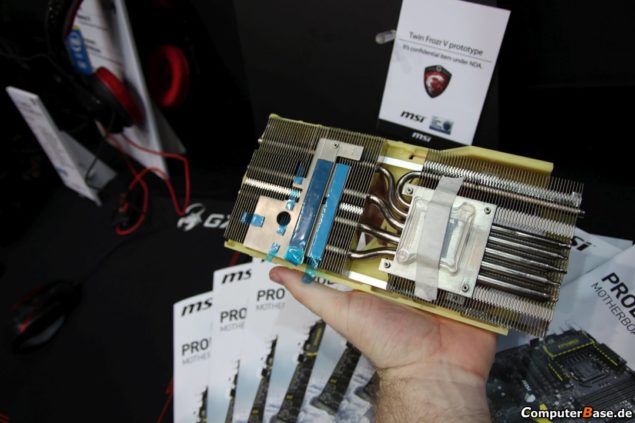 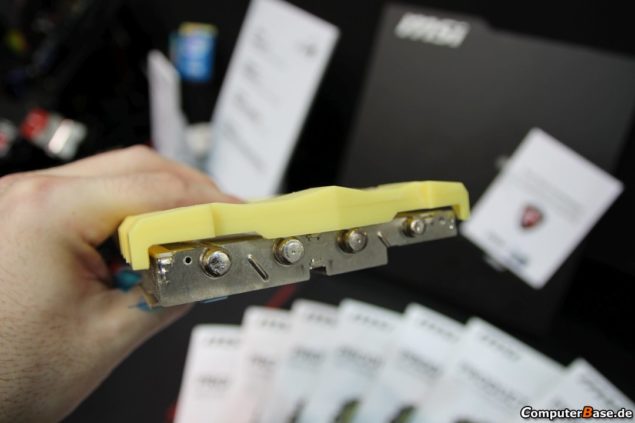