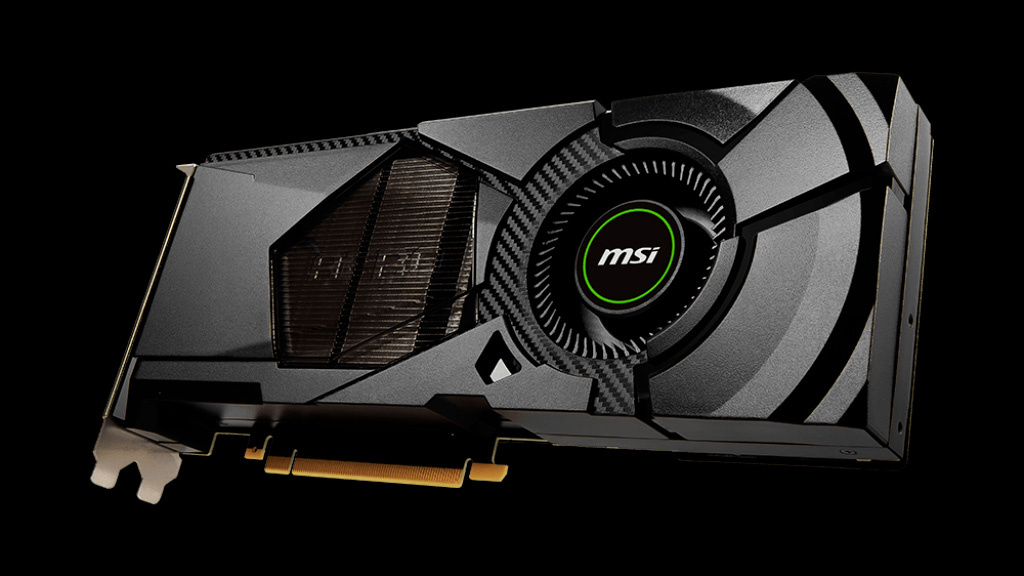 In terms of the GPU die itself, we detailed the GPUs inside of all the NVIDIA CMP series graphics cards in an article last February. The NVIDIA CMP 50HX features the Turing TU102-100 GPU die. The GPU die is likely a cut-down version or a version lacking some features necessary for it to don the GeForce name. The TU102 silicon has been used on models including the NVIDIA GeForce RTX 2080 Ti and more. The GPU die hasn't been confirmed so we'll have to wait until the CMP 50HX is torn down.

The cooling design of the MSI NVIDIA CMP 50HX MINER is a blower-style cooler using MSI's AERO thermal design. The fan uses extremely durable double ball bearings to keep the card operating for a long time. The fan pulls in cool air and exhausts it through the backplate. The card even has a custom PCB and a custom backplate. The TDP of the card is 225W and it requires dual 8-pin power connectors to power. The dimension of the card is 268 x 114 x 36mm.

The MSI NVIDIA CMP 50HX MINER wasn't formally announced and the pricing is unknown. The availability is also is unknown, but the cards will be sold to cryptocurrency miners.