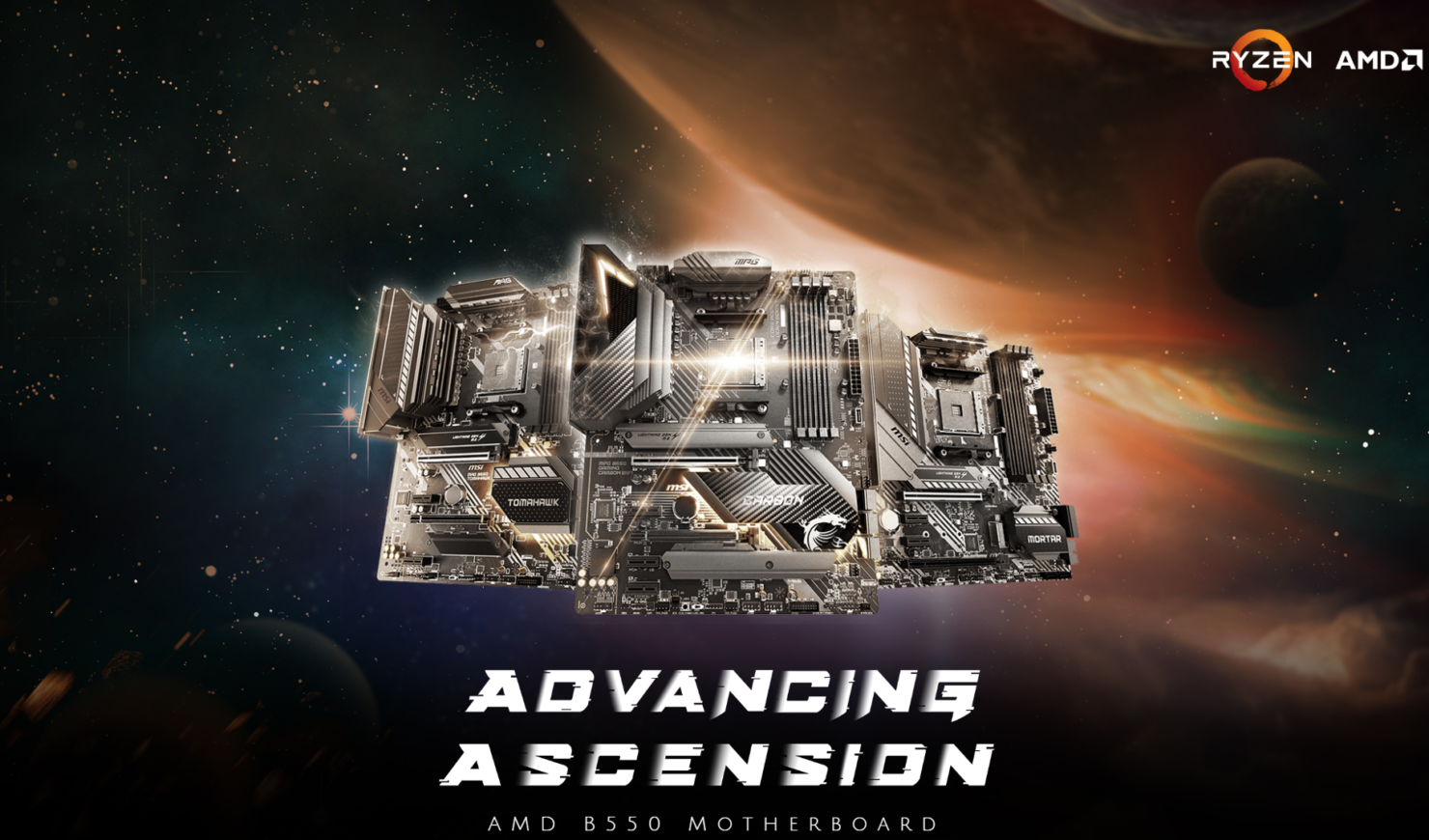 MSI has started rolling out the latest AGESA 1.1.9.0 BIOS firmware for its AMD 500-series chipset (X570 & B550) based line of motherboards. The latest BIOS will introduce support for AMD's Curve Optimizer tech and also improves Ryzen 5000 CPU stability.

MSI confirmed that it has initiated the first phase rollout of its new X570 & B550 BIOS based on the AGESA 1.1.9.0 firmware. The AGESA 1.1.9.0 is the official BIOS firmware that will enable support for AMD's brand new Curve Optimizer feature. In addition to the Curve Optimizer feature support, the BIOS also fixes compatibility issues with NVIDIA cards when enabling Resizable BAR. Although there is no official support for BAR at the moment from NVIDIA motherboard makers have supported the feature on their Intel & AMD current-gen products.

As for the BIOS itself, MSI has first rolled out the BIOS for its MAG B550M Mortar & B550M Mortar WiFi motherboards. Both motherboards are now fully compatible with AMD's Ryzen 5000 Desktop CPUs offering features such as Curve Optimizer, SAM (Smart Access Memory) & also delivering the best possible stability when running an AMD Ryzen 5000 Desktop CPU.

We already got a glimpse of how AMD's Curve Optimizer works and performs in benchmarks that were provided to us by MSI. MSI demonstrated the feature on its B450 Tomahawk motherboard running an AMD Ryzen 9 5900X CPU. The motherboard lists the feature within the BIOS and there are three main settings to select from which include setting the number of cores, setting the all-core curve optimizer sign, and the magnitude. You can set the values per core individually or all at once. You can read more details on the feature here.

From what MSI has shown us, we can see that a negative AMD Curve Optimizer value can be set to reduce the Vcore under work-loads while simultaneously offering a higher boost frequency. The feature works in both single & multi-threaded workloads. The results of Curve Optimizer are as follows:

Expect a full rollout for the AGESA 1.1.9.0 BIOS Firmware for AMD's X570 & B550 motherboards around the end of December or early January. MSI will also be focusing on AGESA 1.1.0.0 Patch D which will enable support for Resizable BAR, enabling it with supported RX 6000 series graphics cards. The feature will be further expanded to NVIDIA graphics cards once the green team finalizes its driver update.