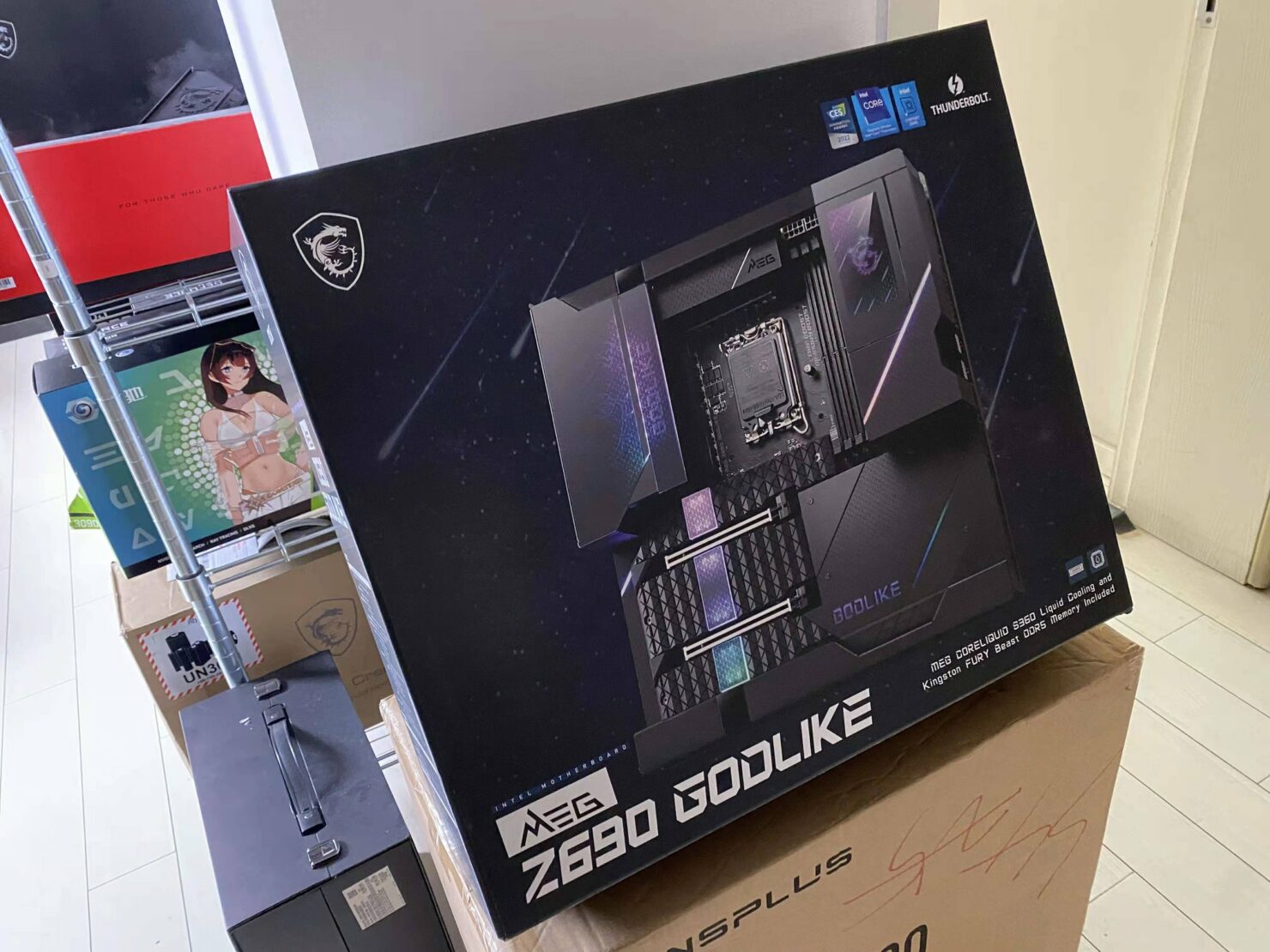 After giving you the first look and teaser of the MSI MEG Z690 GODLIKE, the motherboard seems to have leaked out by the first reviewers who got it. 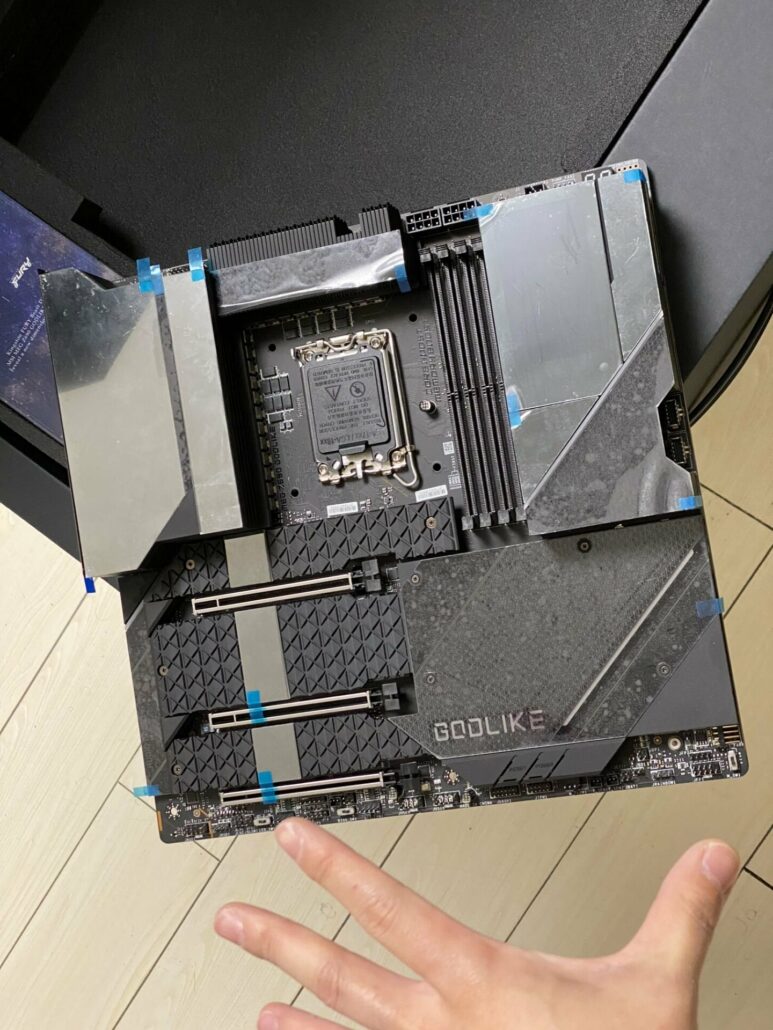 In terms of aesthetics, the MSI MEG Z690 GODLIKE motherboard features a vast array of RGB LEDs running over the M.2 slots, the I/O panel, and the PCH heatsink. There's also a huge 3.5" Touch LCD panel right next to the DDR5 DIMM slots making it as large as the first iPhone. The LCD panel will display useful metrics such as core clocks, temperatures, voltage readings and can be further customized through MSI's Dragon app. A new feature is that the whole LCD panel can be removed from the motherboard and set up somewhere else inside the PC which could be a useful design for many. 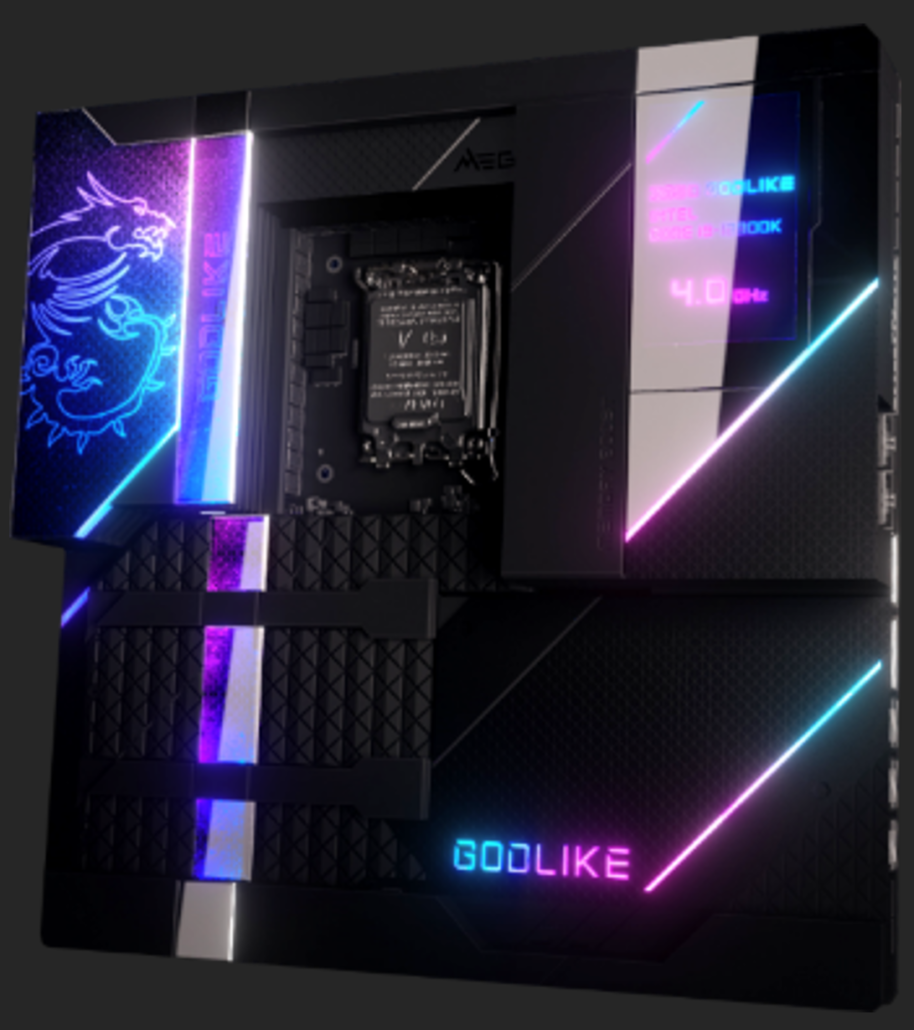 The motherboard also features a high-end audio PCB and tons of IO that include both, 10GbE and 2.5GbE LAN ports, 8 USB 3.2 Gen 2 Type-A, 2 USB 3.2 Gen 2 Type-C, and dual Mini-DP ports. The rear IO panel also features Clear CMOS and BIOS Flashback buttons. With all these features, the motherboard is expected to cost above the $1000 US price range so we will make sure to provide you with more information in the coming days. Reviewers kit will include the motherboard, 32 GB DDR5-6000 Kingston Fury memory and the an MSI MEG S360 AIO liquid cooler.