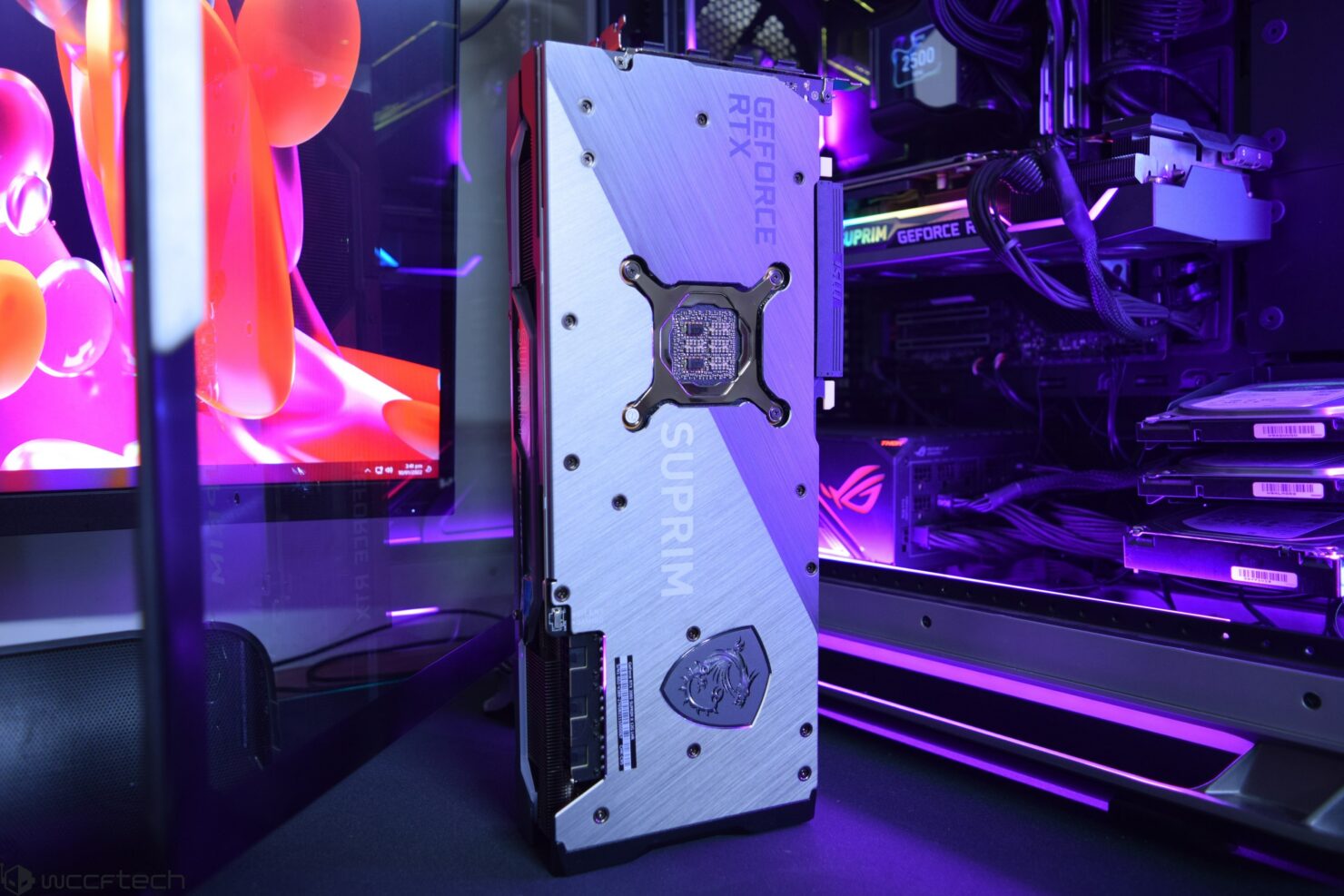 NVIDIA's GeForce RTX 3090 Ti graphics card is going to feature some insane custom designs such as MSI's flagship SUPRIM X model. These graphics cards will be the most power-hungry and most powerful products ever produced for the ultimate enthusiasts out there and also those with huge wallets.

Update: It looks like the final specifications might be different from the ones listed below as MSI has stated to us.

The NVIDIA GeForce RTX 3090 Ti is everything, extremely powerful, extremely pricey, and extremely power-hungry. It's the ultimate graphics card for those who don't care about power draw or price & just want the best of the best out there, kinda like a flex. The MSI SUPRIM X variant is going to be a fast custom model, so fast that it's going to be priced up to $4500 US if early listings are anything to go by.

The specifications of this beast of a graphics card have been leaked @wxnod and they are simply put SUPREME! in all regards. So starting with the basic specifications, the NVIDIA GeForce RTX 3090, will have a total of 84 SM units on its flagship which results in a total of 10,752 CUDA cores (vs 82 SM / 10496 cores on RTX 3090 Non-Ti). In addition to the CUDA cores, NVIDIA's GeForce RTX 3090 Ti also comes packed with next-generation RT (Ray-Tracing) cores, Tensor cores, and brand new SM or streaming multi-processor units. The reference model will run at a base clock speed of 1560 MHz and a boost clock speed of 1860 MHz with a TDP of 450W. 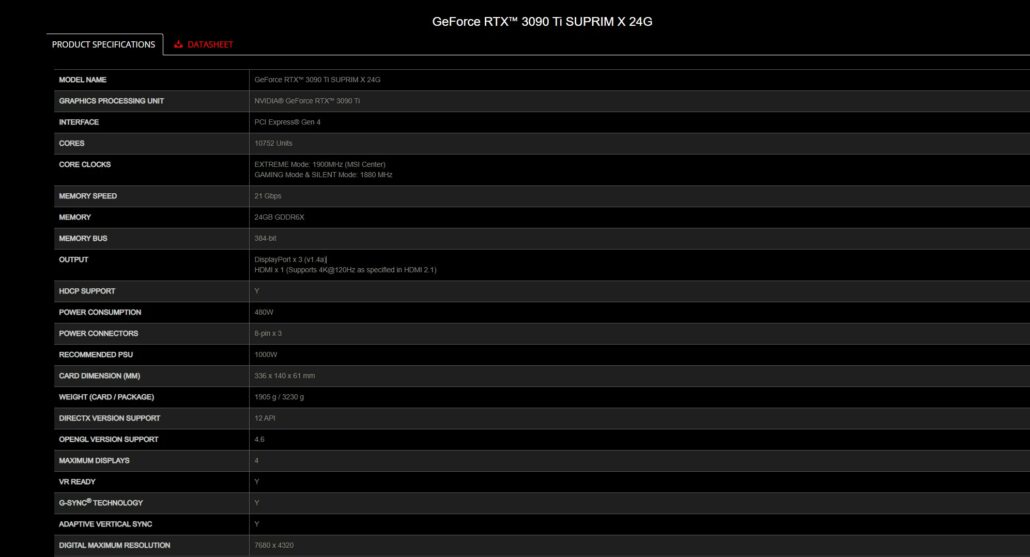 MSI, however, is taking things up a notch by pushing the out of box Gaming/Silent profiles to 1880 MHz and there's even a third GPU profile known as 'Extreme Mode' which can be enabled through MSI Center for a boost clock of 1900 MHz. The card will also feature a increased TDP of 480W. That is a 30W increase over the reference and a 60W increase over the RTX 3090 Non-Ti model.

But wait, that's not all, while the standard RTX 3090 SUPRIM X had a recommended PSU requirement of 850 Watts, the RTX 3090 Ti SUPRIM X has a 1000W PSU recommendation. The card will still be powered by a triple 8-pin connector configuration and the display outputs will remain the same. 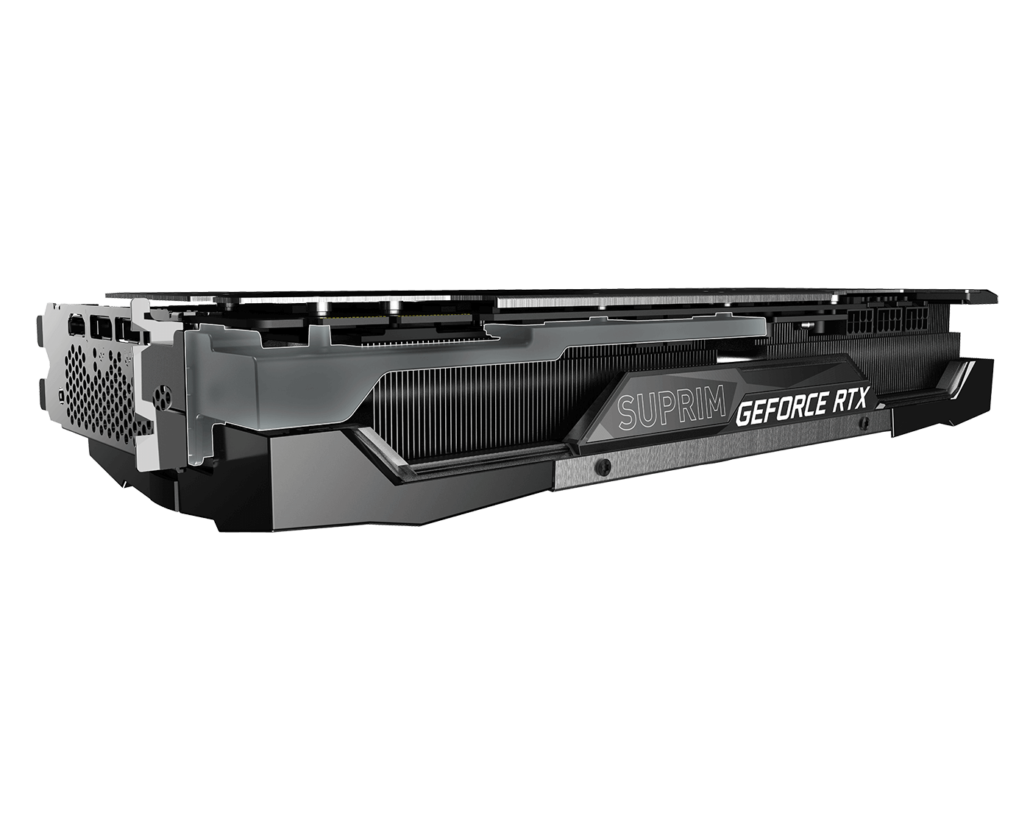 The MSI SUPRIM X will be the flagship custom model from the manufacturer.

In terms of memory, the GeForce RTX 3090 Ti comes packed with 24 GB of memory and that too the next-generation GDDR6X design. With Micron's latest and greatest graphics memory dies, the RTX 3090 Ti can deliver GDDR6X memory speeds of 21 Gbps. That along with a bus interface of 384-bit will deliver a cumulative bandwidth of 1008 Gbps. Interestingly, while the card features almost the same design as the RTX 3090 SUPRIM X, it looks like there are a few extra components and thermal padding which adds 10 grams additional weight to the card over the Non-Ti SUPRIM X model.

The graphics card is expected to be fully unveiled later this month or a in a few weeks so stay tuned for more information such as pricing and availability.