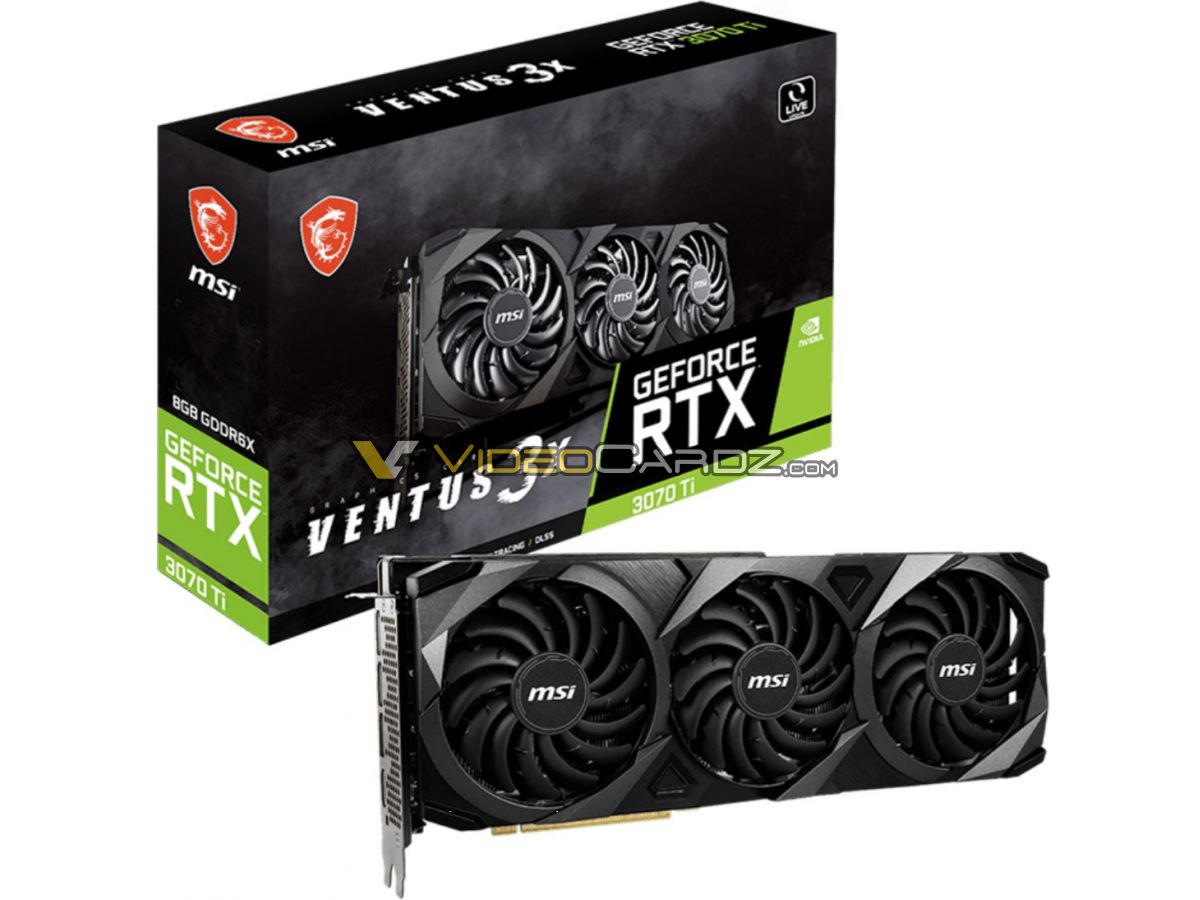 Another day, another leak by Videocardz. The box art and graphics card design for MSI's upcoming RTX 3070 Ti SUPRIM X and VENTUS 3X has leaked out. A lot of the specifications and details had already been leaked previously through a Micron document but they have now been more or less confirmed thanks to WhyCry. 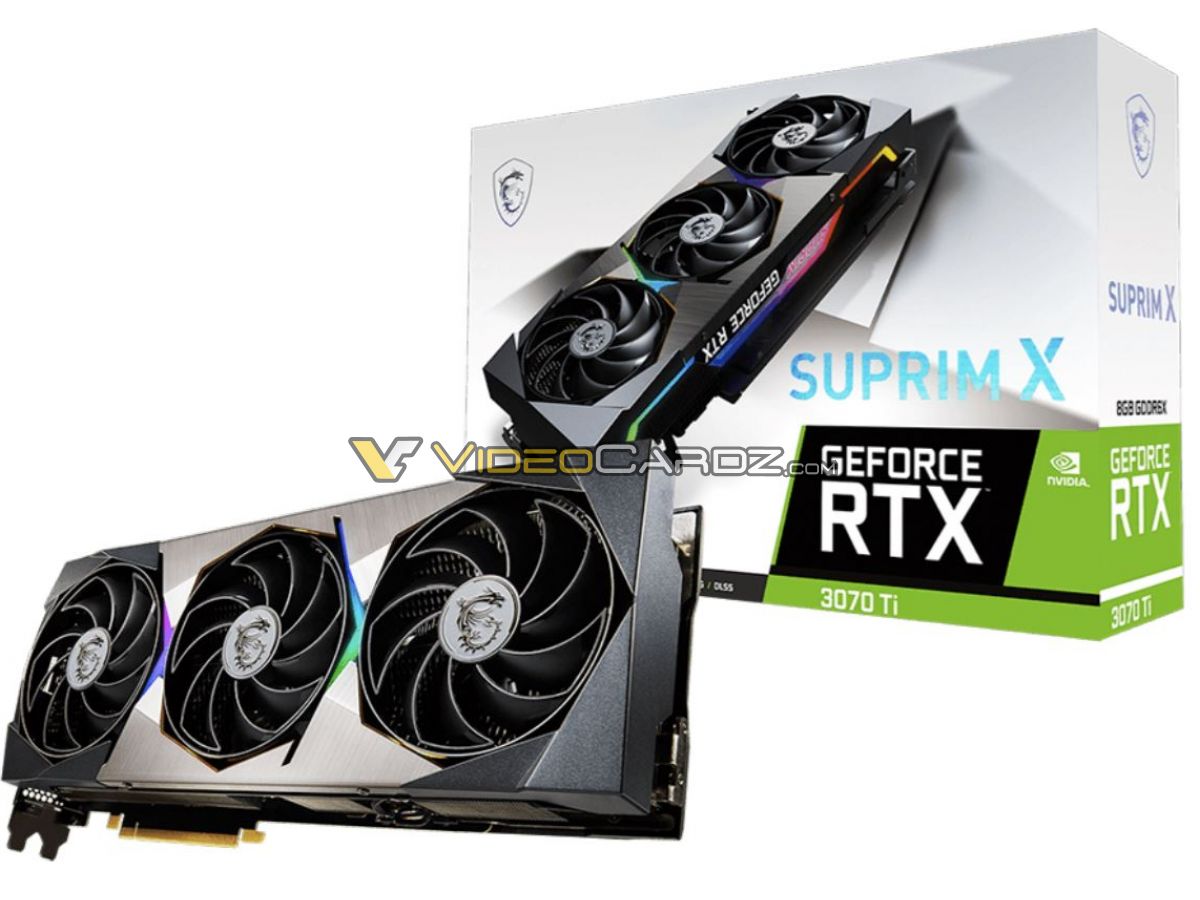 MSI is looking to launch two variants of the RTX 3070 Ti: SUPRIM X and Ventus 3X. Both will have roughly the same design as the RTX 3070 in terms of aesthetics and feature the G104-400 GPU wigh 6144 CUDA cores. The GPU will be mated to 8GB of GDDR6X memory (the non-Ti variant only supports GDDR6).As far as other differences go, the Ventus 3X will have a clock speed of 1800 MHz and a TDP of 290W. The card will be powered by dual 8-pin connectors. 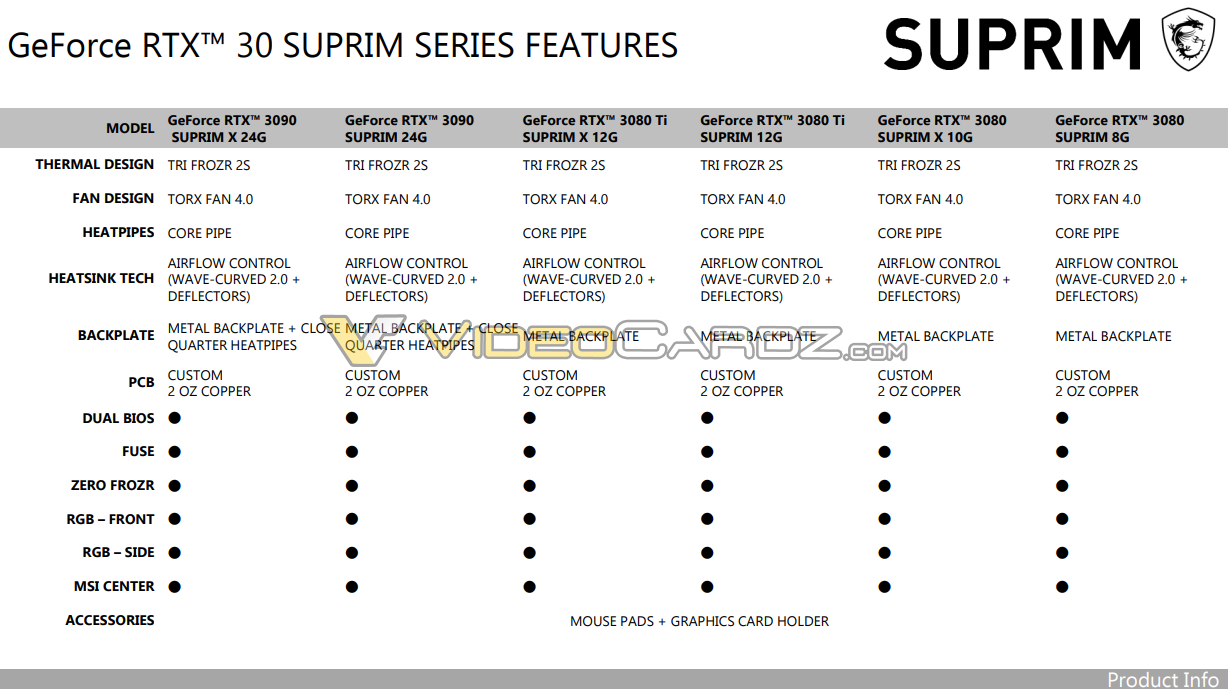 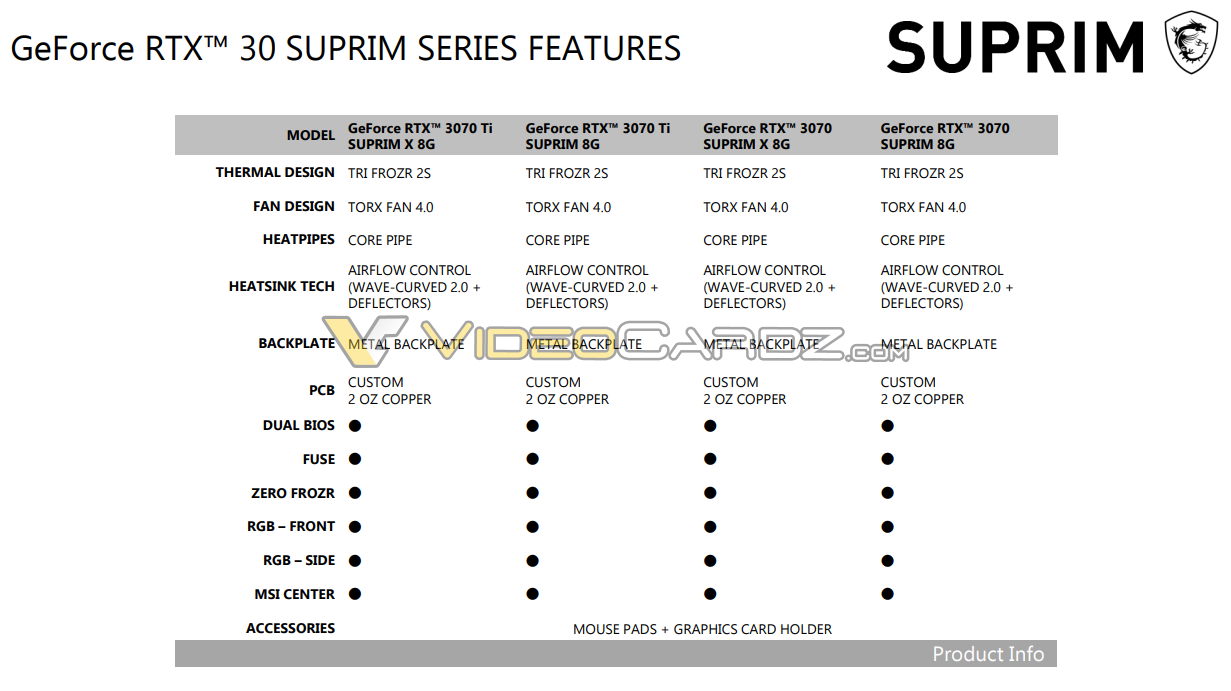 Both of these graphic cards are currently expected to be announced on May 31 with a launch expected by 10th June. It would also be very interesting to see how much NVIDIA cripples mining performance on these cards. If they manage to cripple it to a large enough extent, we might just see these cards available for close to MSRP from AIB and retail partners although I wouldn't hold my breath about it.