The Pascal GPU from Nvidia has finally been spotted on Zauba, which has historically been one of the most rock-solid sources of information in the past. Recently however, companies have started employing stealth tactics to hide their shipments from our prying eyes. Not only have they now started scrambling codenames of the GPUs they ship, but if this recent information is to be believed, they are now using different ports to ship prototypes of the graphic cards. And far as their effort goes – they have been pretty successful. The good folks over at Beyond3D however have spotted something which is suspected to be a GP104 chip. 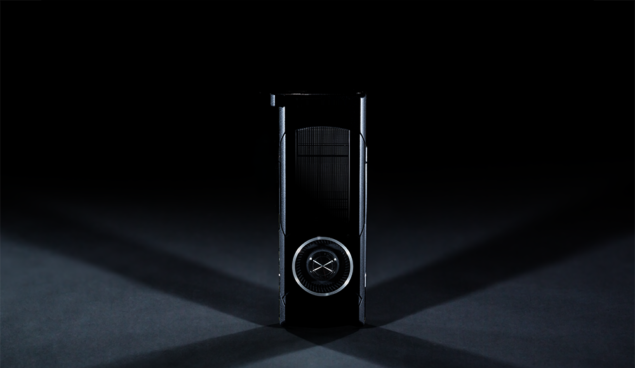 The first thing you will note is that the HS Code, the shipping area, none of these things are where Nvidia usually ships from. Which means that either this is the latest in their attempts to protect information or this particular chip might not actually be related to Nvidia. The source however, appears to have inside information and is very sure of itself. Still, because of this uncertainty, I would urge you to take this one with just a grain of salt – a first for a Zauba sourced article. The post at Beyond3D was spotted by Videocardz and mentions a 35mm2 package with 2152 pins around – which we assume is the GP104 chip.

Now the package dimensions of the GM204 was around 40 mm2, not only that, but the GM204 had less pins – around 1745. This means that only is the GP104 Pascal chip smaller in size than the GM204, but it will be far denser. The GM204 has a die size of 398 mm2 and according to the ratio that we can derive from the difference in package dimensions – the GP104 should be around 300 to 350 mm2. We know that Nvidia is employing TSMC for the fabrication of its GPUs and we also know what their estimates are for performance increase with the jump to 16nm FinFET. 16FF+ will be approximately twice at dense and will be able to achieve higher speeds than before. Nvidia itself has stated a performance jump of 2x.

This of course means that Nvidia's next generation pascal graphic card featuring that the GP104 die should be able to run circles around the GM204 based GTX 980 and even outperform the the GM200 based 980 Ti. Ofcourse, we aren’t even accounting for architectural gains here – which are usually significant as well – and will only increase the margin between the two generations. Nvidia has already stated that HBM2 memory will be used in Pascal graphic cards and with the recent advent of GDDR5X, that becomes a possibility for mid-tier offerings as well. Another interesting thing we can notice on the shipping manifests is the use of liquid cooling - something that might be a stock feature of future Nvidia GPUs as well - following AMD's lead.

Pascal GPUs are slated to be pretty damn amazing. They will feature 4X the mixed precision performance, 2X  the performance per watt, 2.7X memory capacity & 3X the bandwidth of Maxwell. We will be seeing the GP104 flagship this year, and the GP100 one as well near the end (if we are very lucky). It is worth nothing that the GM200 taped out in June and hit the shelves in March. That is a total time of approximately 9 months. The GM204 on the other hand took only five months to hit the shelves from its tape out date. Since we are on a younger node however, the schedule could be different this time around, making it harder for large dies to be produced economically.