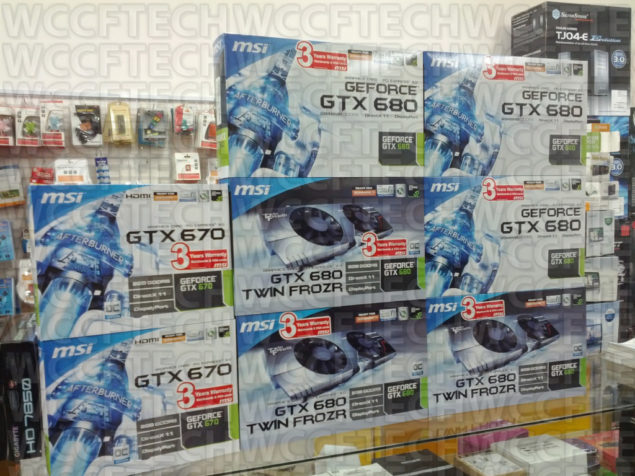 MSI's upcoming GeForce GTX 670 OC edition has been exposed through an Malaysian based retailer. The GeForce  GTX 670 is currently an unreleased GPU by NVIDIA, We detailed the specifications of this SKU in our previous post here.

The MSI GeForce GTX 670 being an factory overclocked model would come with pumped up core/boost clock frequencies, The 2GB (256-bit) memory however would run at stock speeds.Other specifications include 1344 Cuda Cores, 112 TMUs, 32 ROPs. Power would be provided through dual 6 Pin connectors while display outputs would remain the same for example 2 DVI, HDMI and a single display port.

The card would officially launch and be available globally by May 7th for a price of $399. Expect overclocked models to cost a bit extra at $429. A second SKU could launch around the same time codenamed GTX 660Ti for a price of $249, Details here.

MSI Reports That $340,000 Worth of GeForce RTX 3090 Graphics Cards Were Stolen From One Its Chinese Factories