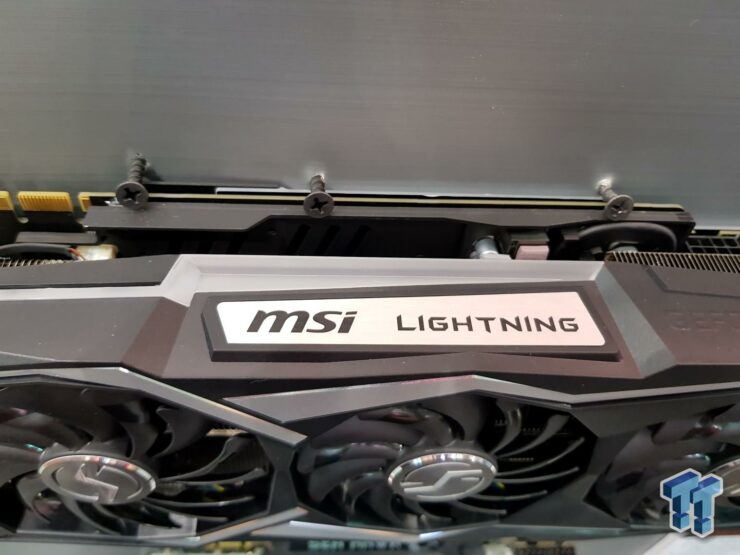 MSI has unveiled their flagship GeForce GTX 1080 Ti Lightning Z model based on the Pascal GPU architecture. This graphics card is fine tuned for the most intense overclocks using liquid or LN2 cooling. (Via TweakTown)

We have waited since the day the GeForce 10 series arrived on the market for MSI to release a new Lightning graphics card. The wait is finally over as MSI has unveiled the GTX 1080 Ti Lightning Z. The badass graphics card features a 2.5 slot design and a triple fan cooler which looks amazing. 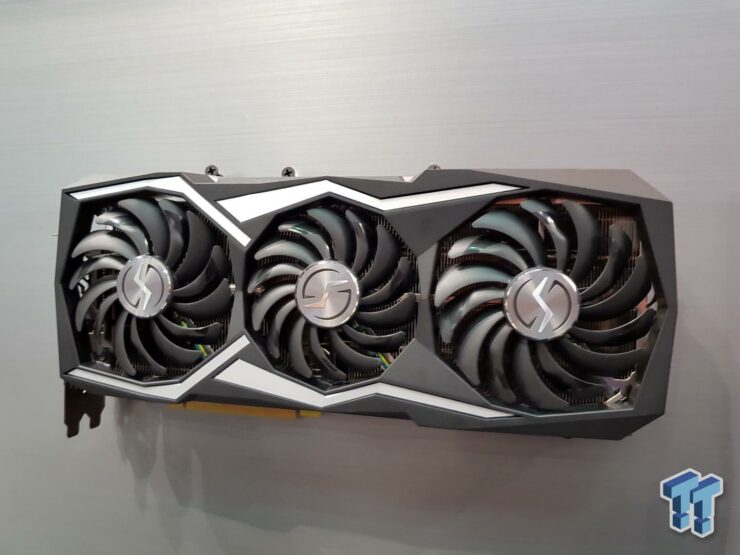 The Lightning Z features the latest revision of MSI's TriFrozr cooling solution that houses triple Torx 2.0 fans. This cooling shroud features a matte black color with white acrylic cut outs with MSI Mystic Light support. It should be noted that not all three fans are of the same length. The ones on the sides are 100mm while the one in the middle is 90mm. These fans push air towards a very dense aluminum fin based heatsink block. This heatsink is fitted with multiple heatpipes and offers great cooling for the GPU, memory and VRM chips. 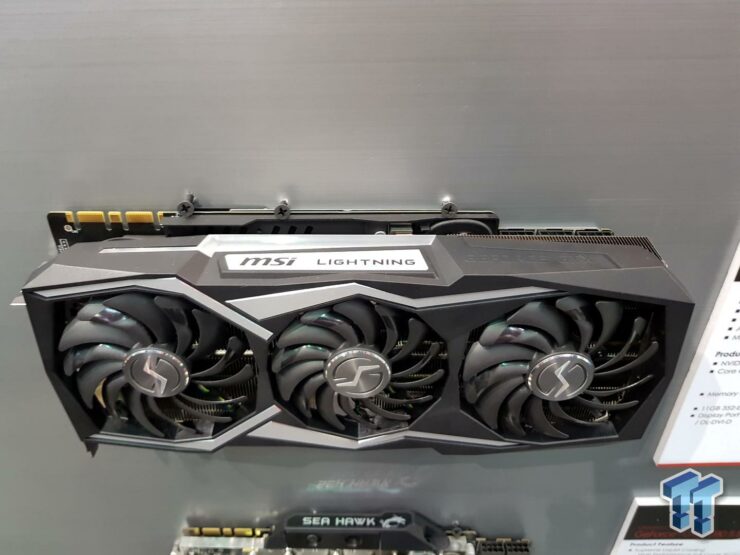 Memory on the card is 11 GB of GDDR5X VRAM that is clocked at a reference speed of 11000 MHz. With Gaming and Lightning modes, the memory overclocks to 11120 MHz for a good performance boost. The display connectivity on the card includes dual DVI, dual HDMI 2.0 and a single DVI port. There's no word on availability or pricing yet but expect to hear more details in the coming month.