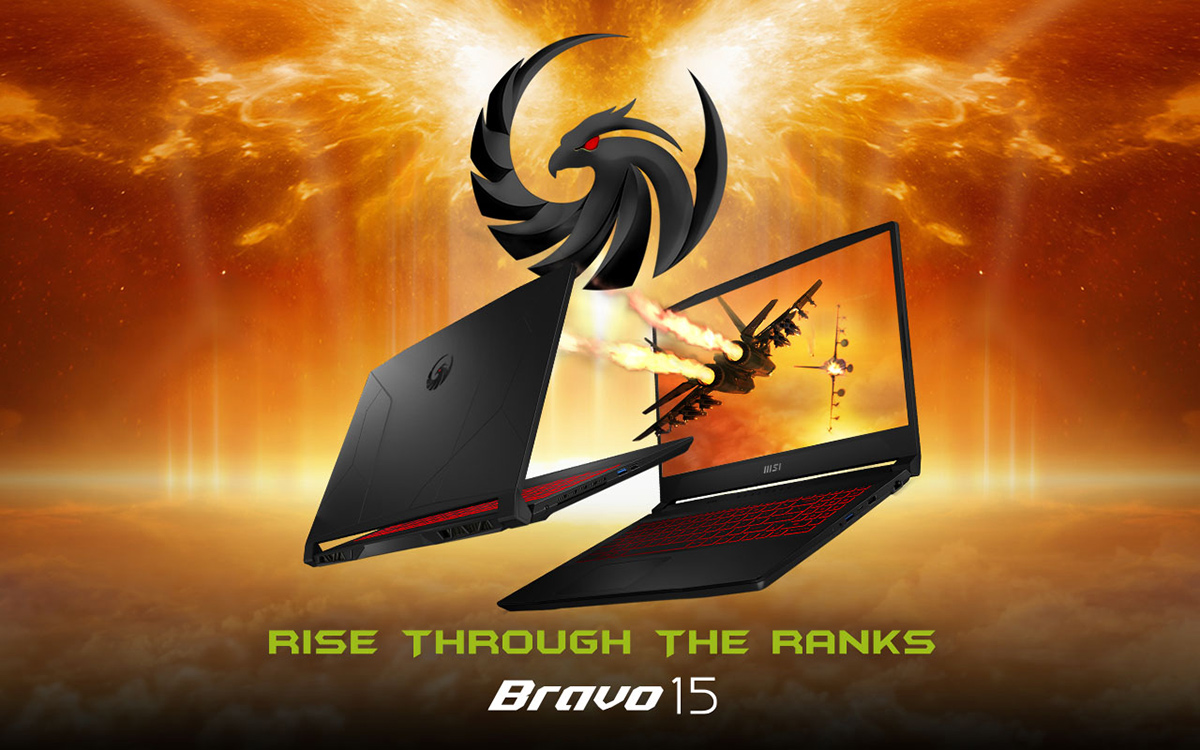 The MSI Bravo 15 comes equipped with the latest AMD Ryzen 5000 H-series laptop processors. In terms of graphics, the Bravo 15 comes equipped with the AMD Radeon RX 5500M laptop graphics card which offers features such as Radeon Image Sharpening and Radeon Anti-Lag. The laptop can come with up to 64GB of DDR4-3200 memory and has space for a single PCIe Gen3 NVMe SSD. The display on the laptop is a 15.6" FHD IPS panel with a 144Hz refresh rate.

The revamp of the MSI Bravo 15 also brings a new cooling solution to keep the laptop running efficiently and cool. The new thermal design being used on the Bravo 15 is the Cooler Boost 5 thermal technology which takes advantage of 2 fans and 6 heat pipes. The heat pipe design more effectively cools the core components. The dimensions of the laptop are 359 (W) x 259 (D) x 24.9 (H) mm and it weighs in at 2.3kg.

The MSI Bravo 15 takes advantage of the brand new MSI Center software which allows users to maximize performance by controlling and reducing unnecessary apps and workloads. Another app being offered is the MSI App player which allows you to bring the mobile gaming experience to the laptop. The Bravo 15 also has a standby feature that allows instant wakes and quicker logins while conserving battery life.

The pricing of the MSI Bravo 15 is currently unknown, but the laptop is expected to be available to purchase in the near future. The laptop looks like a great option with plenty of features for the laptop gamer.