MS Exec On Xbox Scorpio: We Announced It In Advance To Give “People That Option” 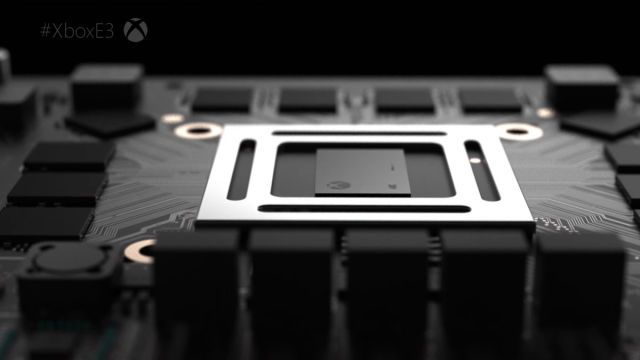 According to Microsoft, they announced the Xbox Scorpio in advance so people could figure out whether they would wait for its arrival, or get the recently announced Xbox One S instead.

In a recent interview with TechRadar, Microsoft’s ‎sr. Director of product management and planning talked about the announcement of the Xbox Scorpio and the Xbox One S at this year’s E3.

Following the Xbox Scorpio announcement, many felt that also freshly announced Xbox One S, had already become obsolete. Why announce 2 “new” consoles at the same event?

According to Penello, Microsoft wanted to avoid misleading their customers by being upfront that “something” other than the Xbox One S would arrive next year.

"We wanted to let people know in advance so that we didn't run into the opposite problem which is next year we announce Scorpio and we have people that bought Xbox One S and went 'Why didn't you tell me this was coming a year later? I would have waited”, Penello told TechRadar.

During its E3 press conference, Microsoft revealed the rough specifications of the Xbox Scorpio and promised “true” native 4K gaming without having to make comprises, and according to Penello, the information that was given, was “enough” for people to decide whether they would wait for the arrival of the Scorpio.

"I'm glad we give people that option, to figure out what makes sense for them, what's important to them. I think we have a great product [in the Xbox One S]...I'm very confident in that product and the value that it delivers, and I'm glad we told people that something else was coming next year, and to give people the opportunity to wait if they think it's going to be better for them.

"I think we've given them enough information that they can understand what's coming."

Microsoft's Project Scorpio is slated for a release next year. Meanwhile, its main rival - Sony's PS4 Pro will launch on November 10. How do you feel about Microsoft’s Scorpio announcement? Do you think they should have waited?