Motorola finally announced that the company is going to launch its Moto 360 Sport smartwatch in the US market in next year’s beginning. It is subject to be available on the 7th of January in US at a competitive price of $299 (£200) per piece. Customers in the UK and However in UK and France are going to get the smartwatch a little earlier i.e. 18th December according to reports as of now. 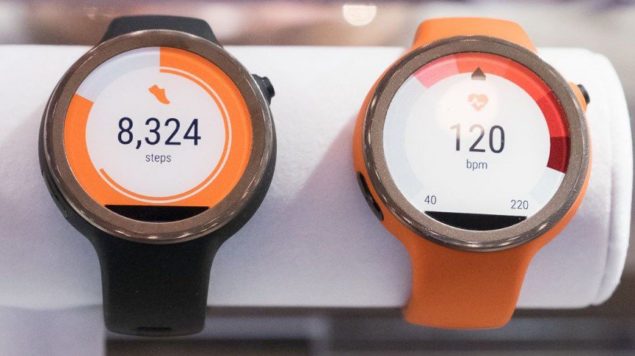 This Moto 360 Sport smartwatch functions entirely on the model of Moto 360 which was made publicly available a year ago. In addition to that, this will have enhanced fitness tracking capabilities (just like the fitness band) and a built in GPS system with a sweat proof making of the watch body. Its battery life ranges from minimum of 6 hours to maximum of around 12 hours as per the normal range of the usual smarwatches.

"Designed for sport. Built to last: Push yourself to the limit without worrying about your watch," seems to be the de facto tagline for this wearable, according to a press statement released earlier today by the multinational telecommunications company.

This new smartwatch in town is a high end Android Wear which contains all features of the Android in particular e.g. you can save all the music files you like or recordings, etc making it more easy for you to roam around with the music on (specially designed for those people who like listening to music while running around). The smartwatch is equipped with a 1.2GHz quad-core Snapdragon 400 processor with 512MB of RAM and 4GB of internal storage for apps and music

Also, this Moto 360 Sport wear has got a unique display feature which makes it stand out of the normal stream of 360 models by Motorola, it's called ‘AnyLight’ display. As the name implies, this display provides vibrant and bright colors even in the day light (outdoor visibility). This feature is an add on to the older versions, this model will be made available in the market only in a small range of colors including white, orange and black only, which is contrary to the older versions such as standard Moto 360 which was customizable according to the customers’ needs 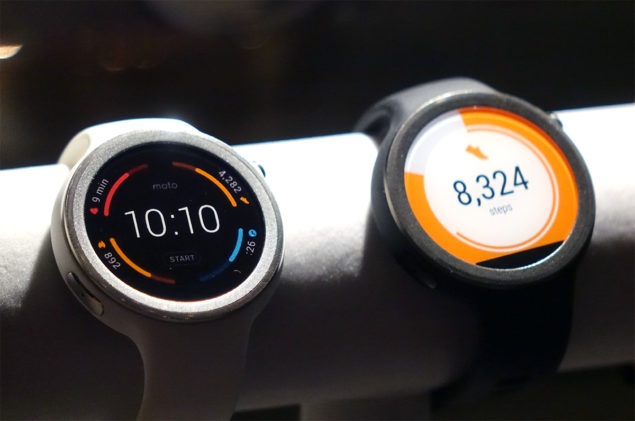