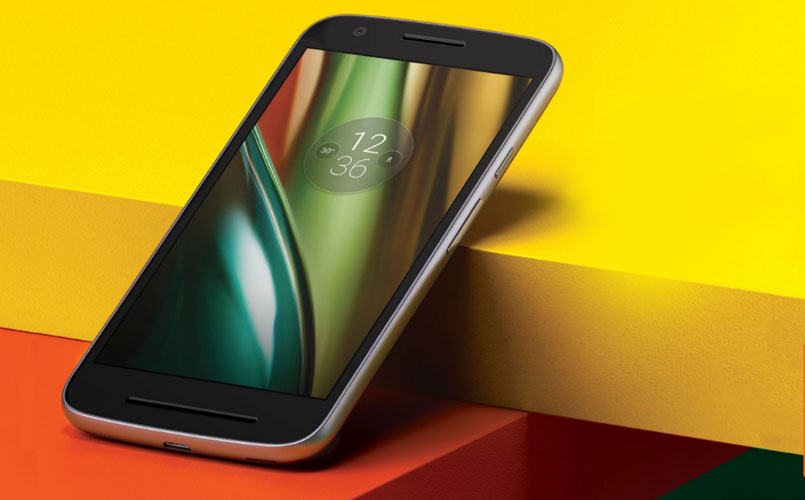 Motorola's E series has always been a favourite among the budget conscious buyers. Now, the E lineup is getting two new members in the form of Moto E4 and Moto E4 Plus smartphones. These two would be the successors to the last year's Moto E3 and the Moto E3 Power.

The Moto E4 and Moto E4 Plus smartphones are expected to debut around September as their predecessors were also announced around the same time. However, before these devices could come out in their full glory, a leak by TechDroider has revealed the live images of the Moto E4 Plus.

As shown in the leaked images, the Moto E4 Plus comes with a removable back panel and battery. Unlike most of the smartphones these days, the SIM tray on the E4 Plus is located on the back panel instead of the side panel. Same goes for the speaker placement, which is placed at the bottom left of the rear panel.

Other than RAM and battery capacity, both the phones also differ in screen size. The E4 will feature a 5-inch 1280×720 pixels IPS display while the E4 Plus would come with 5.5-inch 1280×720 pixels IPS display. Moreover, in the optics department, the E4 Plus will have a better 13MP rear camera and the E4 will sport an 8MP rear camera. Given the battery size and other specs, the E4 Plus would be slightly heavier and thicker than the E4. Both the phones will run Android 7.0 Nougat out-of-the-box.

Regarding storage, both the phones will have 16GB internal storage with a microSD card slot. For connectivity, both the E4 and E4 Plus would support 4G VoLTE, WiFi, Bluetooth 4.2, GPS, and NFC (optional). The information presented by the leaks are not confirmed by the manufacturer, which means that we should take it with a pinch of salt.