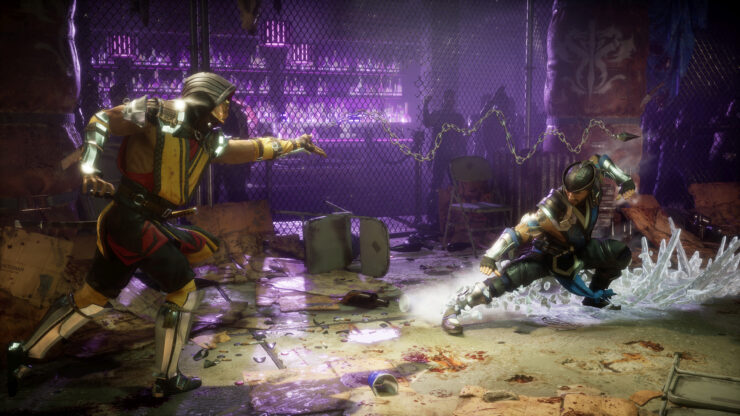 After the trailers shown at the Mortal Kombat 11 reveal event, one thing that had been made clear was that Mortal Kombat had, appropriately, dialed the gratuitous and bloody violence past 10 and up to 11. Play enough video games and you will inevitably become desensitised to nearly all grotesqueries. The developers at NetherRealm Studios, however, find delight in making even this audience wince with Mortal Kombat's monstrous Fatal Blows, ridiculous counters and infamous Fatalities.

The footage below is of the very first few matches myself and fighting game aficionado Andi Hamilton played, so do forgive the scrubby performance (from one of us, anyway). However, the footage does showcase my favorite part of MK11, which is how quickly it can be picked up. By the third match you’re dodging projectiles, teleporting behind your opponent, smashing their head into a car and generally feeling about as badass as you look. Then you both stand 5 feet apart and repeatedly try to punch one another whilst out of range. It’s still a learning process. We haven’t got enough time to check the moves list. 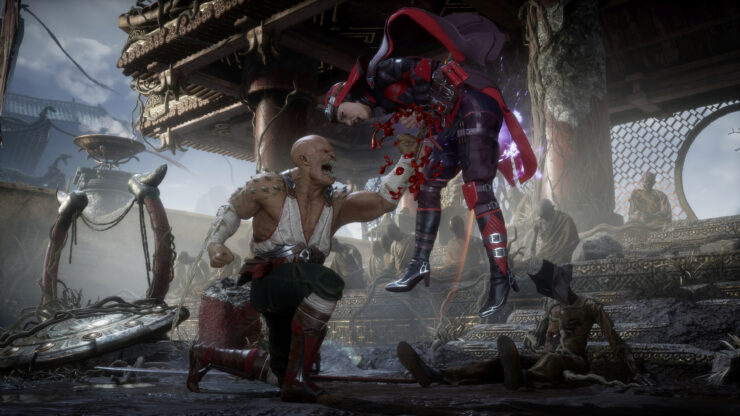 Mortal Kombat 11 feels wonderful to play as all of the character’s attack animations have a great sense of weight behind them. Every punch feels powerful, the jaw breaking uppercuts look like they are delivering the necessary impact to knock half of somebody’s teeth flying in every direction. A single look and you can see Mortal Kombat 11 is gorgeous and it has the sound to match.

I was told there was a new perfect block mechanic that rewards pinpoint timing but I’ll be honest, in the brief time I played I never saw it. There’s a new offense and defense resource, which has been separated to encourage more diverse high level plays, another thing I didn’t get the opportunity to explore due to the time constraints of the press hands-on event. Anyone who watches pro or high level players will be excited about the connotations here. There’s a lot of potential here for some incredible tournament matches. 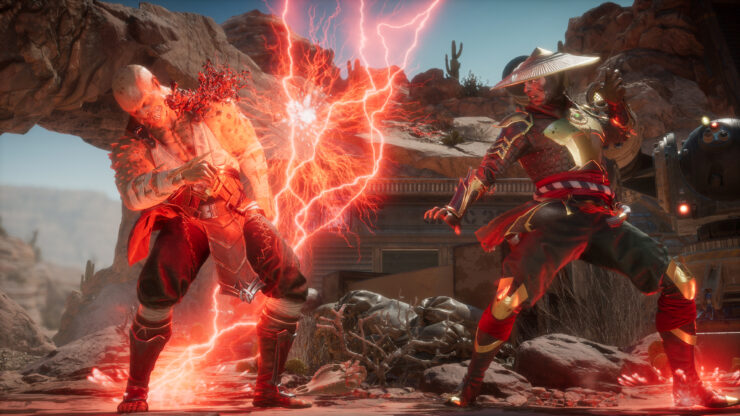 My favourite and perhaps most obvious addition is the new ‘Fatal Blow’ mechanic. Your ‘Fatal Blow’ becomes available after your health reaches a critical level, you can only use it once per match, not per round, and it is blockable. It’s the big gun you keep in your back pocket. Land the blow, and you will deal out about 25% of their maximum health. A clear game changer. The animation is as overly dramatic as such a massive attack demands.

We have seven characters announced so far, with fan favourite Barrack making a much-deserved return and the reveal of a brand new character, Garis, essentially a super buff version of The Prince of Persia. 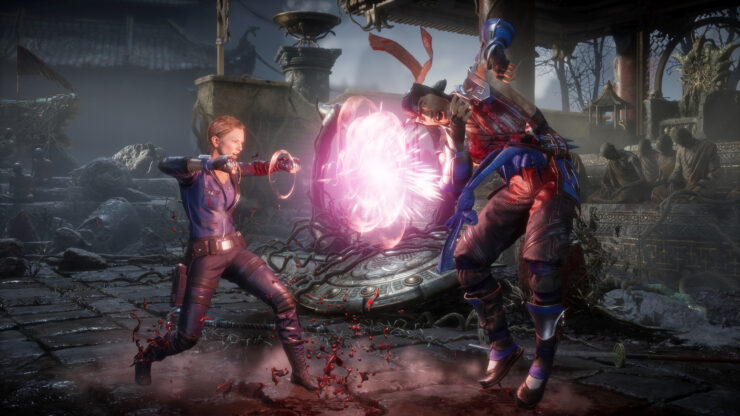 I spoke to Derek Kirtzic, a Game Designer at NetherRealm Studios, about Garis and his frankly overpowered time bending, match clock shifting powers. After taking a substantial health lead, Garis took 40 odd seconds off of the clock and then waited as the remaining nine seconds timed out. It was my most humiliating defeat.

The excitement in Kirtzic’s face as I retold the above, a match from my first thirty minutes with the game, was infectious. He spoke about how they’re proud to try out these daring and innovative ideas, that they shouldn’t be scared to explore new things in fighting games and look forward to seeing how the players utilise Garis.

Mortal Kombat 11 is already looking great, there’s still a lot to be shown and I look forward to diving much deeper into it come April 23rd on all major platforms, including the Nintendo Switch, which will be the first Nintendo console to get a Mortal Kombat game since the Nintendo DS (Ultimate Mortal Kombat in 2007).